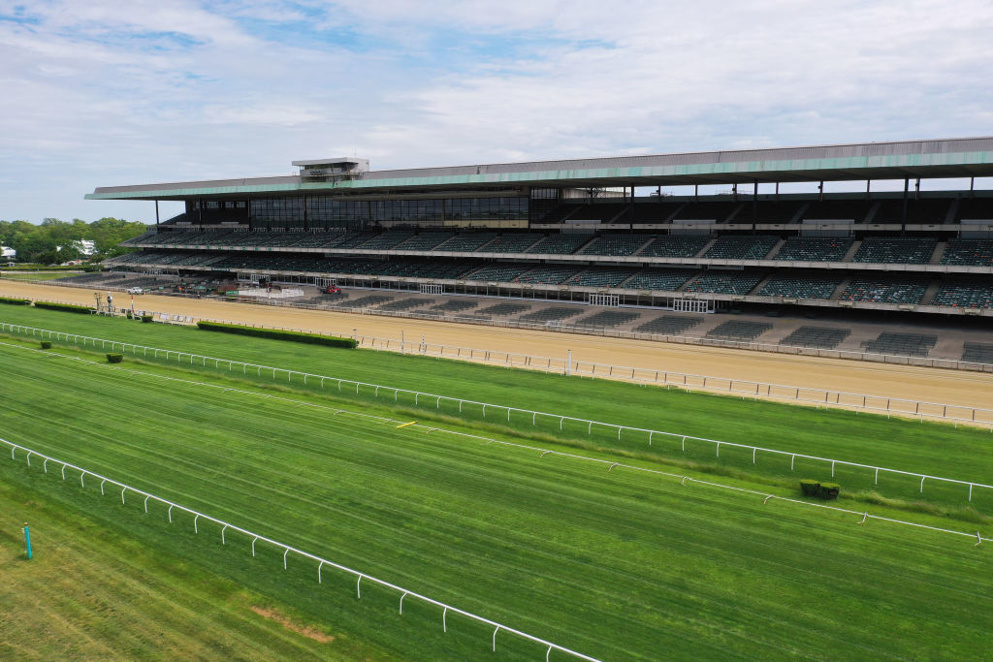 The turf took center stage yesterday, and should have a role to play on Friday. Check out J.N. Campbell's selections and analysis below ...

Before the weekend is upon us, a solid 9-race card on Friday at Belmont Park is on tap. As usual, our turf-man has you covered with picks for every race, as well as analysis of his best value plays throughout the day.

Check the forecast before you head to the tellers, because we might have a cloudy day headed our way! But the selections are bright as can be!

A high-level ALLW Co. contest is slated early on Friday, and it has some competent runners drawn in. The real question is, do you think anyone can match up with the Margotta Barn’s Good Credence #4? This filly out of the popular sire Jimmy Creed has some impressive speed figs to her record. Last out, in a 200k “Non-G” event, she was trying to battle Terranova’s Bank Sting down the lane … it resulted in a 2nd place finish, but it could be still deemed as promising. I am not terribly keen on her price, which will probably end up hovering around 8/5.

Instead, seeking some value in this 1-turn route, why not look at George Weaver’s entry, So Darn Hot #6. This filly out of the great Ghostzapper was just off-the-shelf last time not a week ago. She took a trip around the turf, but it was a disappointing 5th. Her conditioner is wheeling her back, adding “blinks,” and getting Castellano back aboard is a great move. If she drifts towards 5/1, then that would be a significant overlay. I am not sure it is going to happen. Still, I like her chances to improve. Run-backers are the ones to bet! Confidence …

One of these runners in Race 5 is going to notch their 1st victory of their career in this MSW90k contest. It is only a field of 6, so picking a longer shot that has a real chance is going to be my task. I certainly wouldn’t talk someone off favorites like Repo Rocks #1, Primary Colors #2, or Lemon Drop Road #6. All will end up being fairly low on the tote, but I don’t like any of them. One looks to be going backwards … another is untested … and the other is already tired even before this one goes off.

I would much rather send some cash towards Jose Ortiz’s mount, since this colt, Unexpected #3, could run a big one in his U.S. debut. Well-bred out of Smart Falcon (JPN), Jena Antonucci has this one training nicely, and I like the angle. He knows what a racetrack looks like, and what goes on there, so he could be a bet considering he is going to be cutting back in distance from running last year in Japan. Ortiz can handle the pressure of facing his brother, and the rest of the colony. Maybe we will get the odds pointed towards double digits … as that would really assist with this type of wager. Totally unexpected … well, that was rather the point!

In what amounts to a wide-open affair on the grass, all participants should be ready to go at a moment’s notice once the bell sounds. Out of this 9-horse field, I like a fair number of these runners, but my top selection goes to Luis Saez’s mount, Michelle Nevin’s Get the Candy #4. This filly, of course, is out of Twirling Candy, and that coupled with a nice dam named Rockin Heather, equate to some excellent lines that speak to grass ability. Coming out of the layoff, she looks fit after a ton of works that date back to March. Nevin has brought her along with patience, and she has the ability to improve after a late lackluster campaign at Aqueduct back in Nov-Dec. I want to give her a chance based on these attributes.

Thinking of a pair of others in this spot, I want to include both Uncle’s Gem #9 and Kreesa La Wrote #11. The former is a homebred for Fipke’s New York program, and she could be brazen in her debut. With Irad Ortiz riding, you know how aggressive he gets on the sod, and Linda Rice could use a big win after the year that she has had. As for the Javier Castellano mount, trainer David Donk already has this one running after 3 tries in this form cycle already. I am betting that this filly just has not found her footing yet. Once she does … she could be very dangerous in the hands of a jockey who displays brilliant instincts.

Let’s use these entries, and put together a ticket that can bring us a score! It might not be for the ages, but we will give it a whirl.

The “Friday Feature” is a high-end OC event at the 80k-level. The turf route is going to be hotly contested, and though there are only 7 breaking from the gate, it is going to be some good betting.

Chad Brown probably owns the favorite, since his runners take a significant amount of money. The Madaket machine and Michael Dubb invest in winners, and they are bringing Amy C #2, a filly who is out of Charming Thought (GB), over from France. It was just back in March that she was winning at Deauville (FR), so it will be interesting to see how she adapts to the new digs. I am not totally against her because Brown and jockey Irad Ortiz always deserve respect.

But I am absolutely bullish instead on Shug McGaughey’s entry, Third Draft #4. This Curlin filly continues to be steady, and she won a head-to-head match last time on the grass at Belmont back in early May. Her running style necessitates patience by her handler, and that is exactly what Jose Ortiz has been able to do. This Chiefwood Stables homebred can move up the class ladder in this one, and that is why it is time to strike hard with a wager that makes sense.

I like the 7/2 odds M/L, and I think if you get that, or higher, it is a major bet. Shug doesn’t quite get the notoriety that Brown does in these situations, and that is a shame. He has always had turf runners over the past decade that are incredibly competitive, and this one is no exception. Could we see this one in the Breeders’ Cup someday? Remember that I said it …

Enjoy some action from Elmont, New York! The tradition of Belmont marches on …