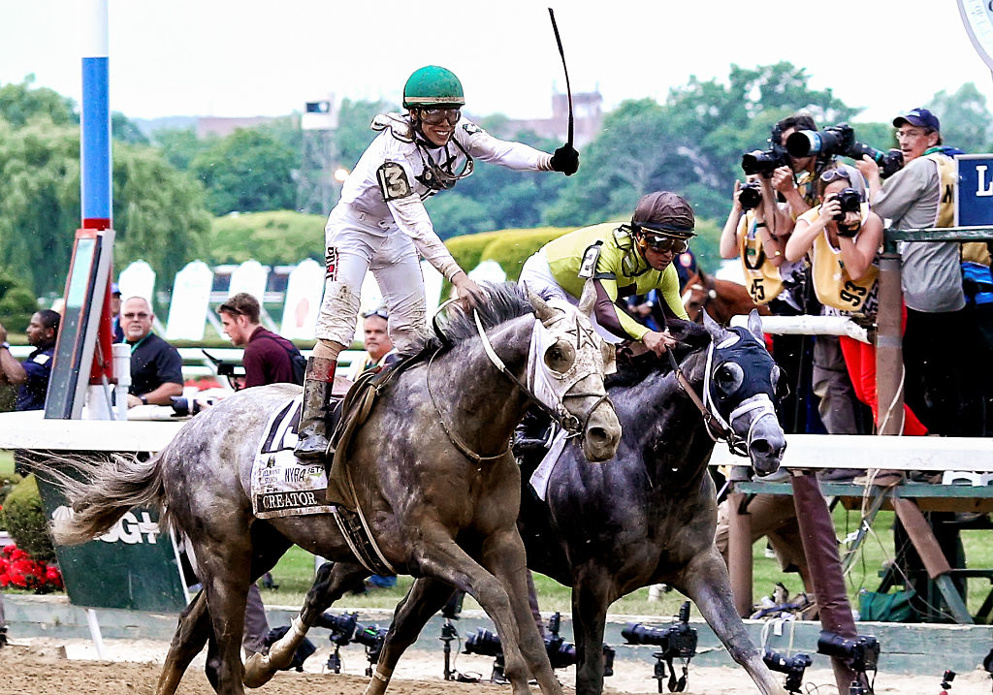 Belmont Park returns with NYRA racing action this week ... check out these selections, plus some targeted analysis below!

NYRA's September-October Meet heads into another week of racing. The Thursday 9-race card has a number of betting options that should put us to the test!

Last time out at Belmont, this colt by Munnings wanted no part of the turf course. To say it was a rough trip that day would be an understatement. Now Todd Pletcher sends him back to the surface that he is most comfortable on. If you could get 3/1 on the tote when this thing goes off, that would be a dream. I like his chances very much, and with Luis Saez back in the saddle, he should be fine. Going “Blinkers Off” is a sure sign of confidence … He should be able to power home in the sprint!

Here is yet another runner from the stable of Todd Pletcher that looks worthy of a play. I have kept my eye on this colt by Quality Road because I know he has the bloodlines to handle the grass, and it is only a matter of time before he comes back to the winner’s circle. Even though he has not done well in his last 3 races, in his defense, he was against some stiff company at Santa Anita, Keeneland, and most recently, at Belmont. If Luis Saez can exercise some patience, then his mount should have enough left in the tank for a final push to the wire. I like this trainer-jockey combination once again. Let’s play it, especially since the odds are going to be pretty sweet.

Heading to the Widener Turf Course for the “feature” on the Thursday afternoon card, we are going to somewhat take 2-turns with this setup. The Widener, if you did not know, presents some challenges for those drawn to the outside, especially if they like to be forwardly placed. The key, like in all of grass racing, is to get your mount to settle early, and hope that traffic troubles do not plague you.

In this spot, I see a number of entries that look inviting. Of course, getting possibly 2 for the price of one, makes most bettors salivate. The coupled entry of Mike Maker’s Bodecream #1 and Todd Pletcher’s Mo Ready #1A for Repole Stable are more than logical. Either one of these could be the victor, as they each have a slew of OC and “Non-G” races under their saddles. Trained by a pair of excellent conditioners, you might just “Single” here when it comes to your horizontal wagers.

Just for the sake of variety, I particularly like the Rudy Rodriguez’s Summer to Remember #8. A former Pletcher pal, this colt by Summer Front was always just on the cusp of a breakout. He never seemed to get the right grass setup that was to his liking. Maybe now that he is with a new barn, it will be a new era for him. I will not say that the switch to Manny Franco is an upgrade when it comes to lawn jockeying, but clearly Rodriguez is up for giving him a shot. At least the price will be pretty square at 9/2 on the M/L.

As for one of the other favorites, I am less enthusiastic about the venerable Barclay Tagg’s Doswell #9. This was a runner that made some noise on the turf over the past few years, and the son of Giant’s Causeway is coming back after being on the bench since last January. He had a couple of very good performances at Gulfstream Park in a G2/G3, but it is going to be a tough spot to draw into at Belmont. The hot riding Dylan Davis will get the call. He is riding with some confidence after he earned Jockey of the Week honors.

I will go long shot in this one, but try to construct a Trifecta ticket that will earn us a tasty score!