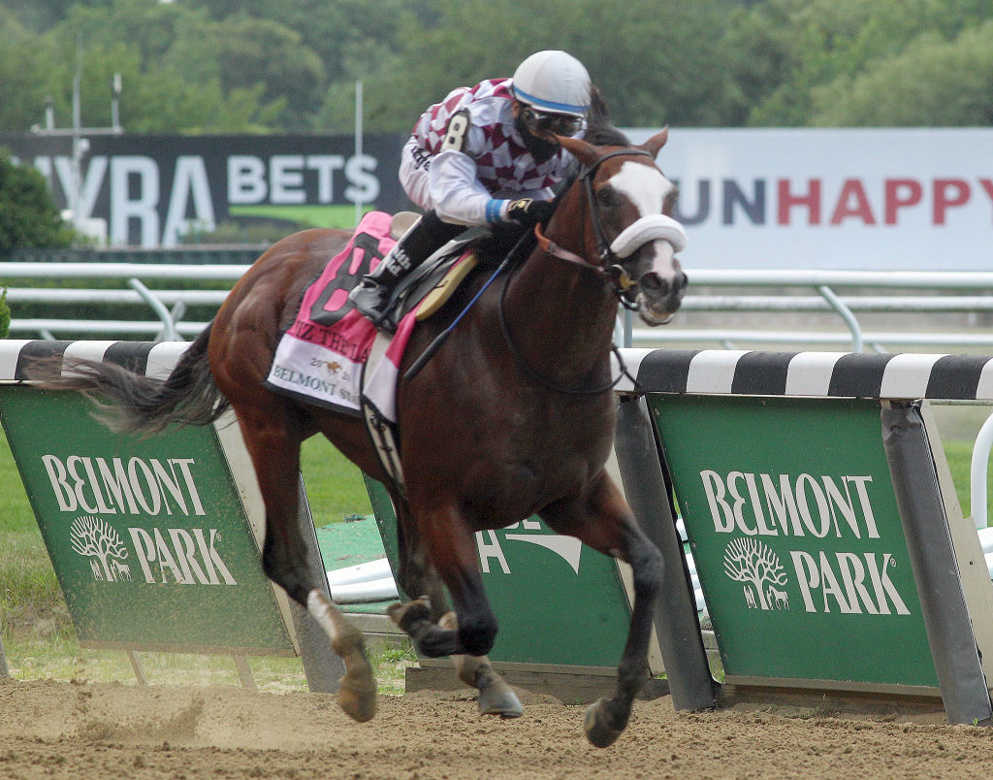 The "Home of the Belmont Stakes" ... NYRA's gem is undergoing a major renovation in-and-around its complex. In the meantime, we have you covered with picks and analysis!

NYRA's Belmont Park keeps rolling ... rain or shine! Their September-October Meet, with a variety of conditions is sure to be a test for even the most-seasoned of handicappers.

At Horseracing.net/us we have you covered, as a variety of Breeders' Cup implications on the table, plus a bevy of other stakes action, it is a good time for some of the best that North American racing has to offer. Stay tuned!

Out of a good group of NY breds, I fancy the Danny Gargan gelding because he puts a solid runner out on the track pretty regularly. This one out of War Dancer has already accomplished quite a bit in 4 attempts. He came up in an MC race at Gulfstream Park and ended up 2nd. Though it took him a couple of races, he finally broke his maiden last time at Saratoga. That speed fig he posted in a tough MSW Co. contest was solid, but what matters more in turf racing is the ability to rate. He and rider Luis Saez did that to perfection last time. They can again … lookout for this one when the top of the lane arrives.

How do you solve a problem like a M/L favorite that is 1/1? Take a shot with a higher-priced runner that is doing something that they haven’t … That is the case with this gelding out of Mineshaft. The 3-yr-old tried a couple of tough MC events, and it just did not work out sprinting on the MT at Saratoga. Switching venues might do just the trick, and yet another development on the plus side is the employing Dylan Davis in the irons. I like both those facts, and Ray Handal is a solid local trainer with some excellent conditioning ability. Who doesn’t like a price like 8/1 …

This might only be a 6-horse field, but it is the “feature” of the day, with good reason. Most will gravitate in this spot to Kelly Breen’s November Rein #6. The 2-yr-old filly owned by Mr Amore Stable jumped from a MSW85k event into a “Non-G” Saratoga contest, and she pulled off wins in both. Jose Ortiz was excellent guiding her to victory … If this Street Boss sprinter is that quick up front, then she is going to be very difficult to match. That last contest only had 4 runners drawn in, so maybe this company will be more of a challenge.

Thinking along those lines, if we are talking about seeking some value, then what about the David Donk entry, Shesawildjoker #5? Her price may float towards 5/1 or higher, but there is much to like in this one. Though she could not game with those in the Adirondack (G2) like Wicked Halo, that doesn’t mean she cannot bounce back in this spot. John Velazquez gets another chance, and he doesn’t always miss twice. These offspring of Practical Joke are on the make when it comes to value, and I wouldn’t count any of them out. Thinking about putting this filly on top, would not be a poor plan.

As for one more that entices … Todd Pletcher’s prowess with 2-yr-olds is well-known, and we saw it on full display during the Saratoga Meet. One of those victories was from Classy Edition #4, romped by 6+ lengths in her debut. Breaking your maiden first out is not easy whatsoever, especially in a 10-horse field @The SPA. Irad Ortiz is once again at the controls, and do not expect him to let up. This is going to be a heck of a contest rolling into Friday.