Belmont Park Picks: Channel Maker the one to beat on July 8 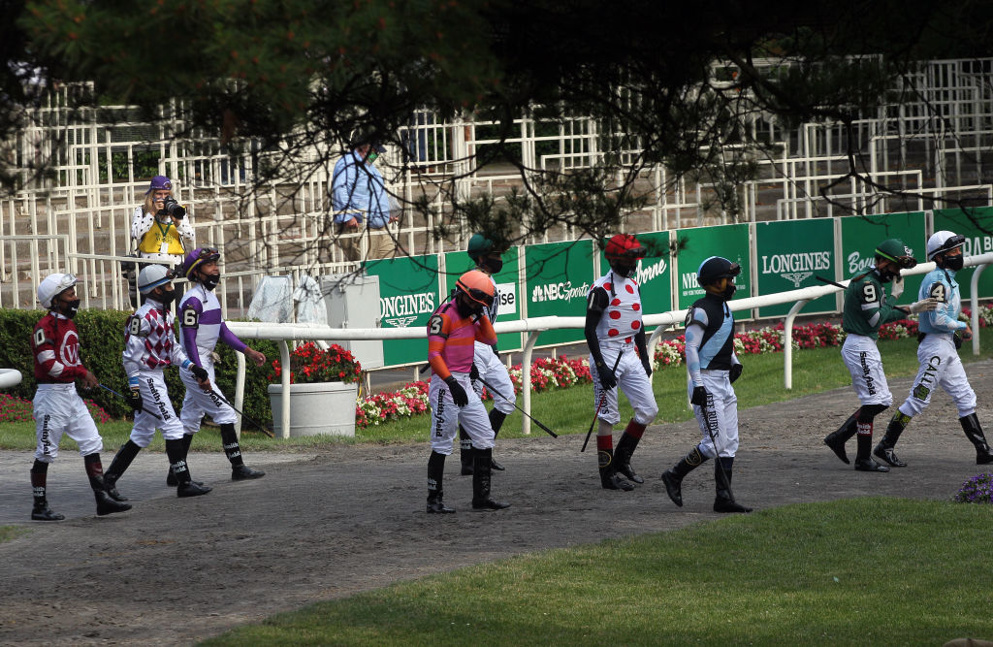 The NYRA jockey colony is poised to crown another "leader" this weekend at Belmont. Dylan Davis has a slight lead over Irad Ortiz ... who gets it done? We shall see ...

July Fourth ... the holiday weekend is complete. Todd Pletcher's 1-2 score in Belmont Stakes is now history too, but it will not be forgotten, especially by Repole Stable. It is time to turn our attention to the rest of the Meet, which is racing towards a conclusion on Sunday. Celebrated Saratoga is on-deck. There is much to be done in Elmont though ... so, tune in!

Trainer Jonathan Thomas might not have an expansive stable when it comes to numbers, but he is a conditioner that works hard with what he has in the barn. I like this filly by Kantharos, and she should be able to return to Belmont with some great form. Her trainer shipped her to Keeneland, then over at Churchill, and she ran a couple of nice races against Illegal Smile and Richie’s Great Girl. The Belmont course is one that she knows well, and having Luis Saez in the irons for the 4th start in-a-row gives me some major confidence that she can win. If you get anything above 7/5, then that qualifies as value.

HOF trainer Bill Mott is sending this talented mare by Tapit back to Belmont for another try on the turf. She certainly cost a pretty penny at the Keeneland Sale in April of 2019 … $1.3 million … wow … In 4 career races, which have spanned 3 years (she was off in ’21), the results just have not been there. That does not mean that the 5-yr-old cannot turn things around in the present. Maybe she has other things on her mind other than racing? Whatever the case, I want to try and give her another chance. She gets Jose Lezcano, and with a cutback in distance, that could be the opportunity that she needs.

On the last Friday before Belmont closes for the summer, we have a salty group of turf routers that will be contesting this 1½ distance. This will be a major test for all involved, and even though there are only 5 drawn-in, the quality is pretty strong. I already know that I am wanting to try and find an entry that can beat Bill Mott’s veteran turfer, Channel Maker #3. At 4/5 on the M/L, that doesn’t qualify as much in the way of value, and there are certainly other ones in here with the legs to get the job done in the end. There is no question that the HOF conditioner has this one ready to go at a track where he has competed on 11 other occasions. Still, I much prefer the look of Christophe Clement’s Soldier Rising #4. A gelding by Frankel (GB), he has a strong affinity for the Belmont green, and should be able to stretch out a bit further after a worthy prep going 1 3/8 at the OC62.5kn2x level last month. That score, with Jose Ortiz in the irons, was impressive because he faced some major adversity down the stretch. Thinking about one more runner that deserves a chance, I wouldn’t count out Chad Brown’s Highest Honors #5. A 6-yr-old by Tapit, owned by Bill Farish, this runner was a price (13/1) in the Louisville (G3) last out at Churchill Downs. He chewed up the turf with over a furlong to go, and that showed just what kind of gears he possesses. The addition of Flavien Prat is welcome, and I would not be surprised if he is in the mix late in the race. This should be an interesting one to wager and watch!

The Summer Meet at Belmont is almost complete! Enjoy it while it lasts … Be sure to follow us on Twitter … @Horseracing_USA !!!