Belmont Park Picks & Analysis for May 15 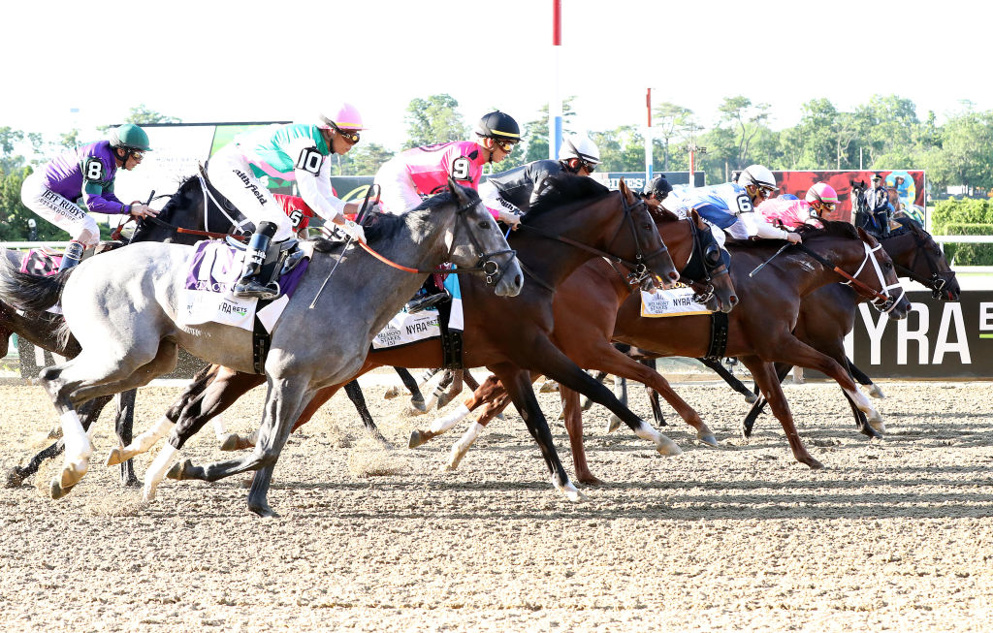 A full slate of races is on the docket for Preakness Day at Belmont Park, led by the G3 Soaring Softly, which came up a fun and competitive race. As usual, our in-house handicapper has broken down the action at Belmont, with picks for the whole card and additional analysis of his strongest opinions throughout the day.

If you're looking for picks elsewhere around the country on Saturday, including Pimlico, be sure to check out our Free Horse Racing Picks via the gold button below.

Most Likely Winner:  Dreams of Tomorrow (Race 5) - The fifth race features a small allowance field, and despite a couple other runners from top outfits, there’s little standing in the way of Dreams of Tomorrow, who was a completely different horse last out without blinkers. Prior to that race, a strong third-place finish in a stakes race at Pimlico, Dreams of Tomorrow merely fit with this group, but if he’s able to repeat that effort he’s going to be awfully tough to beat. I’m banking on the equipment change being the key to unlocking this guy’s full potential.

Best Value:  Heirloom Kitten (Race 9) - I think you can forgive Heirloom Kitten’s last race, a poor run in the 1 ⅜-mile Stud Muffin at Aqueduct Racetrack, and his prior form at Aqueduct is rock solid. I fully expect him to get back to those races for the talented Ray Handal, and with so much murky form in this race that gives up a big edge on his competition. At 6-1 on the morning line, I think he’s a strong play.

Other Races of Interest:  Race 1 - Preakness Day at Belmont Park begins with a rather confusing optional claimer for fillies and mares, though one thing I know is I’m not interested in any of the short prices. Instead, I’m going with Truth Hurts (#3), who ran reasonably well in her last start at Belmont and should appreciate the added ground she gets in this spot. Truth Hurts showed some real ability last year as a 3-year-old, and I’m expecting her to take another step forward on Saturday.

Race 10 - The G3 Soaring Softly is a fascinating race at seven furlongs on turf for 3-year-old fillies. Talented sprinter Tobys Heart (#6) is undoubtedly the filly to beat coming off a victory at Keeneland in the Limestone Turf Sprint that earned her an 88 Beyer Speed Figure, however I prefer Star Devine (#9) at better odds. Take nothing away from Tobys Heart, she’s a quality filly, but Star Devine showed true star potential in her debut at Aqueduct on April 8 when she closed furiously to mow down a field of maidens. The win netted her a Beyer of only 76, which leaves her well short of the favorite, however I’m expecting her to move way forward in her second start, especially with an additional furlong to negotiate.