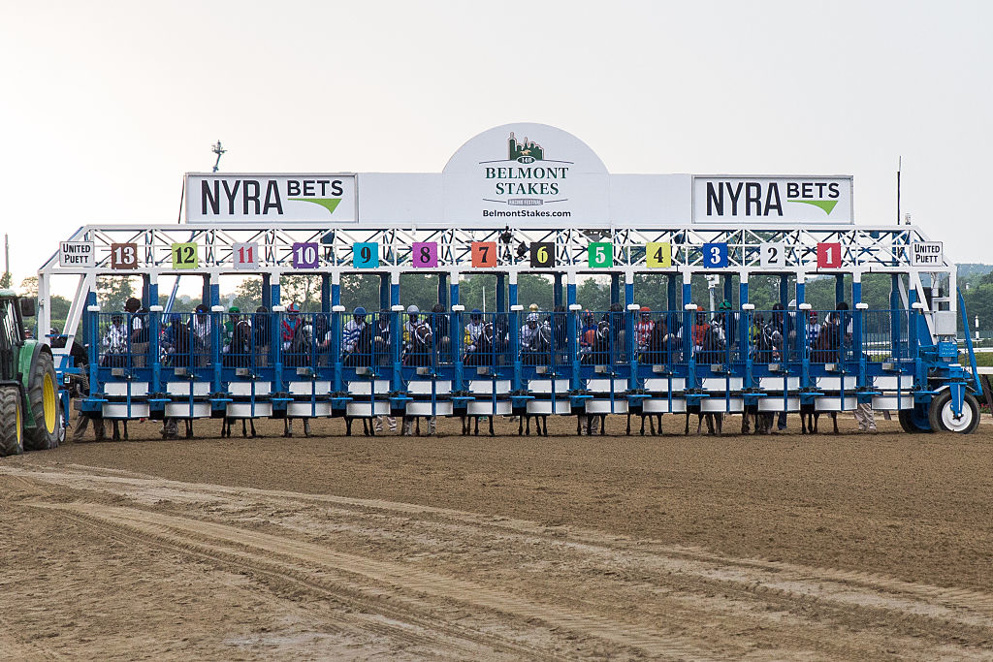 A compelling card awaits bettors on Saturday at Belmont Park led by the Dancin Renee for New York-bred filly & mare dirt sprinters. As usual, our in-house handicapper has you covered with picks for every race and additional analysis of his strongest opinions throughout the day.

If you're looking for picks elsewhere around the country on Saturday, be sure to check out our Free Horse Race Picks via the gold button below.

Most Likely Winner:  Southern Flag (Race 2) - There are a couple others who look like they can run in this race, including an uncoupled pair from the barn of Chad Brown, but it’s going to take a monstrous effort from one of them to take down Southern Flag, who ran extremely well in his debut here on May 14. Going a mile in his first start for Hall of Fame trainer Bill Mott, Southern Flag tracked a fast pace and was bottled up at the top of the stretch before he got into the clear and closed strongly to just miss. He earned an 81 Beyer Speed Figure for the effort, which is a formidable number, and it’s very likely he improves upon it in this spot.

Best Value:  Big Everest (Race 4) - Like Race 2, there are some legitimate runners among this maiden field, but it may not matter if Big Everest comes back running as a 3-year-old. This guy ran a big race in his debut last fall behind Hard Love, who has blossomed into a top sophomore turfer, and there’s a high probability he improves in his first start at 3 as he adds Lasix for the first time in his career. The Christophe Clement barn has cooled off a bit lately, but I expect this one to add to his tally.

Other Races of Interest:  Race 3 - There appear to be a couple vulnerable favorites in this 16k claimer, chiefly Pubilius Syrus (#3), who is taking an alarming drop in class as he ships to the East Coast for trainer Vladimir Cerin. Instead, I prefer the old warrior Hammerin Aamer (#7). He’s probably going to get looked down upon because he’s taking a slight rise in class and was claimed out of his last race by the low-percentage Oscar Barrera, but this guy seems to run well regardless of who is training him, so I think another quality effort is forthcoming.

Race 8 - The Dancin Renee is another race in which I’m not thrilled with the short-priced entrants, so I’m going to take a shot here with Ruvies in Time (#4). After closing out the Aqueduct meet with a couple of strong performances, this mare regressed noticeably last time, however that race came against open company, and the winner Aunt Kat is a serious racehorse. If Ruvies in Time is able to get back to her win in the Videogenic two back, there’s no recent she can’t beat this field at a square price.