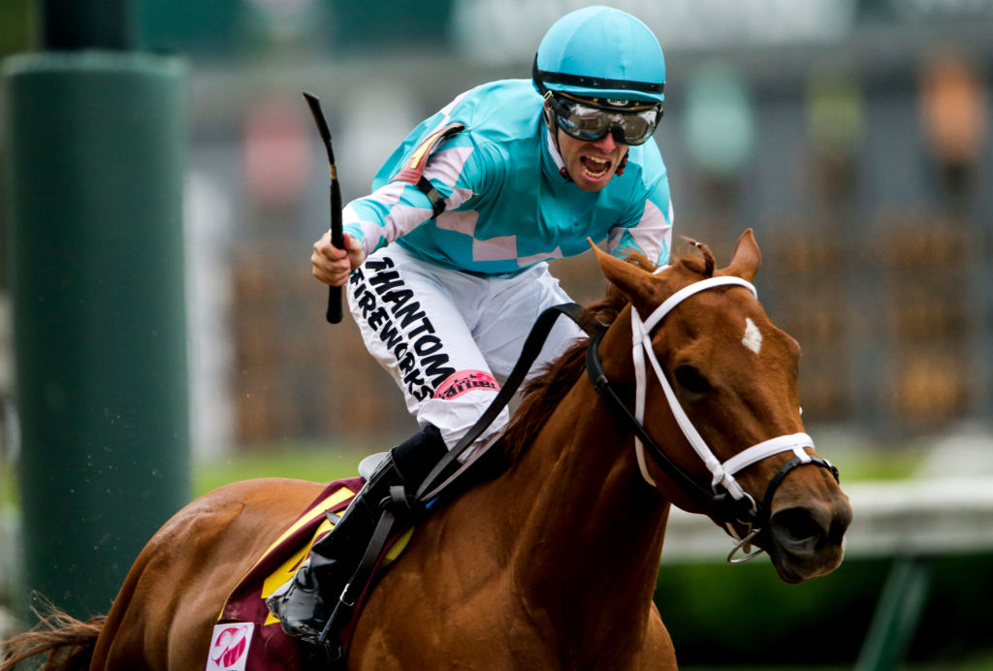 One of the greats is retiring ... Brad Cox's two-time Eclipse Award winning Monomoy Girl sustained a career-ending injury, but as J.N. Campbell explains, she will live long and prosper.

Her graceful yet powerful presence, with her little white diamond perched firmly on her muzzle, will be missed around the racetrack. But no one will long for that chestnut-coated router more than her trainer, Brad Cox. Over the past few days, since the news was reported that Monomoy Girl, the two-time Eclipse Award winner and seven-time Grade 1 winner, suffered a non-displaced fracture of the sesamoid, articles have poured in from all sectors properly extolling her magnificent record.

She won over $4.7 million racing around ovals at Churchill Downs in the Kentucky Oaks and Breeders' Cup Distaff, at NYRA tracks in the Acorn Stakes, Ruffian, and CCA Oaks, and at Keeneland once again, in the Breeders' Cup Distaff. All were wins, and all cemented Brad Cox's place in the pantheon of superb trainers.

An interesting question comes to mind ... if it weren't for Monomoy Girl out of Henry Hughes, who was bred by FPF and Highfield Ranch, then consigned to Gainesway, and eventually ending up with BSW Bloodstock, would Brad Cox be where is today? Maybe ... probably ... because the guy has talent, but perhaps it would not have been as meteoric.

Well before she was purchased for the whopping price of $9.5 million by Spendthrift and B. Wayne Hughes last year at the November Sale, Monomoy gave Cox some of his greatest wins to-date (the Oaks and BC wins). Her style was unique, and in races where it looked like she would be beaten soundly, she thundered down the lane in fine style ... sealing the win. It became so regular that she would win, that her odds were seemingly always even money. Ranking 5th all-time in the category of the highest-earning dirt female in history, she joined the likes of Midnight Bisou, Zenyatta, Beholder, and Royal Delta. We will never forget some of those "signature" wins, and the expression on Cox's face as he cheered her to victory.

With a mix of emotions balled up, when he learned that Spendthrift, MyRacehorse, and Madaket Stables would be keeping her in training, a sense of euphoria overflowed his cup. It was "good news" for all of us, not just Cox, because looking around the division early in 2021, one could see some of the titanic match-ups that would be coming our way.

With great anticipation we waited for the April running of the Apple Blossom (G1) at Oaklawn. A race that pitted Monomoy Girl against the upstarts ... The Preakness-winning filly, Swiss Skydiver, and the ladder climbing mare, Letruska. Fausto Gutierrez's charge gave Monomoy Girl all she could handle that day. Winning by just a whisker in a thrilling edition of the contest. Even though it was the last time we would see the 6-yr-old run (much to the chagrin of many investors), it was in many ways a fitting end. She provided such thrills, and earned a deep respect among horsemen and horseplayers alike.

We will not see another Monomoy Girl again. As for Cox, he has a healthy regard for what she did for his career. Now, as she heads to the Spendthrift breeding shed to begin the next phase of her life, we muse, recollect, and express wonder at all that this splendid chestnut with the little white diamond achieved. She will be missed, but never forgotten ... that seems an apt phrase.