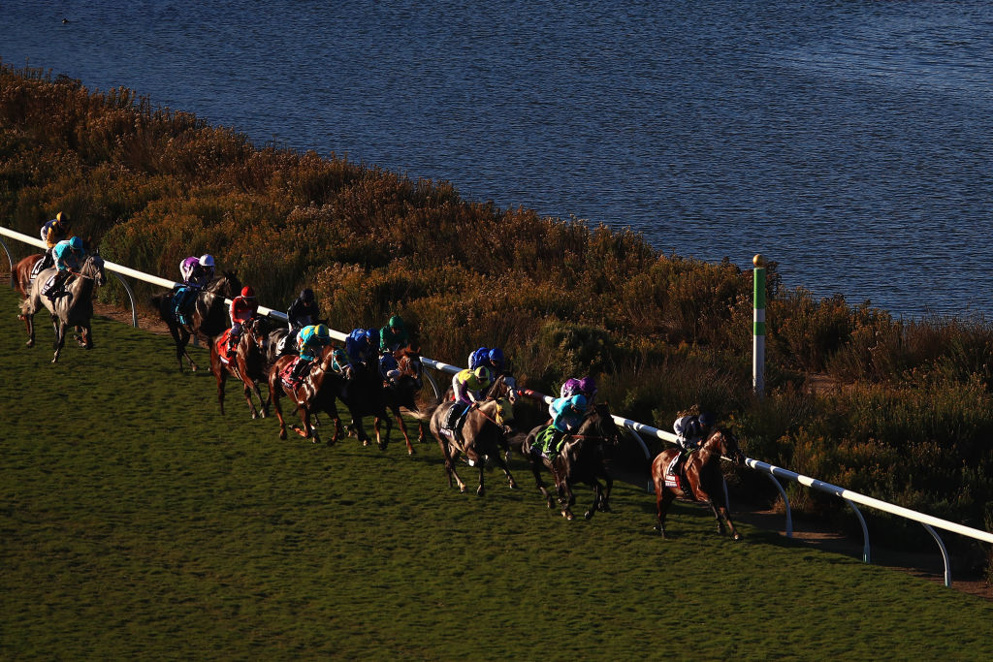 Ward v. the Euros ... Who will win in the BC Turf Sprint?

The Grade I Breeders' Cup Turf Sprint is a deep and challenge race to handicap but we'll give it a go.

Some Euro invaders will cause plenty of betting intrigue and do they come to California and walk away with the glory in this one or does Wesley Ward win yet another big turf race...?

A Case of You

All handicappers can do is digest the information available to them and put together their thoughts for how a race will go. We don’t have the luxury of seeing a horse day-in and day-out but we can listen to what those that do get that insight say. So when Wesley Ward says this might be the best horse that he has handled that is a more than noteworthy passing comment.

For as we all know, Wesley Ward isn’t small-time. He takes horses over to Royal Ascot every year and is happy to ship around the world to take on the biggest races. So if he thinks that Golden Pal (#3) has a chance to be the best horse he’s worked with then who am I to argue?

This son of Uncle Mo is undefeated Stateside and clearly didn’t enjoy his trip over to the UK where he finished seventh in the Group I Nunthorpe at York back in August. This three-year-old bounced back by rallying late to win the Grade II Woodford at Keeneland. He is the M/L favorite and that is always slightly concerning in a big field but Wesley Ward isn’t making comments like that for the fun of it. This is my top choice.

His stablemate Kimari (#9) is my second-choice. She has been entered in this race rather than the Filly & Mare Sprint in what I am assuming is part of the Gamine effect. No-one thinks that horse can be beaten so doubling-up with two top choices in this race gives Ward a much better chance of coming away with another BC victory.

Any horse who comes away from Kentucky Downs with a good win will pique my interest and so I’m happy to include Gear Jockey (#10) in my multi-race tickets.

Defending champion Glass Slippers (#1) isn’t one to play for me as I prefer the chances of her stablemate Emaraaty Ana (#2) if Kevin Ryan is going to emerge as the victorious trainer in this one.

The speed round continues with the Turf Sprint, and “Whoa Nelly,” is it going to be a tough one. We have the defending champion from Keeneland returning in the form of Glass Slippers #1. The now 5-yr-old mare has 3 races under her saddle in 2021, and the result … 3rds. Those were tough European contests at Goodwood, The Curragh, and Longchamp. Clearly, she can ship, and compete, but I do not think she has the ability to get the job done today … especially, breaking from the Rail.

I actually am much more impressed with the dossier of Kevin Ryan’s other entry. This uncoupled runner is Emaraaty Ana #2, and the 5-yr-old gelding will be my top choice. He had a good cycle starting back in July at Newmarket. From there he moved steadily from a BT race into Group 1 Co. That is not easy to do … At York and Haydock Park, he covered both 5F and 6F very nicely, winning by a head back on 4 September. You do not see many Godolphin-owned runners that are not homebreds, but this is one.

Others from North America might excite … you could easily back Wesley Ward’s uncoupled entries in Golden Pal #3, Arrest Me Red #5, and/or Kimari #9. Any of them could score, but ‘The Pal” seems logical after that performance back at Keeneland in the Woodford (G2). Still, away from Ward’s Base, the Uncle Mo colt might not be as sharp as one might think. With a style which is all on the frontend, Irad Ortiz is going to have to put her on the lead. That is a must.

One other runner that I quite like is Adrian McGuinness’s A Case of You #6. The 3-yr-old colt by Hot Streak (IRE) was stellar on the Arc undercard at Longchamp. Winning by just a head in the prestigious Prix de l’Abbaye, a Group 1 sprint at 5F, that makes 5 wins out of 10 in his career. Besting Glass Slippers #1 for the 2nd time in-a-row was solid. This one is a threat, regardless of the “going” on Saturday. Should be a fun one … to say the least. Ryan’s #2 gets it … Euros back-to-back.