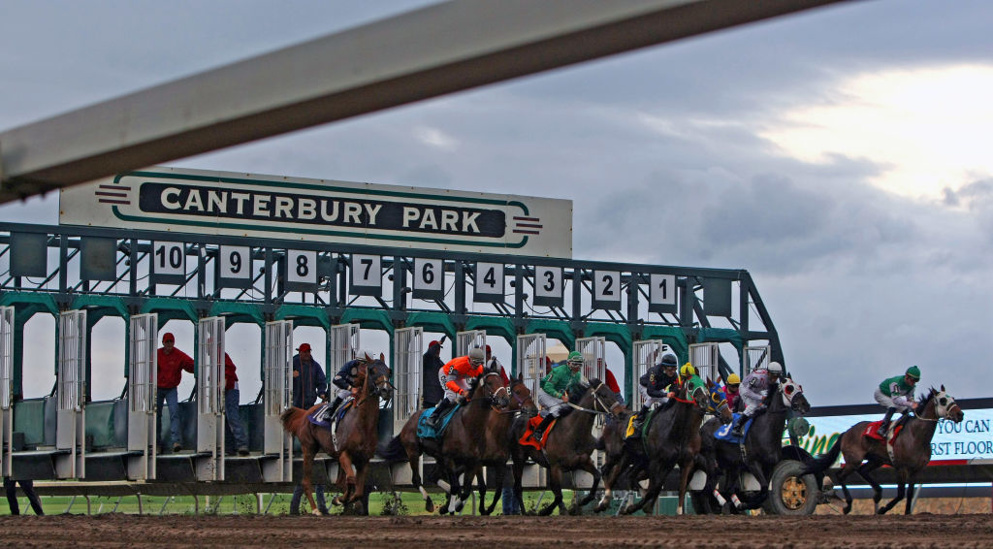 Wednesday marks the second day of the Canterbury Park meet

Racing has returned to Canterbury Park, which means super horseplayer-friendly multi-race wagers. Our in-house handicapper has taken a close look at one such bet, the Pick 5, which has an industry-low takeout of 10%. Below is his detailed analysis of the sequence, as well as picks for the whole card.

A fantastic Pick 5 sequence begins with the 10,000 Lakes for Minnesota-bred dirt sprinters. The morning-line favorite is Mr. Jagermeister (#6), who at one time would have been a cinch in this spot but has fallen on hard times lately. I can’t possibly touch Mr. Jagermeister as the favorite given his poor recent form. It’s possible a return to Canterbury Park, where he’s 7-for-9 lifetime, will wake him up, but his best days are likely behind him at this point.

I much prefer Hot Shot Kid (#1) of the likely favorites. He enters this race off a dud at Oaklawn Park, however he followed a nearly identical progression last year when he won the 10,000 Lakes. Unlike Mr. Jagermeister, he seems to do all his best running at Canterbury, so I’m fully expecting him to bounce back and run a strong race.

I respect Hot Shot Kid, but my top pick has to be Drop of Golden Sun (#5) at a more inviting price. This horse became an absolute beast on the Canterbury main track last year, and his return at Will Rogers Downs should set him up nicely for this assignment. If he’s able to recapture his sensational 2020 form over this track he should be very competitive, even against such quality Minnesota-breds.

Since I don’t trust morning-line favorite Drama Chorus (#7) at all, this maiden event is easily the most wide-open race in the sequence. Drama Chorus would obviously be a handful if he were to run back to the 72 Beyer Speed Figure he earned at Tampa Bay Downs last out, however this horse is completely unreliable. He ran similarly well in his debut at the end of 2019 at Tampa and was dreadful in a bunch of subsequent outings, so I think it’s fair to anticipate significant regression from him.

With a potentially vulnerable favorite, I want to focus on a couple higher-priced options. My top pick in this spot Tequila Time (#8), listed at 12-1 on the morning line. This horse would appear to be out of his depth against a field of this caliber, however he’s really not that far off speed figure-wise and could absolutely move forward in his first start with trainer Dick Cappellucci, who does a terrific job on the southwest circuit.

I’m also interested in second-time starter Flimflam Man (#2), who made a middle move in his debut at Oaklawn Park and should be set for better at Canterbury for underrated trainer Coty Rosin, as well as Well Read (#6), who debuts for potent first-out trainer McLean Robertson and has the pedigree to be a factor in his unveiling.

This is another pretty confusing race, but I have a preference for the 7-year-old mare Double Bee Sting (#3). Her races at Canterbury last year aren’t anything special, but they do fit quite well with this group and I’m fully expecting her to come back running for trainer Tony Rengstorf, who ran a highly productive operation here in 2020. It’s also encouraging this mare does not show up for a tag in this spot, and her versatile running style should assure her a decent trip.

Behind her there are several different ways to go. I guess I’m most interested in Sierrita (#5), who should offer the most value of the secondary contenders as she returns to Canterbury for trainer Carlos Moreno, who runs a deceptively strong outfit. Sierrita’s turf form is also largely obscured at this point, and while her recent main-track outings aren’t exactly encouraging, a return to this surface could wake her up.

North of Eden (#1) and Giveitsomewellie (#6) are also perfectly logical based on their recent turf races, as is Lila’s Lucky Lady (#11), though I’m a bit skeptical of her as she returns off a lengthy layoff for a rather cheap tag.

The two main contenders I see in this Minnesota-bred allowance for fillies and mares are Molly’s Angel and Sailing Along (#10), with the former being my top pick in this race. Molly’s Angel is an interesting case. She was 13 ½-length debut winner here on July 20 of last year but was never able to run back to that solid effort in three subsequent tries as a juvenile. While her 3-year-old debut came on the turf at Tampa, I think it’s a sign of good things to come as she has very little pedigree for that surface. If she does move forward off that effort, which seems likely as she returns to the scene of her finest hour, she’s going to be very tough to beat.

I certainly have no arguments with Sailing Along, either. She won first out at Will Rogers Downs by 6 ¼ lengths, and although she was beating absolutely nothing in that spot, she earned a very respectable 63 Beyer for the victory. A repeat of that effort easily puts her among the primary contenders, and there’s always the possibility she improves in her second career start for trainer Francisco Bravo.

One filly I will not be using in this spot is Midnight Current (#8), who could end up favored. Midnight Current is coming off an impressive maiden win over this track as a 2-year-old that earned her an identical 63 Beyer, however it’s curious that jockey Eddie Martin, Jr. picks up the mount as her stablemate Temujin Lady (#9) attracts a rider that has more familiarity with the Joel Berndt barn. Midnight Current can clearly win, but she could be dramatically overbet.

Twoko Bay (#1) is the horse to beat in the finale, but his best race on dirt came over a wet track last out in a Minnesota-bred stakes race, while his prior efforts over a dry track don’t give him much of an edge. He’s drawn well and should at least be considered for the dangerous Tony Rengstorf, but as a matter of price there are others I prefer.

Chief among the value plays in this race is Off Sixes (#10), who makes his first start with Steve Keplin, Jr. It might not look that way on paper, but Keplin operates a hyper-potent barn that wins at a rate upwards of 30 percent. Although he’s primarily based in Canada, he had no trouble transitioning to Canterbury racing last year and was just as lethal with limited starters. As for Off Sixes, his recent races at Oaklawn already give him a big chance, and it’s likely he moves forward with Keplin.

The same could be said for Tashkent (#11), drawn just to Off Sixes’ outside. He may not have the mouth-watering upside of Off Sixes, however his races at the Oaklawn meet were even better, and when last these two met on March 26 he really should have come out ahead. His new trainer Oscar Flores doesn’t win at the same clip as Keplin, but he does a fine job at Canterbury and should have this one ready to run.

I’m also going to include Tapage (#8) as a ‘main’ play. His last race probably isn’t as good as it looks on paper, but he seems to have turned a corner since shedding blinkers two starts ago, and it wouldn’t be a surprise to see him take another step forward in this spot.