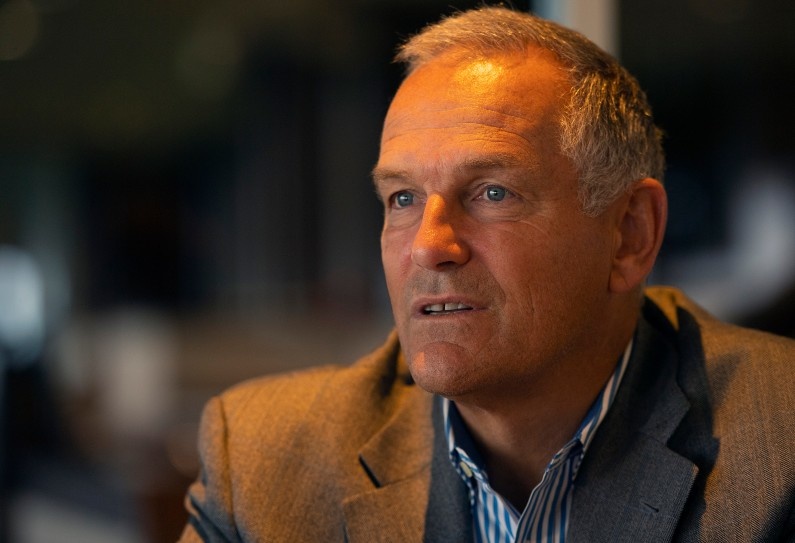 Jim Lawson lightly pressed the red button on his cell, signaling the end of his conversation. It was the last of a trifecta of calls he needed to make to some of the most senior of officials within the Ontario government.

This was by no means the first time during 2020 that he had reached out with a specific message for them. Times had dictated the need for a proto “hot line,” of sorts to be set up. As the CEO of Woodbine Entertainment, Lawson has the monumental task of overseeing a large horse-centered venue and staff that combines a host of racing-related activities. Operating in what is normally a year-round capacity, now in an age of social distancing, is decidedly not.

Flashback to late March and early April, and the very tenor around all North American Thoroughbred racetracks was at best, gloomy, much as it was everywhere. As the public health crisis surrounding the coronavirus escalated, panic, worry, and economic shutdowns blanketed nearly every system. The industry itself responded, as it tends to do, by looking after its own. But this was by no means your garden-variety recession. Remember, horses still eat, have ailments, and cost money, even during a pandemic.

When I spoke to Lawson by phone, I asked about this inordinately difficult year, and how it tested the very marrow of his character. The response he gave was not necessarily the rhymed adjectives of doom and gloom, but rather one of relief, confidence, but most of all, an expression of empathy.

“You know,” he said, “right now we are seeing the light at the end of the tunnel; it’s been a series of uncertainties, but we knew from the start that there would be an end.”

That lubricant of an idea (of an end) kept the wheels motioning, even during the darkest of moments. For Lawson, when he learned of the mass closures in late spring, he knew that arguing for even gate workouts, as an “essential activity” for horses, was about as likely as a snowball down below.

“What we could do at the time,” he said with conviction, “and what we have continued to do to this day, is try to look at the hardships that people were enduring and do our very best to conserve money in order to save jobs and livelihoods. That was the mission.”

Lawson’s philosophy in business and in life comprises a healthy dose of optimism, but that is also tempered by a practiced realpolitik - the reality of political situations. He does an expert job of balancing what is morally correct and strategically sound. Not an easy tightrope stroll. Then again, Lawson knows the intricacies of the circus.

After years of observing the inner workings of public boards and learning how to build coalitions, during the pandemic he has used a myriad of skills to fuel his determination to express the efficacy of empathy towards people. As he puts it, “If you have a mindset to express love and care for those around you, that can translate into becoming transparent in everything you do.” To put it another way, it is not always simple, but if you explain to people during a crisis where the center is, then it is confidence gained.

As a "Chairman of Empathy," Lawson watched as excitement built in the early summer. It became apparent that they could resume racing in June, just without fans. Brokering deals over the phone with the Ontario government, and reassuring them that the racetrack could have success at keeping COVID-19 cases under control, became a priority. Lawson told me that, “We were tempted to expand quickly with our protocols, but we were cautious in not overwhelming the backstretch.” They learned early on that adding 1200 runners, plus 400-500 ship-ins, plus 30 some odd people, would be an irresponsible compounding. Choices had to be made, and that caused stress on a system trying to keep afloat.

Still, keeping the Woodbine ship-of-war buoyant and heading north, Lawson and his crew sowed confidence where they could. Phase after phase, his Team put together a string of successful race days, once business started to open. With the Queen’s Plate rescheduled for September, with hopes high it could be salvaged, that provided a dry sail—renewed vigor.

COVID-19 testing and keeping people safe created a stellar record for the track. “We obviously took a major step back in terms of the onsite entertainment and food experience, but this was expected,” he said. Decisions to shore up capital and to try to alleviate the financial burden on the roughly 2,000 horsepeople and 1300 employees that Woodbine Entertainment has in their midst was the focus.

Once a successful run through October and most of November was in the books, disappointment at the hands of the virus struck once more. Despite Woodbine’s non-existent record of “positive” cases, the Ontario government saw a spike that inevitably led to another shutdown. Lawson’s hands were tied. “Of course, we were upset, we wanted them to consider horse racing as essential and important, but they decided to turn back the clock to March and April - little we could do.” The CEO was back on the phone, constantly, in an attempt to try to defend the people that were just trying to make a living. After all, the meet was almost to Closing Day with less than 2 weeks left, but it was not to be.

“You know in this business, I have learned that there are really 2 things you just cannot get to back up, one is horses, and the other, is government,” he somewhat affectionately argued. And, he is right.

Lawson even has empathy for the Ontario government, acknowledging how difficult it continues to be for its leadership to make decisions that weigh what public health officials are seeing with that of the interests of private business. “To be fair, they had to shut down greater Toronto,” Lawson said, “which meant any ability for us to negotiate was lost, especially since the message was get in line.” The Premier’s office was flooded with requests, and Lawson’s tactic of patience was clearly the best course of action.

As CEO, all he could do in a situation as tenuous and unpredictable as this one, was continue to “fight the fight.” Throughout, Lawson ascribed what became a tripartite awareness campaign for all involved.

First, he wanted everyone to understand the financial plight and how serious the cancellation of race days would affect the entertainment pocketbook. Next, was letting the entire industry know that Woodbine’s commitment to getting back to business was unshakable. And finally, that keeping their highly-successful harness track at Mohawk outside Toronto (which remained immune during COVID) open could serve as a model of success.

By clearly delineating these ideas, not only for the industry, but also for those that may have no earthly idea about the importance of racing, it assisted in creating an educational moment. Building empathy by thinking of others kept everything headed in a positive direction.

Speaking on this subject of a proper heading, numbers were released by Woodbine Entertainment earlier this month. They were full of interesting contradictions. For instance, even though the racetrack had 28% of it 2020 Thoroughbred Meet cut due to COVID-19, its online activity was incredibly robust, just a few ticks below the previous year. That told Lawson something - invest, invest, invest in the back office. Their AI application for online wagering, Dark Horse, went into overdrive this year, and benefits of a year-round track continue to plentiful.

Despite all that has occurred this year, between the outage, the politics, and the rejiggering of a massive schedule, Lawson thinks that financial stability has and will continue to return. As he sees it, “What we did early on, the commitment we made to be fiscally responsible, in the end, gave us a fighting chance.”

It is not just about delivering a fabulous product; this business also takes understanding changes in the industry. In other words, being malleable in every type of situation. That is what the Coronavirus forced everyone to reappraise in their thinking and activities in 2020.

Jim Lawson was correct in his assessment back in March. He was prepared. Knowing that the end would eventually arrive became a reference point. A start-finish could then be plotted. The method then? As Lawson reminds us, it is through emotional expressions of empathy that can best define notions of confidence.

As a "Chairman of Empathy," whether it was horses or people, experience taught him that backing up, simply would not do.