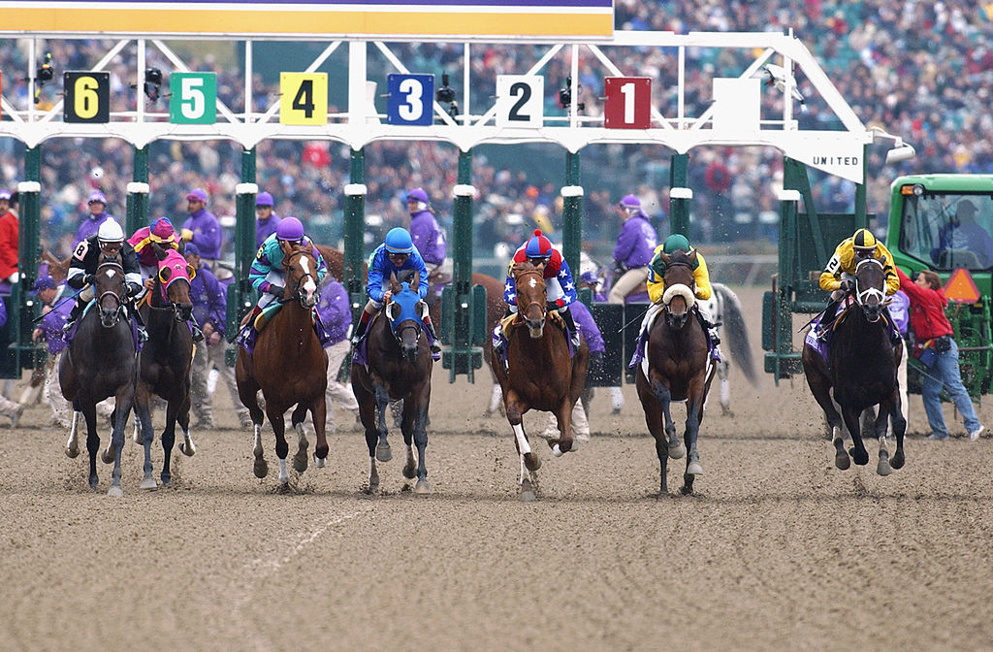 BREAKING NEWS ... The NFL's Chicago Bears will announce this morning that they will purchase Arlington Park from Churchill Downs Inc., as the end of horse racing at the landmark comes to an end ...

Another North American racetrack appears destined to become another football stadium. Late last night, The Athletic reported that the National Football League's Chicago Bears have signed a purchase agreement for the Arlington International Racecourse to the tune of $197.2 million, which is owned by Churchill Downs Inc. (CDI).

The Louisville-based publicly traded company, whose signature event is The Kentucky Derby, began to entertain offers this past summer, and 17 June, the Bears were just one of the entities that submitted a bid. Local horsemen, who wanted to see racing remain at the historic landmark off of 2200 Euclid Avenue, made a valiant effort to compete with rumblings of their own play. However, as many industry insiders have commented, CDI did not want to have wagering competition that would rival a local casino which they own. So in the end, an NFL franchise was a much more logical choice.

Though the Bears lease Soldier Field, a place they have called home since 1971, in order to make the move up to Arlington Heights they would need to pay the city $84 million to break the agreement in 2026. After that, the dues are reduced each year until the deal expires in 2033. Politics is ever-present in a situation like this one, and the Mayor of Chicago, Lori Lightfoot, has tried nearly everything to keep the Bears from moving.

The tragic irony in the demise of Arlington Park, a jewel located north of O'Hare International Airport, is that it has legions of supporters in and outside of the Thoroughbred industry. Like the Bears fans, they wanted to see a winning product, not on the gridiron, but out on the all-weather and turf surfaces. Continuing traditions like the "Million Day," that became a fixture in the minds of those that fondly recalled the "Arlington Past" was hugely significant. What they did not count on after CDI purchased the facility in 2000 was an eventual closure. Shouldn't a company that owns The Kentucky Derby be the vanguard of other racetracks, they asked? One would think so ... however, CDI is not in the racing business per se. They have a wider and more expansive vision, especially when it comes to protecting their investments and their shareholders. Is that avaricious or just dollars and sense?

Over the past few months, many have debated the question of "fault" in a situation like this one. To say it is a "complicated question" would be an exercise in reductionism. Historical events do not work that way ... there are a series of small, medium, and large movements that flow into the ultimate result. For CDI, "let the end justify the means," seems to be an apt phrase. When they heard that the Illinois Gaming Act would legalize sports betting and allow casino construction to take place, it was too good a business opportunity to pass up. Their acquisition of Rivers Casino in Des Plaines sealed the deal ... the game at Arlington was up.

As for Bears fans, they are universally excited about the prospect of a new stadium, and while some are probably wistful at the passing of that beautiful white edifice on the northside, like their mayor, want to see them have a new venue, beat the Packers, and get to the post-season every year. When the Village of Arlington Heights formally approved zoning for a football stadium on Euclid, that should have been a sign to everyone that the end was near.

Now, as we await the announcement from the Chicago Bears that a deal was inked, we have to wonder ... which racetrack will be next? Hollywood ... Suffolk ... Portland Meadows ... Calder ... now, Arlington is no more. Sadly, it's official.