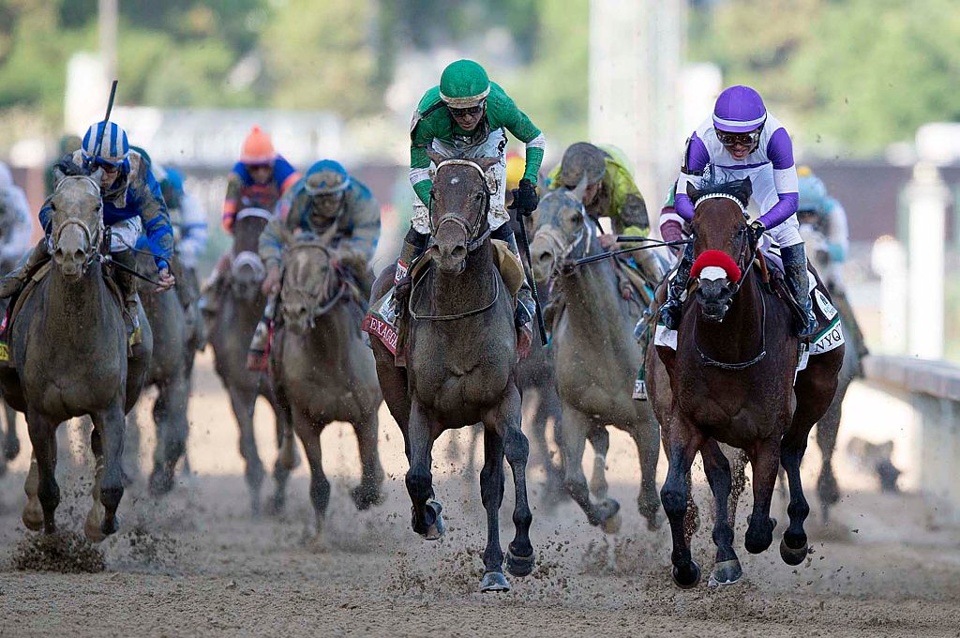 The "Home of the Kentucky Derby" gets back to it this week ... check out these selections below!

Now that Keeneland's October Meet is over in Lexington, and the Breeders' Cup is in the rearview mirror, it is time to head back to Churchill Downs for the remainder of the month of November. We at Horseracing.net/us have you covered every step of the way, as we offer all of our selections and specific analysis.

Even though the new $10 million Matt Winn Turf Course refurbishment project will not be completed until some time in the Spring of 2022 (that means no grass contests), the Main Track is the place to be. So, stay tuned!

Trainer Wayne Catalano is coming off a massive win last Saturday at the Breeders’ Cup in Del Mar with Aloha West’s win in the Sprint. It was an upset to say the least, as jockey Jose Ortiz just got up for the win at the wire. Eclipse Thoroughbreds celebrated … Now, the venerable conditioner is back in Kentucky, and ready to enter in another fast-paced run around 1-turn. This is not quite the level of competition he saw in SoCal, but racing is racing. His filly by Munnings had a couple of sloppy trips the last time she was running in the Bluegrass. Maybe dropping down to this level will lead her back to the winner’s circle … a spot she has only seen once out of 9 attempts. The rising star, Reylu Gutierrez gets the call, and he can be solid when it comes to handling dirt contests like this one. At 5/2, that should be a pretty good price, as far as I am concerned.

Trainer Steve Asmussen has not only a new member of his barn in Front Street #5, but he also outright owns this one. Based on her record, the filly will be tough late in the game. I am willing to take her on with Rusty Arnold’s entry. By Union Rags, she looks very capable at this level. I somehow suspect that she will not be 6/1 come post time, but one can hope. Brian Hernandez is coming off of one of his best Keeneland Meets ever, and he rides well under the Twin Spires. His mount just missed by a neck the last time she was here, routing in a high-level ALLW Co. contest. Arnold and Hernandez form a dynamic team, and could win nicely against an underlay like the Asmussen runner. I would give her a race before I draw too many conclusions.

This 8-horse field is just littered with directions you could go in. I feel like I am up in the Four Corners trying to decide on skiing in Utah, looking down on the Grand Canyon, having some green chilies in New Mexico, or driving up to watch the Broncos in the Mile High City. This is what we call an evenly-matched field (except for Robertino Diodoro’s Brad’s Time #5-20/1), and that makes for a great betting race. The 2 inside horses, Cheryl Winebaugh’s Boca Boy #1 and Steve Asmussen’s County Final #2 are the clear “outsiders.” Don’t get me wrong, they have potential, especially since their respective attempts at Keeneland were against tough competition. Since this race plays like a “Non-G” race, it stands to reason that they belong. In particular, Asmussen’s charge (owned by the excellent West Point Thoroughbreds), is getting Lasix after running in the Woodford (G2) on the Haggin. The return to “blinkers” also might help. If you could get double-digit odds, that sounds pretty inviting.

As for some other, more moderately-priced entries, I am pretty high on Wesley Ward’s Fire Sword #7, a gelding by First Samurai. To my eye, this 5F distance plays right into this 3-yr-old’s hoof. He is fast up front, and breaks well because of Ward’s tutelage. After running well on the MT last time at Keeneland in an OC100k event, he should be able to take it to these other runners. Tyler Gafflione will be picking up right where he left off the last time he was at Churchill. What a rider when it comes to any surface! One other young colt that could be pretty game is the former Brad Cox charge, Joe Frazier #6. I realize the son of Distorted Humor is streaky when it comes to his performances, but maybe coming over to a new barn will remedy that issue. Cox is a superb trainer of course, but everyone needs a new ken now and again. Cipriano Contreras has some stout numbers himself, so with Fran Arrieta in the saddle, they could be sitting on a big race. The colt won nicely up at Indiana Grand back in late September. Let’s use all of these runners that I have mentioned, and see if we can nab a nice score in the Trifecta Pool. Good hunting …