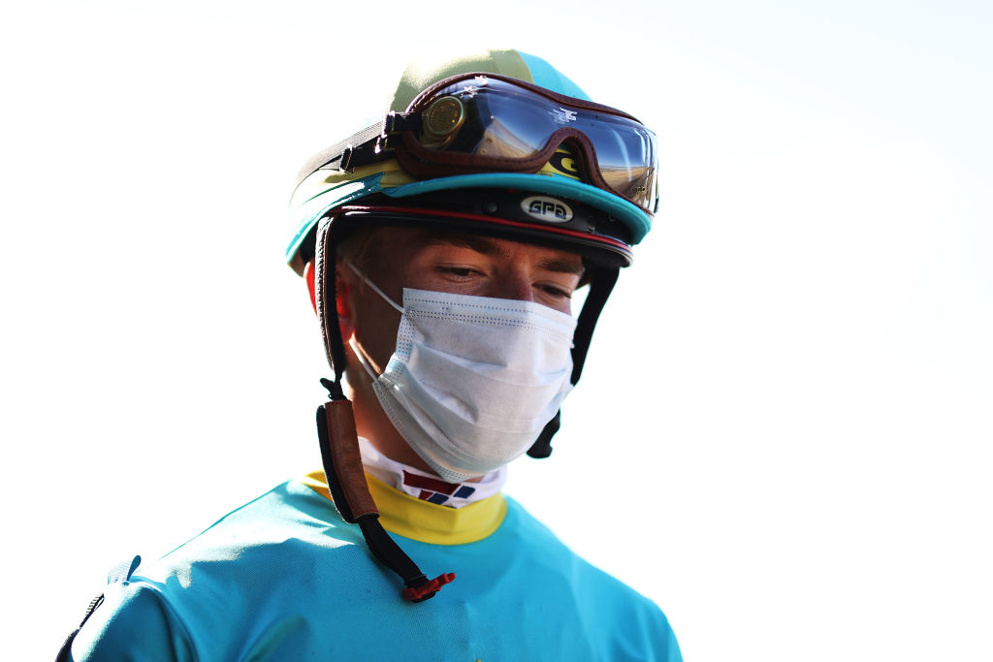 Jockey Tyler Gaffalione is regularly Churchill's leading rider ... in the Saturday feature, he rides Sconsin who takes on Bell's the One. It should be a great race, as we cover the full card.

Now that Keeneland's October Meet and Del Mar's Breeders' Cup is behind us, it is time for Churchill Downs to take the stage once again for the month of November. We at Horseracing.net/us have you covered every step of the way, as we offer all of our selections and specific analysis.

Even though the new $10 million Matt Winn Turf Course will not be ready until the Spring of 2022 (that means no grass contests), the Main Track is the place to be. So, stay tuned!

Mike McCarthy’s 4-yr-old colt by Liam’s Map has class to the hilt. Though he has competed against the likes of Express Train, Tripoli, Knicks Go, By My Standards, Country Grammar, Art Collector, and Plainsman, he has not visited the winner’s circle since the Pat Day Mile (G2) during the September Derby undercard. That was quite awhile ago, but maybe with this drop, he can notch a much-needed win. His conditioner thinks going with “blinkers on” can do the trick, and the addition of Tyler Gaffalione looks like a smart move. Even at 6/5, that appears to be a square price.

Looking for some value, I found a gem in Neil Pessin’s colt by More Than Ready. At odds of 12/1 on the M/L, this 2-yr-old already got his debut out of the way. Now he knows what he is about—running as a racehorse. With Adam Beschizza in the saddle, he should be able to take a step forward after running 7th at Keeneland in a MSW84k contest on the grass. Lothenbach Stables (who also owns Bell’s the One) knows what to do when it comes to the breeding business, and I would expect Pessin to be in his element at Churchill Downs. I am hoping that this one stays in the double-digit range on the tote. If he can handle the “temp rail,” this one looks like a great bet.

The Saturday “feature” is this “Non-G,” and it appears to be a tough one when all is said and done. We have 7 older females that will be sprinting down the backstretch, and of course, Neil Pessin’s Bell’s the One #6 will once again try and defeat Greg Foley’s Sconsin #4. The last time this pair tangled, it was Foley’s charge who won the Open Mind 300k at Churchill Downs. That loss snapped “Bell’s” record of 2-straight, and now Corey Lanerie is hoping to get one of his best mounts some payback.

These are not the only accomplished runners that are drawn in here. I would not leave out Frank’s Rockette #7. The 4-yr-old filly by super sire Into Mischief has a strong BT record, and Bill Mott’s ability goes without saying. Even though she missed at Keeneland against Pessin’s all-time greatest runner, that doesn’t mean she cannot rebound this time. Getting Florent Geroux back should be just the ticket.

One other runner that I quite like is Chris Hartman’s Elle Z #2. This conditioner has a small sampling when it comes to running in spots like this one. His 4-yr-old filly by City Zip is going to have to step up, but she has a win over the MT @CD. Of course, that was in ALLW Co., although what makes her intriguing is that frontend running ability. If Mitch Murrill can get her to bolt to the lead, she might have a good chance to pull the upset. It will not be easy, but it is worth a try …