Churchill Downs Picks: Thurby during Derby Week arrives on May 5 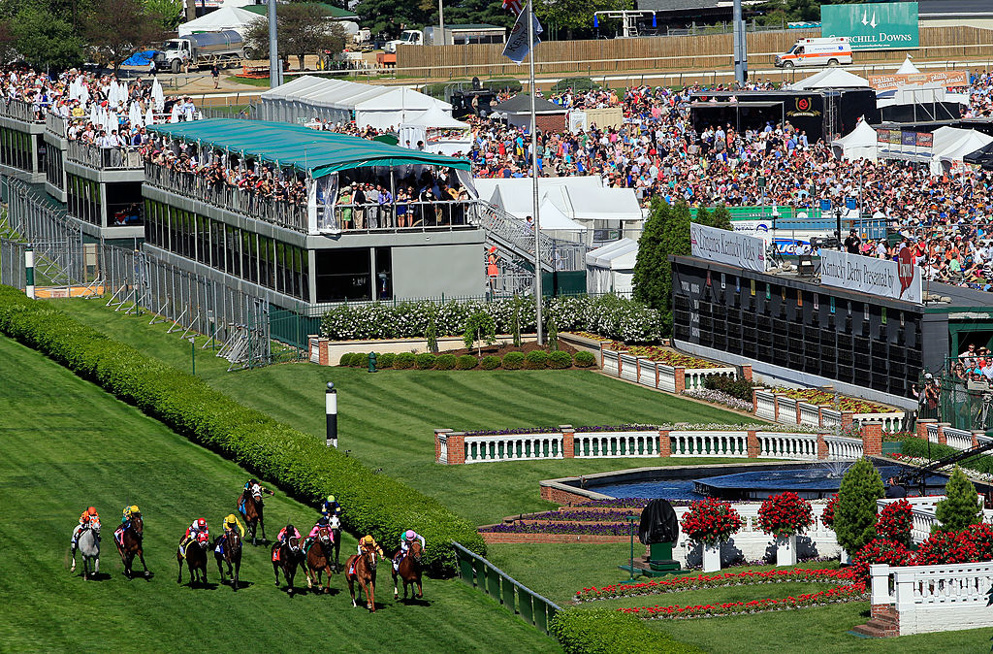 Derby Week is getting closer to its target ... Thurby is here! The Thursday before KYD offers some excellent betting opportunities. Check out these selections from turfwriter J.N. Campbell.

Pimlico - Cash back for 2nd or 3rd placed runners

Opt-in & celebrate The Preakness with Cash Back for 2nd or 3rd on all races at Pimlico on Friday & Saturday! T&Cs apply.

The historic track in Louisville is poised to host the 148th Edition of the Kentucky Derby come Saturday! The handicapping marks have already been set, and it continues with a 11-race card on what has affectionately become known as "Thurby," the Thursday before ...

Our turfwriter J.N. Campbell will be with you every step of the way, as we head towards the Oaks on Friday and the Derby on Saturday. One of the highlights coming our way is the new Matt Winn Turf Course, which opens with a brand new sodded surface. Watch the weather ... rain will be affecting both surfaces ...

The Brad Cox turfer is coming off a miss in the Maker’s Mark Mile at Keeneland. Florent Geroux just could not get his mount going when it was needed. This Juddmonte homebred, by the great Dansili, is classy enough to win this race … just because … He is going to have to brave some wet conditions, if this race stays on the new Matt Winn Turf Course. Still, I think he wins, and 9/5 is actually a square price, if you can believe it.

Looking in the value bin, I found this gem of a runner that has “heart.” A 4-yr-old filly by Jack Milton, we last saw her out at Santa Anita in the Monrovia S. (G2). Brian Lynch now ships her to Churchill where she has a solid record, 2/1-1-0. The addition of Jose Ortiz is welcome, and the price will be right … hovering around 6/1. She’s in form, which is a major positive …

How do you solve a problem like a “two-yr-old juvenile race?” The “feature” on Thurby is this tough puzzle, but if you work it out, the benefits … oh, the benefits … could be huge. The real question is, can anyone take on Wesley Ward’s filly Hurricane Debbie #11? I do not happen to think that this daughter of Brody’s Cause will be 4/1 come post time. Ward is just too good, and I love it when he sends his females to take on the boys. He is just so well respected in these parts. Once again, Ward pairs with John Velazquez, and they make quite a duo. Instead of backing this presumptive favorite, I might be inclined to support either Paul McEntee’s filly, Baytown Lovely #10 and/or Mike Maker’s colt, Simply Super #9. Both of these fillies won on debut at Keeneland during the April Meet. The former was piloted by Jack Gilligan, and the team surprised at odds of 20/1. The daughter of Fast Anna (yes, that is a sire, not a dam) was powerful down the lane. Most will think that was a fluke, but I am not so sure. As for Maker’s play, this budding star also won a “baby race” @KEE with Tyler Gaffalione aboard. That star jockey is back, and the son of Super Saver has the form to step-up against this crowd. The difference between 4½F and 5F is not that major a move. Here is the bet I have in mind … Precocious 2-yr-olds do like to break from the outside, you know …

Enjoy some racing under the Twin Spires on Thurby! Best of luck on another run during Kentucky Derby Week! Be sure to follow us on Twitter … HorseRacing_USA !!!