Churchill Downs Picks: Back under the Twin Spires on May 12 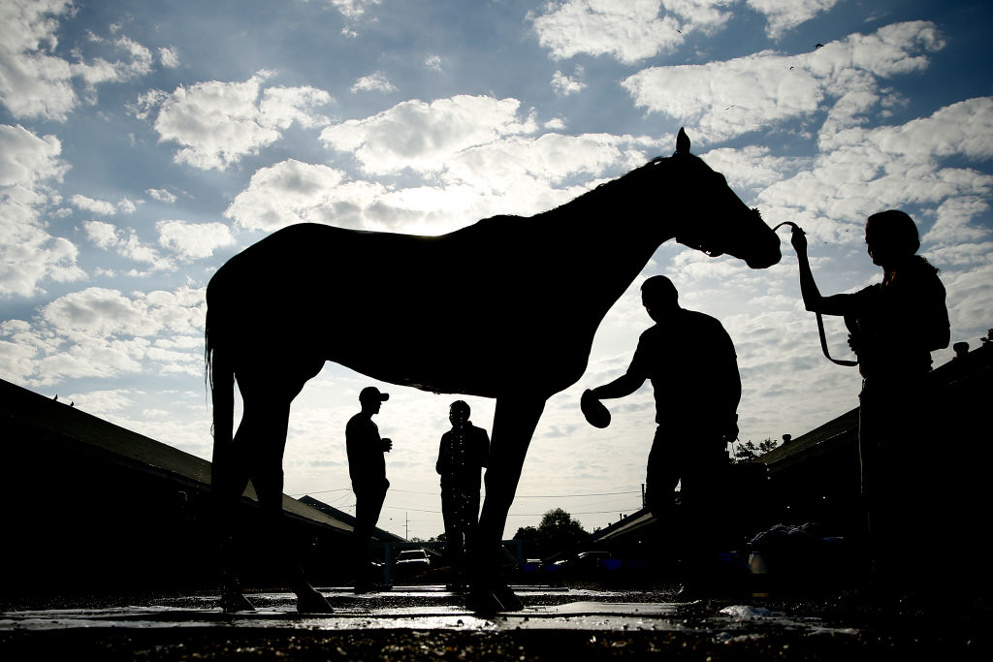 The horses are back on the track at historic Churchill Downs ... A Thursday card arrives, and we have your handicapping picks, and some targeted analysis! Have a look ...

The historic track in Louisville played host once again to the Kentucky Derby last Saturday! And, oh a Derby it was! Rich Strike stumped all the handicappers, and won at odds of 80/1 ... in case you had not heard ... Now, the rest of the Meet begins to unfold as it is set to run through the July 4th holiday.

Today, an 8-race card is up for grabs! Our turfwriter J.N. Campbell will be with you every step of the way. One of the features this summer is the new Matt Winn Turf Course, which opens with a brand new sodded surface. Should be fun, and make for some excellent wagering opportunities.

When we last saw Mike Maker’s filly by Greeley’s Conquest, it was up at Aqueduct against OC50k company. Dylan Davis had to ease her up, and she never completed the race. That was back in mid-March … since then, the Kentucky-based trainer has put her through 5 works at Belmont. She is sound enough, and makes the trip back to Churchill … a place where she has had success. The addition of Tyler Gaffalione is a smart call, and we know that Paradise Farms makes some good claims, along with co-owner David Staudacher. If she hovers around 7/2, then that qualifies as an overlay on this class dropdown.

Last out, Kelsey Danner’s filly by Include was up against a salty group of 9 others at Keeneland in a similar type of race to this one. Jockey Adam Beschizza chose to take his mount way off-the-pace, which was not necessarily a poor decision … especially considering the fractions. If you are going to take-up a rail position, then you had better hope that the response is there. It wasn’t … The pair seemed to get trapped, and since there was no place to go, the filly ended up 4th. Going a touch longer should suit, and I like this particular spot from a betting standpoint. Danner knows how to get them ready too, and at 5/1, that would be a suitable price.

The Preakness distance is the mark for this ALLW Co. race under the Twin Spires, and it brings together a solid group of 8. Out of those entries, the 3 to the outside are all 3-yr-olds. That means that they are facing older horses, and at this stage of the year, it translates to a step-up in the level of competition. Of that trio, I am pretty impressed with Dallas Stewart’s son of Street Sense last time at Keeneland. Brigadier General #6, owned outright by West Point Thoroughbreds, broke his maiden on his 7th try for his barn. I do not happen to think the distance will be an issue, but the hike in class is … I would much prefer to back Brad Cox’s 4-yr-old colt by Nyquist … a recent Fair Grounds alum called Koolhaus #3. Owned by Oxo Equine, this one has Churchill experience from last year at this time, and was last seen in March against some OC17.5n1x-types going 1 1/16th on the dirt. He looks to be working well of late, and Cox pairs up with Ricardo Santana. I like this jockey’s aggressive nature, and he has a new agent that will be putting him in different situations. Always well-bet, he has the numbers to get this distance. Let’s use him on top of an Exacta Wheel ticket, and roll underneath Stewart’s player, and John Ortiz’s Greatheart #1. That should make for a decent payout …