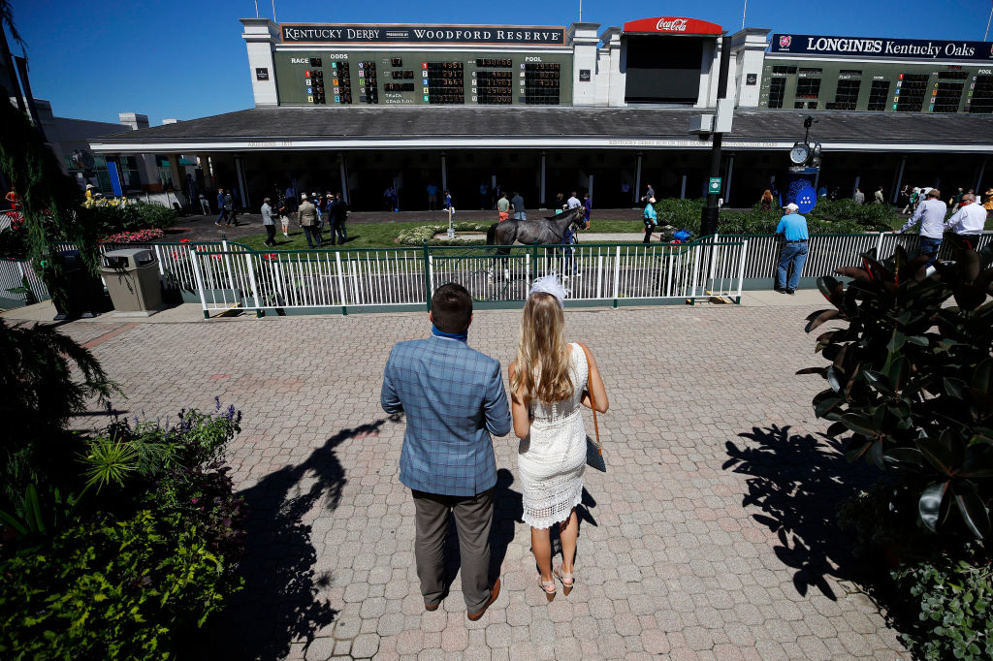 The Churchill Paddock is primed for another week of racing. Check out these selections as we point towards the July 4th Holiday.

Arlington Park is no more ... sadly, it will not return. Churchill Downs Inc. has shifted some of its major stakes races to the Twin Spires track in Louisville. With the Kentucky Derby in the past, the rest of the Meet continues on ... Prepared to run through the July 4th holiday, there will be some solid races coming our way.

With an 8-race card to start the week, it will make for some excellent betting opportunities. One of the features this summer is the new Matt Winn Turf Course, which opens with a brand new grass surface. Recently, news broke that they would be canceling races in order to allow the sod to take root. The goal is to have it ready for August when "Million Day" moves to the Twin Spires.

The old “2nd time out” angle (especially after a nice debut performance) can be a tricky prospect. If the runner scored on debut, or was well-bet, that might be cause to play them again. I am wary of pursuing this tact, since there could be myriad reasons why that horse won … ah, lucky … This time around, I am going to take the bait because I think Eddie Kenneally has a good one going out for his barn. This filly by Super Saver didn’t have enough in the end at Churchill on 8 June, but I am hoping that Rafael Bejarano can get her into position. If she breaks well, she has a shot … I will not accept anything on the tote below 8/5, though.

We know Keen Ice received a sire boost when his offspring, Rich Strike, snatched the Derby. Here is a half by him that comes over from the barn of John Ortiz. Greg Foley takes over this filly's racing career after she competed at Keeneland and Churchill Downs. Those MC30k “open efforts” were not terrible, and I will be interested to see how she responds in this spot. Tyler Gaffalione is an upgrade from Rey Gutierrez, and he knows when the question needs to be asked, once the top of the lane arrives. Foley isn’t a top “claiming trainer,” but what we do know is that his new acquisition has a solid level of fitness. If you get 6/1 on her, that appears to be pretty square.

A condition like Race 7 is a fun one to handicap because it brings together some real winners ... literally ... To be included, you have to know how to get to that celebrated circle, instead of trudging back to the barn area in defeat. Out of these 7 that have assembled, the one that many bettors will be watching is Bill Mott’s new charge, Travel Column #4. You might remember this daughter of Frosted from her KYOaks campaign … back then, her coach was Brad Cox. She had some epic match races with Clairiere, which will go down as some of the best that the LA Series in New Orleans has offered. Oxo Equine made the switch to Mott in June of ’21, so we haven’t seen her run since the Acorn (G1) at Belmont. We could conclude that She might need a race, I am inclined to look elsewhere. There is no question that she could be a player in the Mile Division as the year goes on. My top selection isn’t going to be what looks like the co-favorite, Lovemesomeme #2. Tom Drury actually has an uncoupled entry drawn-in, but this daughter of Paynter is the clear standout. Brian Hernandez retains the mount, and since she came to her new barn 2 races back, she has done nothing but win. Who doesn’t like the jump from an ALLW Co. race into OC62.5kn2x Co.? The leap up in class is inviting, but I have to wonder if she benefitted each time from easy leads. When it comes to a real gem of a selection, look for Dallas Stewart’s Tipsy Gal #3 to be in with a chance. A mare by Majesticperfection, she might have failed miserably to start her ’22 campaign, but let’s remember that was against some really tough company in the Winning Colors S. (G3). She gets some relief in this spot, and the services of Julien Leparoux are welcome. If she can harness some of that power and stalking ability that she exhibited at Keeneland last October, then she could be ready to pounce. Double-digits on the tote? Yes, please … Stewart rocks, and is always a wily trainer that should not be underestimated. Here is the wager …