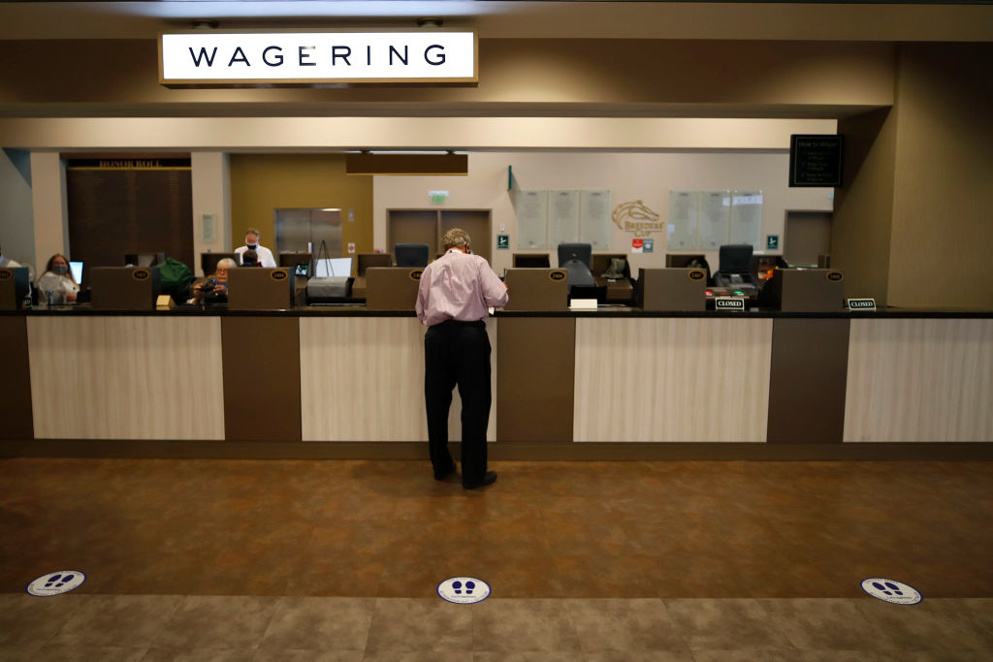 If you are looking for a superb betting race, then the Churchill Downs Stakes is a candidate ... Look who is drawn-in, below ... What a set of match-ups we have! Time to go sprinting!

The dirt sprint category for North American runners might not be what it used to be, but we are all hoping for a renaissance. This race represents the opportunity for specialist sprint-types to showcase their abilities. Over the years, winners have included some of the very best in the division. How about names like … Central Banker, Private Zone, Catalina Red, Limousine Liberal, Mitole, and last year’s victor, Flagstaff. Who will be the next torchbearer for the next generation of speedsters on the dirt? We have a match-up this time around that is sure to bring some excitement!

Here is the horse that flipped the Breeders’ Cup script at Del Mar, winning the Sprint (G1) at odds of 11/1. We have not seen Wayne Catalano’s runner since then, so naturally the “sharpness question” comes to mind. Eclipse Thoroughbred Partners celebrated then, and hopes to once again with regular rider Jose Ortiz. It can happen … now more mature … this son of Hard Spun is ready for his next campaign.

A well-travelled Dallas Stewart runner that has 25 races to his name, and almost $1 million in earnings, is going to be a big price against this field. Luis Saez is taking over for Paco Lopez, which is a positive. Still, it is hard to gauge if he can build on that 2nd Place finish from last time out in the Commonwealth S. (G3) at Keeneland. He was a massive price that day at 45/1, and should be again come Saturday. Fluke? Hmm …

Everyone was along the fence or glued to the simulcast as Steve Asmussen’s 4-yr-old colt by Maclean’s Music entered the gate at Oaklawn for the G3 Count Fleet S. In the end, the sprinter won, but there were all sorts, including this ‘capper, that were not all that impressed with the result. The real question is … can Asmussen get him back where he was last year? Joel Rosario is going to try … we know that. But I remain hesitant to back this one.

This Norm Cash runner was scratched out of “Non-G” at Churchill on Wednesday … that means the plan is to head to this race. That is an odd decision, but clearly, they are hoping that this gelding by Munnings can outrun his odds. The excellent veteran, Jon Court gets the nod, and you never know when he will pull a rabbit out of a hat. It is going to take quite a magic act to win this G1.

An interesting colt by Upstart, Chad Brown only entered him once in 2021 … an ALLW Co. race at Belmont during the summer. In the new year, his campaign has progressed steadily, and let’s face it, making the jump from an OC25kn1x to the Carter H. (G1) at Aqueduct was not easy. The sprinter tackled it with aplomb … ending up 2nd behind the excellent Speaker’s Corner. Maybe the red-lettered “KS” can come home, worn by the excellent Irad Ortiz. Certainly capable …

If there is an alternative to the 2 favorites in this race, then it could be Brendan Walsh’s Godolphin homebred that has rattled off a pair of wins. The 1st was an OC62.5k at Gulfstream, and then a convincing score in the Commonwealth S. (G3) at Keeneland. He was awfully tough in that race, and showed some impressive ability to get the job done when it counted. Tyler Gaffalione is the bonsun aboard, and he certainly knows how to steer. If either of his opponents go to pieces, then you could be looking at you winner. Big chance …

This is a Todd Pletcher sprinter that has not always been with the HOF conditioner. Running primarily up at NYRA, this salty speedster does have some class to his credit, and has the opportunity to represent the homeland. Senior rider John Velazquez knows this one, through and through, and I think he is one to definitely consider using underneath. Just another example of a tough race … getting even tougher.

A recent transfer from the broken barn of Bob Baffert, here is a sprinter looks awfully tough on paper. Competing in SoCal isn’t what it used to be, but the 5-yr-old by Curlin acquitted himself well in the Oaklawn Mile (G3) last time out against Brad Cox’s Fulsome. Losing by a neck, the Pletcher-trainee has not had long to adapt to his new digs. Still, the continuity is there, as regular jockey Flavien Prat takes the mount once again. Will breaking from that outside post be a boon or a drawback? We will see …

It’s Derby Week! Join us for all of our analysis and selections for the big races! Should be great fun as we count down to the 148th edition of the Kentucky Derby! Be sure to follow us on Twitter … Horseracing_USA !!!