Churchill Downs Stakes Preview: Can Casse win with Tap It to Win? 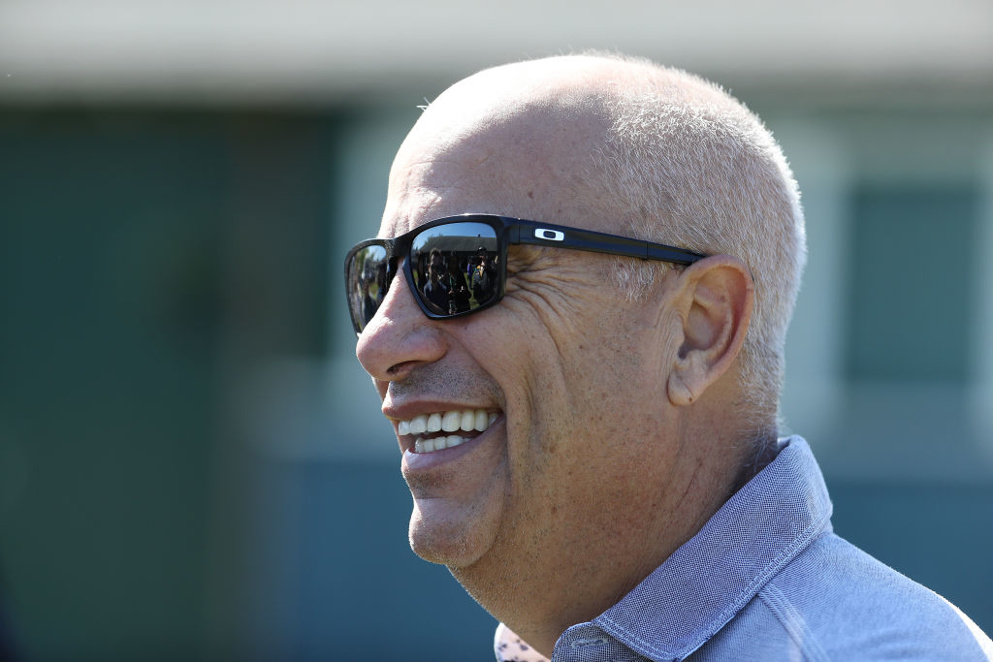 The dirt sprint category for North American runners is not what it used to be. This race represents the opportunity for specialist sprint-types to showcase their abilities. Over the years, winners have included some of the very best in the division. The last few years have included Central Banker, Private Zone, Catalina Red, Limousine Liberal, and last year’s scorer, Mitole. Who will be the next torchbearer for the next generation of speedsters on the dirt?

The Sweezey Barn has a heavily-raced 7-yr-old gelding who is coming into Churchill with a 2/2 record under the Twin Spires. However, those wins over the MT were long ago, so they are not terribly applicable. This one belongs in lower company, especially when you compare his record to others that are drawn in here. Javier Castellano can assist, but only so much. Running in OC62.5 caliber races isn’t this.

The on-again and off-again consistency of this Greg Sacco runner makes one think that he is fickle as the day is long. Which son of Stay Thirsty will show up to run at Churchill? Will it be the sprinter of old who rattled off some nice “Graded” wins in 2020? Or will we see the one who gets lost in the shuffle and ends up barely hitting the board all the while carrying a short price? Your guess is just that . . . the one saving grace, if there is one, is having Irad Ortiz ride. That could be a game changer, but most bettors will not miss that point.

Here is the former Steve Asmussen-trainee who lost the Arkansas Derby (G1) in 2020 to Charlatan, then he didn’t, then he did . . . it’s hard to keep track with all that went on in Hot Springs. At any rate, he shifted his saddles, bridles, and whatnot, over to Todd Pletcher’s outfit later in the summer. His new conditioner put him into the Amsterdam (G2) at Saratoga and he ran second to burnout Yaupon. His first start of 2021 saw him score a nice win in the Sir Shack 100k at Gulfstream Park. That was a good workout, and now he is poised to return to the big stage. Jose isn’t Irad, but he has some good moves, and many will hope he puts them to use.

John Sadler has a number of good stock in his midst, and this one is as consistent as they come. The 7-yr-old gelding just keeps getting better with age. Last time in the Commonwealth (G3) at Keeneland, he bested a good field of 6 others, which included Special Reserve and Attachment Rate #6 (who draws in here). While although that score was impressive, I think he might be due for a pullback. Does he have the ability to come right back into a big field like this one and win? If any jockey can do it, it is Luis Saez. He is going to have to work hard to get this one done.

This 4-yr-old out of Tapit has lovely bloodlines and a record against some class runners like Mystic Guide, Echo Town, Rushie, Maxfield, and Tiz the Law. In “Graded” competition, he hasn’t won, but clearly his maturation process is undergoing a renaissance. Getting better with age seems to be the proper assessment. I like that John Velazquez is back to ride him once again, but Antonio Gallardo did a bang-up job in his 2021 debut at Tampa in a 110k event. Mark Casse planned this route, and his entry has been patiently waiting through 3 works at Churchill. Time to strike . . .

Since running in last year’s September version of the KYD, this Dale Romans’ router has any 1st or 2nd place finishes in “Graded” Co. Joe Talamo is going to have to engineer a victory here using this entry’s tactical speed. He has had his share of chances late in the game; now, he just needs to find the right pace and moment to let loose. This is one of his conditioner’s best. Even still, it may not be sufficient.

Peter Miller is an expert dirt sprint trainer, and he took over from Keith Desormeaux’s outfit back in late October of last year. He ran against some good company in the Palace Verdes (G3) at Santa Anita back in January, and that 2nd place finish to Wildman Jack included an ill-fated early stumble. His talent is undeniable, and it is going to be up to Florent Geroux to keep him close enough for a chance to score down the lane. This colt out of Shackleford might end up being a nice price as the clock winds down to post time.

Trainer Al Stall is hoping to send this class riser into a G2 after notching a couple of wins against inferior company. Spendthrift is watching closely from its perch over in Lexington, and they might be asking too much of this son of Candy Ride (ARG). Those offspring of this fabulous sire aren’t afraid to go into a fight. The question really is, does Miguel Mena have what it takes to get this one home to get the prize? Hey wait . . . Now there’s a suitable question.

Just a quick glance in the top righthand page of this seasoned runner’s record, and you immediately know who it is without looking at his name. With 40, count ‘em, 40 lifetime starts, one has to wonder how many more does this 8-yr-old have left in him? When he travels away from his base in Moquett’s Hot Springs, he can flip some totes in his favor. Last year’s Breeders’ Cup comes to mind. He is getting a little long in the tooth though. Ricardo Santana is going to have to try to rectify what has been 2 losses in a row. For Moquett’s greatest runner, at least C Z Rocket isn’t showing up this time around.

I like to see Greg Foley enter these highlight races because he is a solid trainer with much to like in his methods and approach to his craft. This runner out of Congrats has promise, and in the Commonwealth (G3) last time at Keeneland, he did not acquit himself well when the time arrived. The past number of races he has just looked tired, and maybe Foley is of the opinion that a return to Churchill is in order. He has a solid “win” record over the track (6:4-1-1), but that will not help much if he cannot leave the gate in good order. Jockey Pedroza has a hot hand of late; he can assist.

Here is yet another alum from the Keeneland Commonwealth (G3) contest, and some were hopeful this 5-yr-old would live up to his short odds of 4/1. It didn’t happen, and hearts fell. You have to think that he is a better runner than is reflected in that 6th place finish. Then again, Vickie Foley’s long sprinter does have one good race, then digresses in another. Corey Lanerie is going to have his hands full, and I don’t mean the reigns. Probably better to look for value elsewhere.

Similar to Phat Man #1 (who bested him last out at Gulfstream Park) here is Bill Mott’s entry, and he is ratcheting up the class meter. His past history does not speak to having much in the way of command performances. The one saving grace here is the addition of Joel Rosario. He has experience with this son of Medaglia d’Oro, so that is going to come in handy when all assemble at the gate on Saturday. Another Godolphin homebred comes to Churchill. Which ones will go home a winner? Hmm . . .

Drawn way to the outside, this Jack Sisterson runner might benefit from this placement. The key for jockey Tyler Gaffalione is to get clear of the traffic as fast as possible and secure a forwardly-placed position. If he can do that, then he might have a shot scoring a massive upset. Otherwise, when you get shuffled back, it is tough to make a big run. Some of this son of Speightstown’s back class looks inviting, but maybe he needs at least one more race before he is ready to dive into G2 Co. again. Just a thought . . .

If our thoughts on the race have inspired you to place a bet on the race - you can do so via AMWager, BetAmerica, TVG and TwinSpires via our Race Card for this race below...