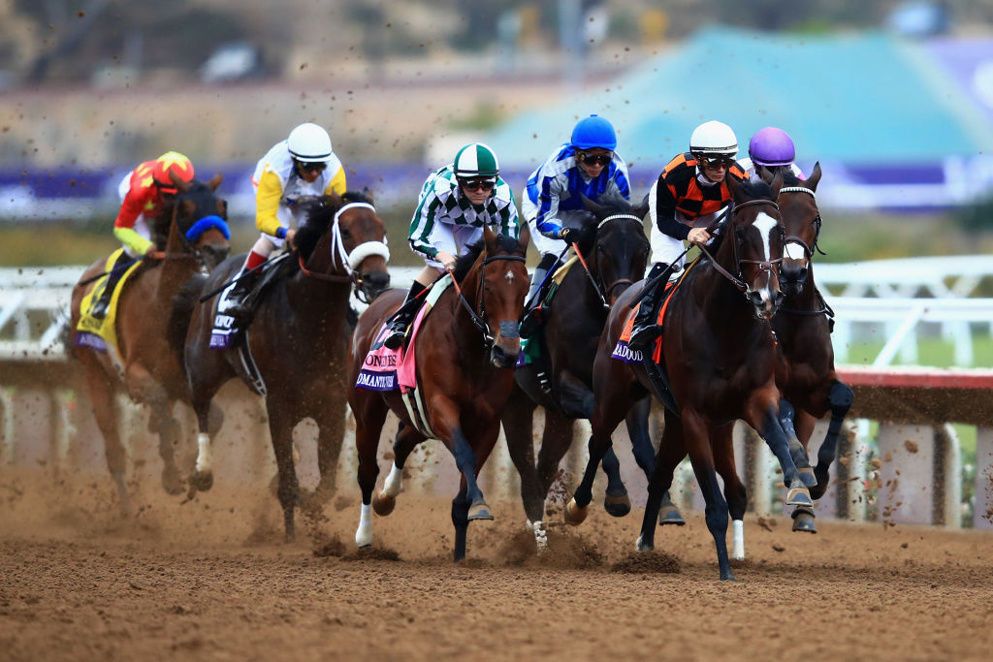 Del Mar Racetrack just outside of Solana Beach is ready some California racing on this Friday. Our free picks are coming your way, plus some targeted analysis!

The Del Mar Thoroughbred Club is ready for another day of racing, close to the surf … and we know what is to come on the grass, aka the turf! Situated right next to Solana Beach in SoCal, the Del Mar Meet brings together the very best racing.

With picks and analysis through Labor Day, it should be a rousing series of great races ... Some of the highlights include the Del Mar Handicap, and eventually, the TVG Pacific Classic. Stay tuned … it is going to be another fabulous time at Del Mar!

Looking over this card, I stumbled upon a “likely victor” in Mark Glatt’s filly by Tapiture. She has some solid turf form, and comes from a barn that is looking to get on track at the DMR Meet. Owned by Edge Racing (a branch of MyRacehorse), this one looks mighty sharp. I like it when a runner gets back to a surface where they once excelled. He does have experience on the Jimmy Durante Turf Course, and that could come in handy in this spot.

The famed Todd Pletcher turfer, English Channel, left us, but some of his progeny are still running at a high-rate of speed. Here is a gelding that has some strong turf form against Starter Allowance Co., but who is to say that he cannot rise to the occasion in this OC contest. Dan Blacker has had his share of success over this past year, and it has been fun to watch. He doesn’t get together with celebrated jockey Victor Espinoza all that often. This rider has success on the grass when you least expect it, and I would not put it past him to get this one home. Interestingly enough, this is the 5-yr-old’s 1st trip to Del Mar. Time for everyone involved to step-up …

The “spotlight” on this Friday afternoon will shine on this race—Real Good Deal S. A “Non-G” for Cal breds, we have a local celebrity that made some waves along the early part of the Derby Trail for Doug O’Neill. Slow Down Andy #2 actually beat Bob Baffert’s Messier in the Los “Al” Futurity (G2) way back in December of last year. He showed heart, as Mario Gutierrez asked for more down the stretch. After shipping to the competitive Risen Star S. (G2) at the Fair Grounds, he then went to Sunland for their Derby (G3). It was a hard-fought victory for Reddam Racing against Jim Rome’s Straight Up G #3. Now, they get to face each other once more, and frankly, I am with “Andy” again. One other runner though that looks quite inviting is Richard Mandella’s Big City Lights #9. The colt by Mr. Big is coming to his new barn off a pair of victories. It is not easy to win the 1st couple of races of your career, but the former Luis Mendez trainee handled it quite nicely. Maybe this talented horse with early speed is ready for some stiffer competition. It will not be easy, but with Juan Hernandez aboard, he could be looking at another victory. Mandella, despite being ill (we hope he has a speedy recovery), notched a number of signature wins at Del Mar last weekend. Here is the bet I have constructed for your perusal …

Opt-in & every Wednesday in August TVG will refund your first bet on the Late Pick 4 at Hoosier Park up to $25 when your ticket has winners in 3 legs and loses in only 1. T&Cs apply