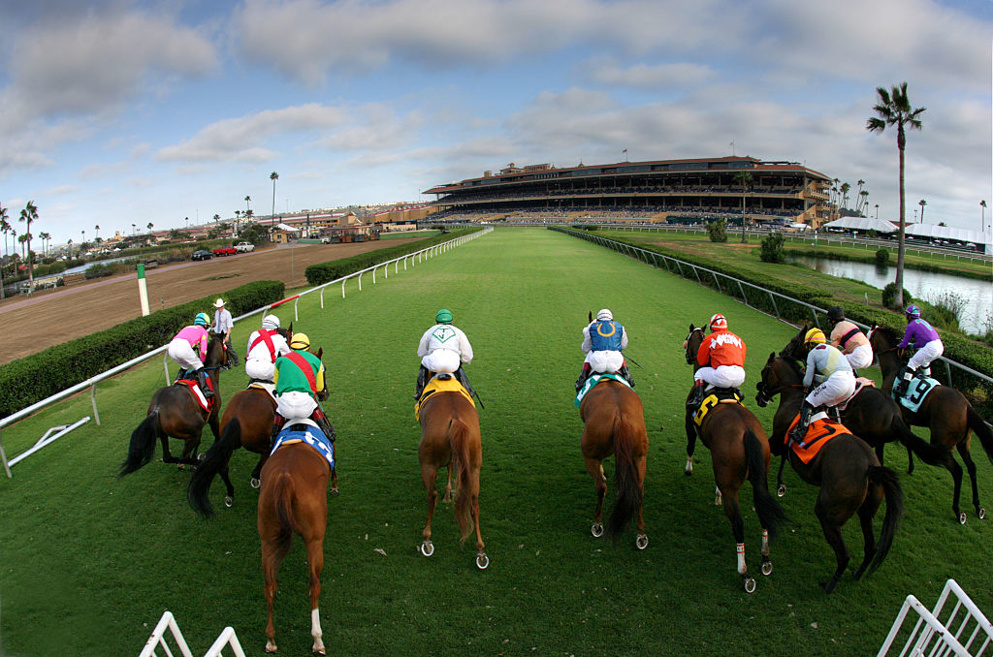 The Del Mar Oaks (G1) will serve as a worthy feature on Saturday, but we also have a bevy of grass races on the Jimmy Durante that are worth a bet. Check our free picks, plus some select analysis!

The Del Mar Thoroughbred Club is hosting another day of superb racing! Near the surf, the turf is where the day's action will reside! Situated right next to Solana Beach in SoCal, the Del Mar Meet brings together the very best in the region.

With picks and analysis through Labor Day, it should be a rousing series of great races ... Some of the highlights include the forthcoming Del Mar Handicap, and eventually, the TVG Pacific Classic. Stay tuned … it is going to be another fabulous time at Del Mar!

We know that trainer Phil D’Amato has a strong turf stable at the ready, and this mare by Holy Roman Emperor (IRE) is looking to build on a nice victory last time out at the Meet. She reunites with regular rider Umberto Rispoli, and that is a good decision considering his affinity for the green. The bump in class is not going to be a cinch, but her level of fitness is quite strong right now. She has wind beneath those wings of hers …

We are facing a tough turf race on the Jimmy Durante, and it is never easy with a bunch of precocious 2-yr-olds. I like one of the Spendthrift-owned runners because this daughter of Candy Ride (ARG) already has her debut in the books. Even though she did not display much talent, this is not unusual because sometimes they are just trying to figure out what is going on. The switch from the Del Mar MT to the grass might be just the right move at this point. Florent Geroux is incredibly adept in circumstances like these, and I am expecting a good result at a nice square price.

We have a cadre of Phil D’Amato entries that will be going up against Graham Motion’s Gainesway ace. I am sure that the Maryland-based trainer will have the favorite come post time, especially after Spendarella’s #11 success during the 1st half of 2022. After rattling off 3 wins in-a-row at Gulfstream and Keeneland, her conditioner made the decision to go after that elusive Royal Ascot victory he has sought for many years. It did not pan out, but the well-bred filly by Karokontie sure did give a huge effort in defeat. The Coronation Stakes (G1) always draws a tough crowd, and this year was no exception. Let’s put it this way … if Motion’s 3-yr-old is up to scratch, she will probably crush this field. Barring some traffic troubles, Tyler Gaffalione has his orders … get on or close to the lead, and hold it. As for D’Amato’s crew, I am only interested in Island of Love #3. By Kodiac (GB), she already has some nice SoCal turf form to her credit. I actually thought that she and Juan Hernandez performed against some serious adversity in the San Clemente (G2) back on 23 July. She has some tactical skills that can really make a difference, if she can steer clear of roadblocks. It would be a dream to get double-digit odds on this one. Speaking of numbers that lead to payouts, I would not overlook George Papaprodromou’s well-meant filly by Churchill (IRE). Lady Clementine #14 might be drawn far to the outside, but I like the way she cleared in that MSW80k at Del Mar at the end of last month. She is sharp right now, and with some luck, she has a chance to grab a piece of the action. If you can put together a reasonable set of exotic tickets, this race will pay handsomely. The directions are numerous … and anything can happen … it’s turf racing!