Del Mar Thoroughbred Picks: Shedaresthedevil can punch her BC ticket in the Hirsch ... 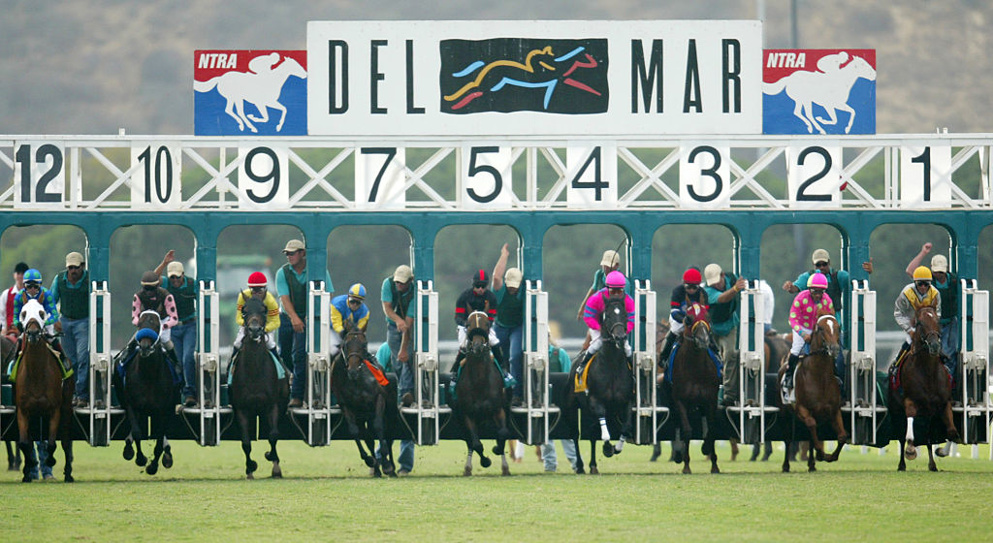 The Clement L. Hirsch (G1) is the "feature" on Sunday ... another Breeders' Cup "Win and You're In" contest is on the docket. See who J.N. Campbell likes below ...

The Grade I Clement L. Hirsch Stakes is the "feature" race of the day at Del Mar Thoroughbred Club and we have a race preview along with picks from the full slate of races. This is a Breeders' Cup Challenge Series race, as the winner will return to SoCal in November to compete in the Distaff (G1). "Win and You're In," is on the table ...

The 2021 Breeders’ Cup will be at Del Mar this year, and every “Challenge” race that has “Win and You’re In” implications is a must-watch contest. We will learn who punches their ticket to the Distaff (G1) this Sunday as older females go at it in the Hirsch Stakes, which is a Grade I affair.

This time around most will be watching Brad Cox’s Shedaresthedevil #7, a 4-yr-old filly who not only won the 2020 Kentucky Oaks (G1), but who also swept the Azeri (G2) at Oaklawn and the LaTroienne (G1) at Churchill. Though she ran up against Letruska for a 2nd time in the Odgen Phipps (G1) at Belmont and lost, she still has great ability. A deserving favorite if there is one in the Hirsch at Del Mar … As Florent Geroux comes to ride her yet again, the biggest question isn’t going to be the finish per se, but actually the start.

There is so much early speed in this race that whoever wrestles the lead away from the others might have a distinct advantage … that is if they can manage the fractions and not go too fast. Anything sub .24 will not do for any “early go-ers” … A speed duel might not help Bob Baffert’s As Time Goes By #3, Simon Callaghan’s Paige Anne #4, or Richard Baltas’ Venetian Harbor #6. Cox’s accomplished runner likes to get out quickly, so she may encounter some stiff resistance shooting out of that 7th gate position. That is a major concern … If Geroux can employ the bully tactics he used in the Azeri (G2) against Letruska (the 1st time they met), then he might be able to secure a comfortable spot on the “engine.” I am not saying that is going to be an easy task, but if anyone is up for some hustling out early, it is Geroux. His percentages are just outstanding, and I am always impressed when he comes into a track that he has not been riding on recently. What a professional …

As for a “backup” you could easily go with Baltas’ daughter of Munnings. The #6 had a nice win in the Monrovia (G2) last time out at Santa Anita. My problem is that she is switching back to the dirt, and though she is rested, I am not sure getting this distance is in the cards. The only other bulwark against Cox that is drawn in here seems to be Baffert’s filly out of American Pharoah. The #3 is going to be a second choice on the tote for sure, and maybe just as short as Cox’s router. She was excellent at Santa Anita, especially in the San Margarita (G2) where she just absolutely destroyed the field. Winning by 9+ lengths is no easy task. With HOF jockey Mike Smith aboard, she looks dangerous in Baffert’s backyard.

Still, I am not shy about playing Cox’s runner on top. She is a clear “Single” when it comes to horizontal wagers, and I think Geroux gets this done for his Kentucky-based conditioner.