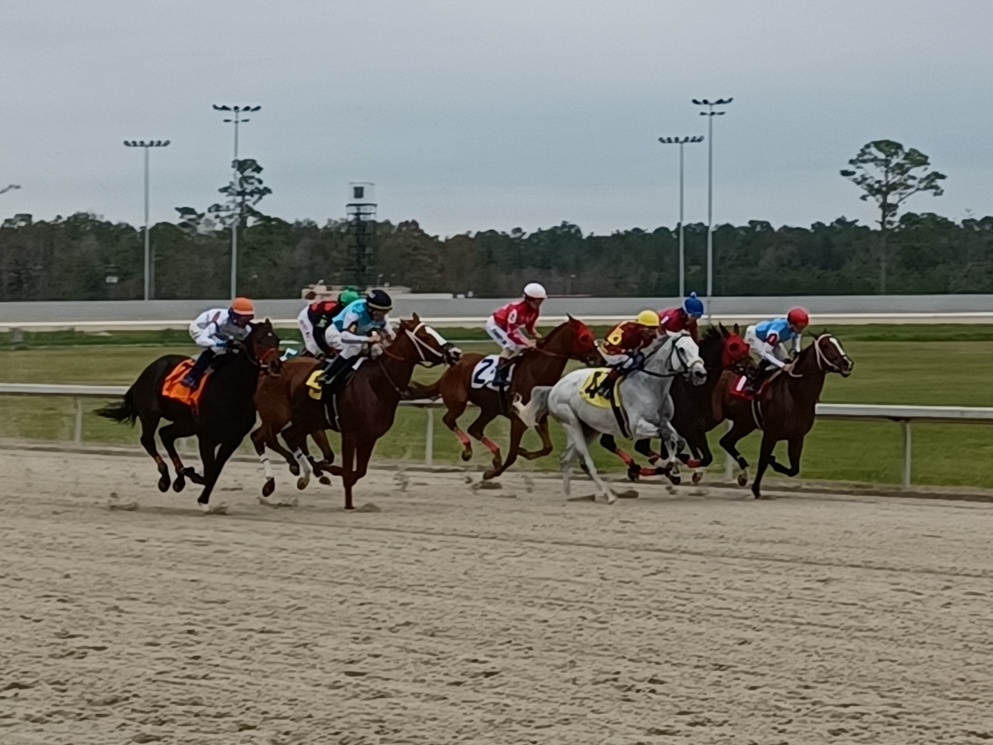 Delta Downs resumes its daily racing routine ... check out these selections below!

One of the best kept secrets in all of Thoroughbred racing starts another week ... it's Delta Downs!

Located near Lake Charles, Louisiana, the Boyd Gaming site features a 6 furlong "bull ring" that is ready for action.

If you're looking for picks elsewhere around the country this Wednesday day be sure to check out our free Horse Racing Picks via the gold button below.

The Chatters Barn is looking to send this 2-yr-old colt into ALLW Co. for the 1st time. That makes total sense, especially considering how well he took to the “Bullring” for his opening try at Delta. That was a 5F sprint, and he rated well. Jockey Kevin Smith gets aboard once again, and that equates to stability. He will not be 12/1 this time around, but I am hoping he drifts a bit … offering us some value. I think odds of 8/5 are probably square, but anything above that qualifies as an overlay.

If you are after a bargain at this condition level, then check out Rowdy Morris’ mare. She is a 5-yr-old with 20 starts under her saddle. Though only 3 of those are wins, she has hit the board 5 other times. Morris is one of those trainers who is also an owner, and that angle is always intriguing to me. Earlier this year at Delta, his older female was running consistently in “Claiming” Co. He sent her up the ladder into ALLW Co. at Louisiana Downs, only to see her fade once she got back to Delta. She is better than some might believe, and I am betting that her price will be double digits when post time rolls around Wednesday. I also like the riding ability of Jose Guerrero; don’t count that fellow out. What a play …

The “feature” on Wednesday is this nifty race for 3-yr-olds and up. Trainer Karl Broberg has established his hegemony over this part of SW Louisiana Thoroughbred-land, and his End Zone Athletics coupled entry of Frank the Mayor #1 and Jackman #1A look formidable. Tim Thornton can only ride one of these though, so unless Broberg has another rider in mind, one of these will probably scratch. I rather like the former since the gelding by Midnight Lute has the ability to run much better than that last effort over the track. Some others that look of interest include Allen Landry’s Scrappy Artie #4. The gelding switched barns from Mike Yates op, and ran well for his new outfit at Delta. His prior work was all at Gulfstream Park. That probably gave the son of Uncaptured a nice base, and his ability to stay close to the frontend is an asset. Last but not least, I would not overlook an Arkansas bred from the midst of Tim Dixon. These runners do not get their due, but based on Dusty Hill’s #5 try at Delta in early November, it looks like he has game. Even though he was not going to best Old Indian Trick in that ALLW36k race on 5 Nov., it was still a quality effort. I think I have a worthy group … time to construct a ticket!

Delta Downs is back for another week of racing … enjoy some racing from SW Louisiana!