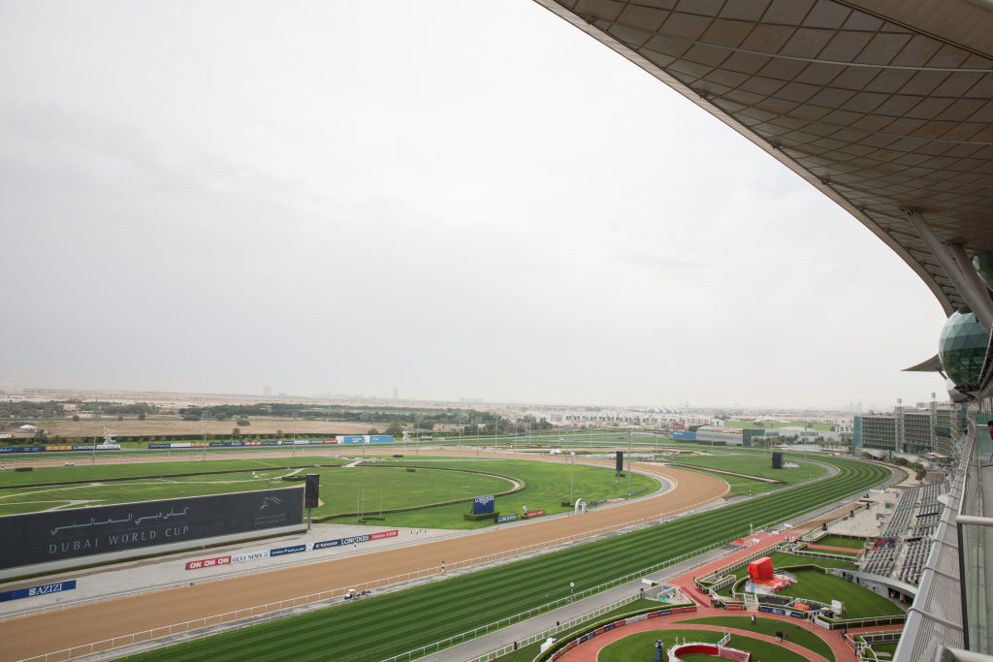 The 2021 Dubai World Cup is back! See who our J.N. Campbell likes, and with his signature wager, you might want to see the method behind it! Enjoy the Dubai Carnival...

The $12,000,000 Dubai World Cup rounds off the card over at Meydan Racecourse this Saturday.

Our turf-man has got the DWC assignment and our Race Card and his analysis follows...

The 2021 Dubai Racing Carnival from the Meydan Racecourse returns this year, with its feature firmly fixed—The World Cup. However, unlike in the past, there appears to be a tradeoff. A massive field of 14 draws in, but bettors might be skeptical when it comes to measuring the quality of this field. Perhaps it is the effects of COVID-19? Whatever the case, though the phrase “caveat emptor” comes to mind when it comes to wagering on this race, other developments might counter-balance that assessment of “buyer beware.”

For American bettors, news to the good broke recently that the Hong Kong Jockey Club (HKLC), an influential and astute organization, would be spearheading the global-taking of all bets—including those from North America. This is a fundamental shift, since in the past, a sequestered US pool was in play, which was always heavily stilted towards their own runners. Thus, a Bob Baffert entry was heavily over bet, and was a fundamentally different price elsewhere. Should be interesting.

Looking at this year’s DWC M/L odds… Mike Stidham’s Mystic Guide #10 (PP #6) will serve as the presumptive favorite for homefield-advantage-laden Godolphin. All systems look “go” for this powerful 4-yr-old homebred out of Ghostzapper. His conditioner has fought through everything from COVID restrictions a year ago at his Fair Grounds base to sending the then 3-yr-old "Mystic" into some challenging racing environments like Belmont and Saratoga. His bow this year in the Razorback (G3) yielded an impressive speed fig. Getting Luis Saez to make the trip from Gulfstream Park is absolutely key. Can anyone beat this favorite?

The answer to that initially appears delicate to answer. Certainly, the other American imports like Jesus’ Team #7 (PP#9), Sleepy Eyes Todd #12 (PP#10), and even Title Ready #14 (PP#4) have game. Anyone of them could hit the board, and they each would provide a better financial play. I might choose to go in another direction, especially since travelling from America and adapting to the Meydan track may not be as easy as you might think. Of course, “Sleepy” was already in the Middle East, after finishing a distant 5th in the Saudi Cup last month. I am not swayed by his abilities, and for that reason, I want to look elsewhere.

Spurning the local crowd of Meydan runners who I find proficient, but lacking in class, I landed on 2 others. The first is Chuwa Wizard #3, an accomplished Japanese router. Out of King Kamehameha (JPN) he has handled both dirt and turf under the watchful eye of Ryuji Okubu. Though he did not take to the Riyadhi MT in the Saudi Cup, he still is a major talent, and he should be a major price when juxtaposed against Mystic Guide #10. His regular rider, Keita Tosaki, is on board once again, and if he can return to that effort he gave in Kawasaki and Chukyo, then he will be in good shape. Let’s use him in several scenarios.

The other entry that bucks what I was saying earlier about “shipping in” is Andre Fabre’s Magny Cours #8, who has spent most of his career running in his trainer’s France. This son of the great Medaglia d’Oro is the Mishriff-version from the Saudi Cup, but for the DWC. Owned by Godolphin, he has run primarily on the grass, and will be written off for his lack of surface experience. Don’t… this experienced 6-yr-old can rate, and he has some major ability. Even though he has not competed at the highest “Graded” levels in Europe, remember, neither has much of his competition. The best news for Fabre is that William Buick rides this one again. I think he is one of the top 3 jockeys in the world, possessing toughness and elegance, sometimes all within the same ride.

For my money, I want to wager using a Trifecta Box… it seems like the best opportunity, considering Mystic Guide #10 should end up being a fairly short price, and should at the very least if he is firing, hit the board. Chuwa Wizard #3 and Magny Cours #8 will possibly both be double-digit odds at post time, and could possibly spring an upset.