Theodora B. is our fancy in the E.P. Taylor 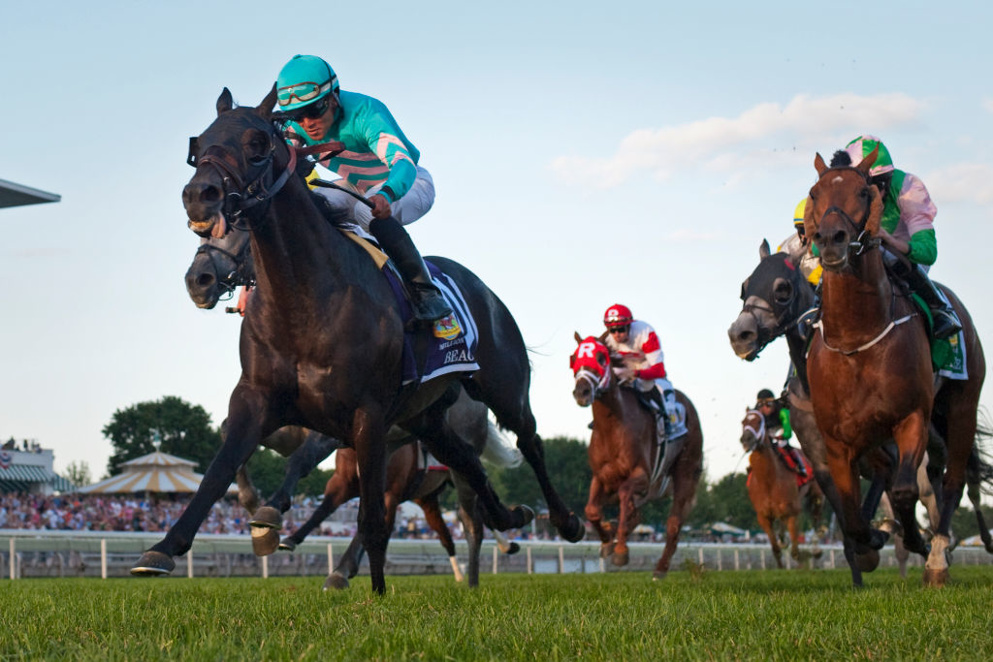 The second Grade I at Woodbine on Sunday is the E.P. Taylor Stakes

There’s a theme on this Woodbine card of G1 races that don’t really deserve that designation, which certainly holds true for the E.P. Taylor. The morning-line favorite for this mile and a quarter race is Etoile (#3), who’s topped out on the Beyer scale at 89. Her favoritism, if she does end up the favorite, is going to stem mostly from being trained by Chad Brown. While Brown is always dangerous in turf stakes, what this French import has accomplished in the U.S. leaves much to be desired. In her last start in the G2 Dance Smartly over this course and distance she finished a close second to Theodora B. (#4), but she was never getting by that one in the stretch. There’s definitely room for improvement in her third domestic start, however the price is going to be too unappealing to warrant a play.

On my first pass through this race I wanted to be against Theodora B., who’s gotten fantastic trips in each of her last two starts, both of which resulted in victories, but there are just so few other directions to go in. She was able to set an easy pace in the Dance Smartly and again last out in the TVG at Kentucky Downs, but she has the early speed to do so again here and she’s tough on the front end. I don’t want to put too much stock in the 95 Beyer she earned for her TVG score considering the course it came on, however she was able to hold off the classy Mrs. Sippy, who would be a prohibitive favorite in this spot. I’m hoping Theodora B. is ridden aggressively out of the gate, because I do think she’ll be difficult to run down if she makes the lead.

Rideforthecause (#1) is another I didn’t have much interest in at first glance but she grew on me after wading through this mediocre miasma. Her breakthrough win last out in the G2 Canadian seemed to mostly be a product of trip — she sat at the back of the pack as a hot pace unfolded in front of her — but it was marked improvement over her prior form and it’s possible she just wants to go longer. She is a half to Say the Word, who’s a contender in the G1 Northern Dancer earlier on the card and has run well at a mile and a quarter, so I think she may appreciate the additional furlong she gets here.

Much like Admiralty Pier in the Northern Dancer, Secret Message (#6) is probably the best runner in this race but I didn’t really know what to do with her. She actually defeated the incomparable Starship Jubilee over this turf course last year, which is a huge feather in her cap, but I don’t like either of her last two races and I don’t know that this distance works for her. If she’s truly going to be 6-1, as she is on the morning line, she’s probably worth a bet, but I don’t see that happening.