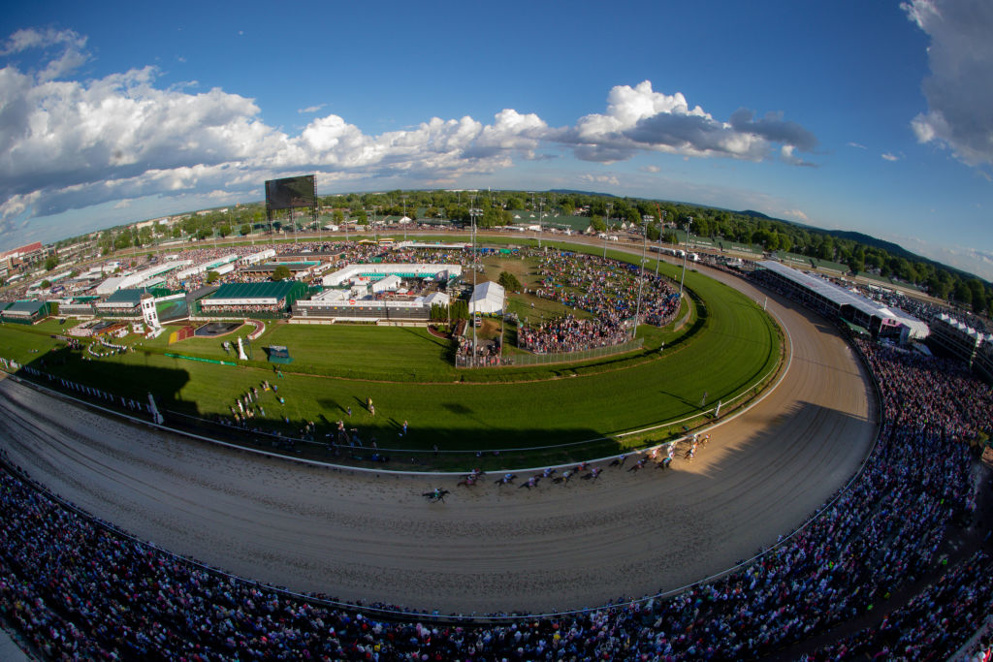 It is the Kentucky Downs Preview Day at Ellis Park and our in-house handicapper is all over it with his All-Stakes Pick-5 analysis...

The two horses I like best in this race are those coming out of the G3 Shakertown at Keeneland. The Shakertown was as good a turf sprint as you’ll find in this country, and Tiger Blood (#2) and Tell Your Daddy (#6) both ran well to come within two lengths of victory. Though Tiger Blood finished worse of the pair, I thought he ran the better race as he pressed a very fast pace and hung in gamely in the stretch. He’s probably more of a five-furlong specialist, but he’s a quality turf sprinter and is going to be tough to beat in here.

Tell Your Daddy got a great trip in the Shakertown, but there’s no reason he can’t get a similar trip in this spot given the amount of early speed signed on. He’s been in good form since his connections decided to focus on sprints with him earlier this year, and despite finishing ahead of Tiger Blood last time he’s going to be the bigger price of the pair.

I find this placement of Vanbrugh (#8) a bit curious. I know he had some success sprinting overseas, but this cut back to 5 ½ furlongs seems drastic for a horse that showed a lot of ability going a mile in his U.S. debut while displaying very little early foot. He can win, but these turf turnbacks rarely seem to work.

If Spectacular Gem (#3) runs back to his last race, he’s probably going to win. He came off a pretty lengthy layoff last out and toyed with a solid group of older horses in what was essentially a stakes race. He has the early speed to work out his own trip, and there’s really not much pace to go with him again in this spot. The stumbling block with him is that I’ve really never been a big fan of his and I’d want to see it again at a short price before declaring him a true stakes horse.

Hembree (#2) is a logical contender coming out of the G1 Maker’s Mark Mile at Keeneland. While he didn’t turn in a lights-out effort in that spot, it obviously came against a much stronger field and he was matching strides late with my top pick in that race, Without Parole. He’s maybe not in quite the same form he was in 2019, but Mike Maker has gotten him back to a high level of competition and he should be rolling late again.

I respect these two, but my top pick in this race is Ritzy A. P. (#4). His first start with trainer Jack Sisterson on May 21 at Churchill Downs when he finished a close second to Mr. Dumas was very good, and that race has proven to be even stronger in retrospect. He took a noticeable step back last out in the G2 Wise Dan at Churchill, but he was running on the worse part of the turf course that day, which may have had something to do with his regression. If he can bounce back to his 2020 debut, I think he has a chance to upset this field at a generous price.

There was a time when Morticia (#5) would’ve thrashed this field, but alas, it seems those days are over. Her 2020 debut wasn’t bad, but it was a race she absolutely should’ve won, and if you were thinking she may have just needed a race off the layoff, she came back with a truly dismal effort over her preferred turf course at Churchill Downs. I have great admiration for this mare, but I have no use for her as the favorite in this race.

Based on her last race, Into Mystic (#2) looks like she towers over this field. She happened to catch absolute killers Jolie Olimpica and Oleksandra in her turf debut in the G2 Monrovia out west, and she did very well to finish fourth while beaten under two lengths by the winner. A repeat of that performance would make her awfully tough to beat, but something just looks amiss with this filly as she changes hands yet again and ships east.

My top pick in this race and the horse I’m most interested in betting on this entire card is Lead Guitar (#7). It may look like she’s too slow to contend in this spot, but I think she has major excuses for each of her last two races. Two back she actually won her seasonal debut on turf, and I made note that she entered the race with just two published works. Despite the light seasoning and wide trip she endured on an inside-favoring course, she drew away with ease in the stretch. I was anxious to bet her in her next race thinking she was set to move way forward, but it happened to come on dirt, a surface she clearly didn’t care for. She now gets back to her preferred surface and should be plenty fit; if she can get back to her 2019 form or even exceed it I think she’s going to be very dangerous.

I also want to incorporate Ambassador Luna (#10) as a ‘main’ play. This filly has been a little hit or miss in her career, but she nearly defeated salty turf sprint veteran Pay Any Price on his home track of Gulfstream Park last out. A similar effort would absolutely put her in the mix.

Daddy Is a Legend (#4) is likely going to win this race because she’s many lengths better than her competition on her best day, but this is a strange spot for her to show up in. Her new trainer, Rusty Arnold, has said there are no plans beyond this, which is also odd for a mare that’s been knocking on the door at the G1 level, and I just don’t get good vibes from her heading into this race. She’ll probably win as the odds-on favorite, but I have to use other horses.

The two fillies I landed on at a price are Frond (#2) and English Affair (#6), for little other reason than this just feels like a race ripe for an upset. Frond got in a useful prep for this in an off-the-turf race at Churchill Downs, while English Affair nearly won this race two years ago and is rounding back into her best form. Ben Colebrook, trainer of Frond, and Arnold, trainer of English Affair, have a habit of popping up and winning races when you least suspect them. I think this could be one of those instances.

I really wanted to be completely against Factor This (#10) in this race, but I couldn’t do it. You’ll be hard-pressed to a horse as lucky as him. He’s now rode an inside bias to victory in each of his last three starts and appears way better on paper than he actually is, but even if he craters back to Earth in this spot he’d still be a major contender. There just isn’t much in here that he shouldn’t be able to handle.

The one horse I’d like to use alongside Factor This is Empire of War (#4). His last race wasn’t visually impressive and it came against a rather weak field for the level at Keeneland, but I have the utmost respect for Mike Maker stretching horses out in distance. Empire of War galloped out in his most recent start as if he would appreciate more ground, and he should be able to attain good position early just off the speed. If he ends up anywhere near his 10-1 morning-line odds, he’s going to offer solid value.

Most Likely Winner:  Daddy Is a Legend (Race 9)