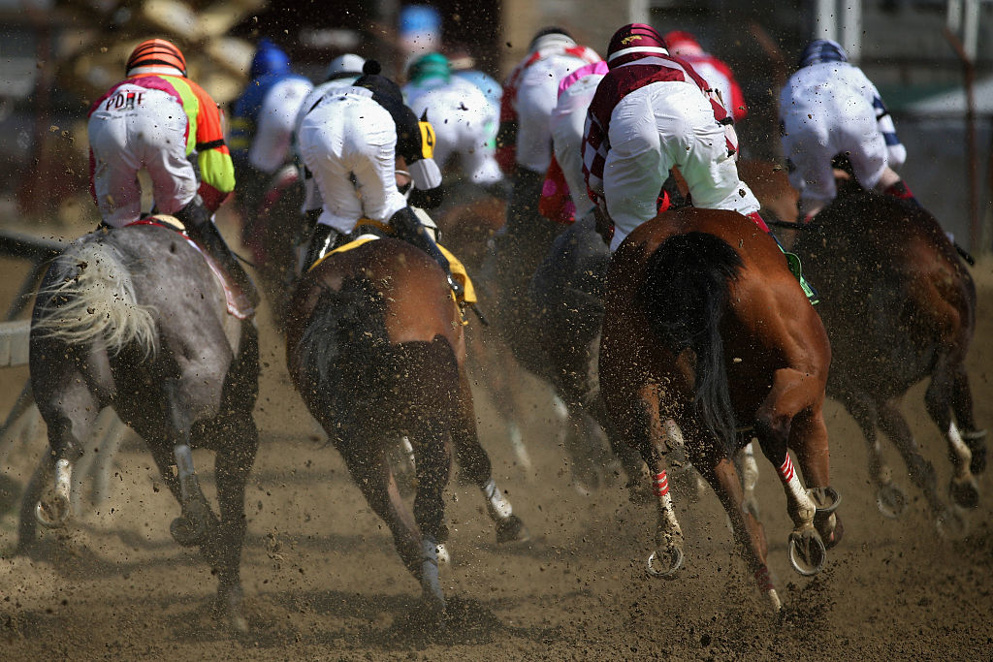 Ellis Park, known affectionately as the Pea Patch, hosts the biggest day of the Meet. With a stakes card, the betting opportunities are numerous, so get ready to do some 'capping!

Ellis Park sits right on the Kentucky and Indiana border ... With both dirt and turf, it is the place to be in Kentucky come July and August. This Sunday, the stakes are plentiful, and it is a loaded card with some excellent betting opportunities. Below you will find analysis of 3 of the "key" races, with some expert selections. If you a value-seeker, then is write-up is for you!

You cannot negate the power of Brad Cox and Juddmonte. Here is one of their homebreds that is looking to get back on track after a miss in the Grade 3 Indiana Oaks. Maybe it was an off-track that afternoon? Whatever the case, the well-bred filly by Into Mischief has the ability to rate from just off-the-pace. Joe Talamo takes over, and the cutback in distance should be something his mount can take advantage of, if she can get a bit of pace to run into. The price should be superb, but I doubt seriously that it will end close to 5/1.

Looking for some value on this Sunday card, I am a super fan when it comes to horses trained by Larry Jones. He is one of those conditioners that knows his business, and runs an impeccable operation. I have watched this filly by Curlin this past year with more than just a passing interest. Following her progress at Oaklawn, she finally broke her maiden in late March with a late run against some stiff MSW90k Co. Jones sought to get her into the ALLW Co. pipeline at Churchill, and she really took to the 2-turn competition. I think she is sitting on a major race, and looks incredibly fit after a break. Mitch Murrill is a jockey that doesn’t always get the press he is due. What a price on the tote board this one will be! How about double-digit odds? Yes indeed …

It is time to head to the 1-mile chute at Ellis for the big one … the Runhappy Ellis Park Derby! This is a great option for 3-yr-olds that maybe were not quite accomplished enough to point to Saratoga for the summer. Still, a win in a race like this one will be a feather in the connection’s cap, so to speak. The class of this field resides either with Vicky Oliver’s Trademark #9, a gelding by Upstart or Dallas Stewart’s son of Into Mischief, Strava #2. The former makes a ton of sense to back, since he is dropping out of the Indiana Derby (G3). His performance in that race was suspect, especially since he was loose-on-the-lead … Rafael Bejarano just could not keep his mount in-play, despite setting some honest fractions. Now, Oliver makes an interesting rider switch to Gerardo Corrales in an attempt to notch his 1st stakes victory. As for the latter, Brian Hernandez rides for Stweart, and they are looking to build on a resounding OC80kn1x victory at Churchill back in early June. John Velazquez was aboard, and he romped with a 6-length score … very impressive. This is going to be a tougher spot, but having battled big fields before, he could be ready for his 1st stakes score. I am going to use both of these top-rated runners, but for a price play, I would not count out the talent of Steve Asmussen’s Chasing Time #6. You will probably remember this son of Not This Time from the Derby Trail. He competed in some high-end races in the Arkansas Series, and even though he did not win the Chick Lang (G3) at Pimlico or the Woody Stephens (G1) at Belmont, those travels have helped to build his resume. The MyRacehorse clan will be out in force, for sure, but I am hoping they do not drive his price down too far from 8/1. This is where Rafael Bejarano lands, and he missed at Ellis when he piloted this one in an OC75kn3l … time for some redemption. What can we say about the reach of HOF-er Asmussen? Wow … that is all I’ve got … What a race to cap this card … should be a good one …

Enjoy some racing from the Pea Patch! Best of Luck on another run at Ellis Park! Be sure to follow us on Twitter … Horseracing_USA !!!