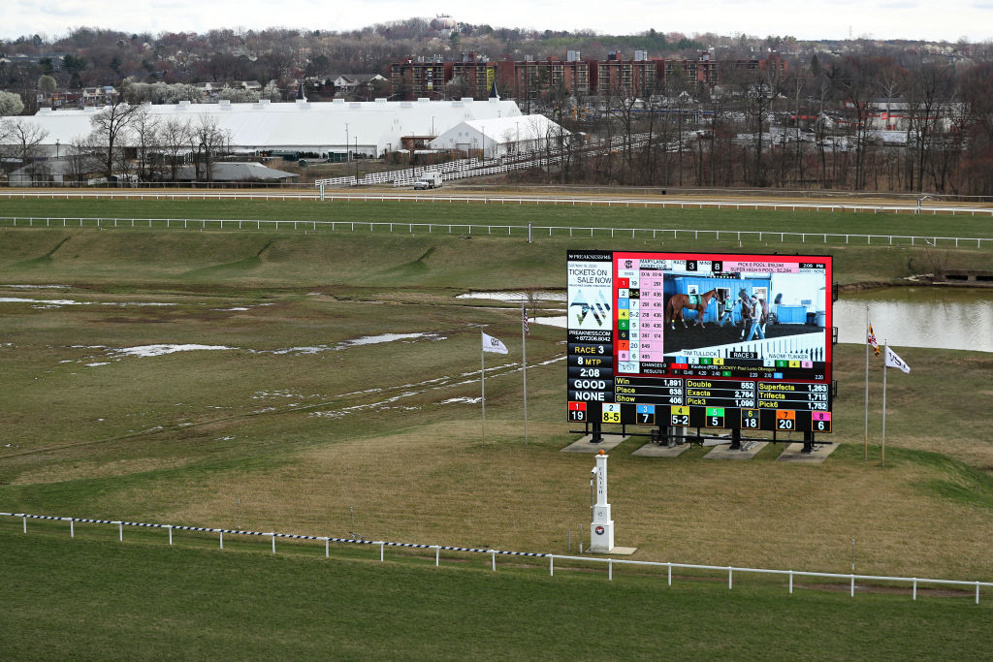 This Thursday our in-house handicapper has chosen to take on Laurel Park for his deep-dive analysis column, featuring the Late Pick-5 Races. His selections for Races 6-10 are below along with all his thoughts...

It took a pretty steep drop to wake him back up, but in the case of Thatwouldbegrand (#3) I’m inclined to believe he can keep the momentum going as he re-ascends the class ladder. Early last year this horse was running numbers that would demolish this field, and he approached those figures again last out after some disappointing results to begin the year against superior competition. His form turnaround also included showing renewed early speed under this same apprentice rider, and if he can break running again I think he’s going to be very tough to beat.

Willmakeyouhappy (#7) has races fast enough to win, including his last two starts for his new trainer Anthony Farrior, but I don’t think he’s as good as Thatwouldbegrand if his current form holds. I’m actually slightly more interested in a horse that finished just behind Willmakeyouhappy two back, and that’s Forfiftyfiverocket (#2). This horse seemed to be on an upward trajectory in the middle of his sophomore year and probably ran better than Willmakeyouhappy in their mutual start as he closed into a tepid pace. He took a step backwards last out after being steadied shortly after the start, but I’m willing to give him a mulligan for that effort. He’s going to be a pretty appealing price and if he gets back on track here he’s got a big chance.

The two mares I’d like to focus on in this race have obscured turf sprint form and should offer some value as a result. Buff’s in Love (#2) is an obvious candidate to rebound after recently contesting two off-the-turf races. She’s won on dirt in the past, but at this point in her career she’s a turf specialist. In her last start on the lawn she held her own in a starter optional claimer here that produced two-next out winners, and a repeat of that performance would make her very formidable.

My other ‘main’ play should fly under the radar even more. Theaterintheround (#7) wasn’t good in her only turf start this year, but that came with the low-profile Gregory Viands and it’s possible she needed the race anyway. She’s since been transferred to the potent barn of Kieron Magee but was unable to get on turf in her latest outing, which was washed onto the main track. If she gets back to the turf form she showed last year in New York, she’s going to be a major player. I think she’s going to come down significantly from her 15-1 morning-line odds, but she should still be a big overlay in this race.

Mr. d’Angelo (#4) has posted speed figures that are consistently better than his competition, however I’m just not entirely sold on him at a short price. Two back he ran well in his seasonal bow at a higher class level, but last time he got a much better trip than the comment line suggests and didn’t have as much kick as it seems. He can clearly win, but he’s not going to offer any value and is reliant on an honest pace in front of him.

My top pick in this race is Benny Havens (#8). His first turf start as a 3-year-old was quite good, as he had some early trouble and stayed on well through a bit of traffic in the stretch. In his last start he was left to his own devices and set a ludicrous pace, then predictably came up empty in the stretch. If his new rider can ration his abundant early speed, I think this guy has a good chance to upset this field at a price.

Tom Hagen (#2) is finally going to get an opportunity to run on turf after showing some ability on this surface last year. I don’t know what to make of his last race considering he’s handled dirt in the past, but I can’t ignore that his turf races from 2019 would give him a big chance in this race. His new trainer is also somewhat of a question mark, but she’s sent out a few live runners at this meet and I think it’s fair to expect this horse to bounce back.

There’s not much to be said in this race as Coconut Cake (#2) looms a very likely winner in this small field. This filly began her career on turf but she had no trouble transitioning to the main track in her last start when it was washed off the grass. The filly she beat, Break Curfew, is a legitimately fast dirt sprinter and would be an overwhelming favorite in this race if she were eligible. Instead, Coconut Cake is going to inherit that role, and I don’t see much sense in playing against her.

The only other filly that catches my eye is Quiet Imagination (#3). She finished ahead of a number of today’s rivals in her last start despite a sub-optimal trip, and I see no reason why that won’t happen again, though I don’t think she’s on par with Coconut Cake.

Celebre (#2) didn’t show much in her U.S. debut against maiden special weight company and was promptly dropped in class to this level, though that move failed to produce a better result. I think she has a major excuse for that performance, however, as it came on an absolute bog at Laurel that she may not have cared for. She hasn’t done much running yet in the States, but she’s probably just too classy for the horses at this level.

Dancing Til Dusk (#3) is actually stepping up in class for this race, but she ran well last out against a comparable group at Colonial Downs. If she runs back to that race she’s going to be a clear-cut contender, and she could end up offering a bit of value because of her obscure trainer.

Pimlico Late Pick-5 Picks and Horse Racing Analysis as HorseRacing.net provides Previews and Selections for the…