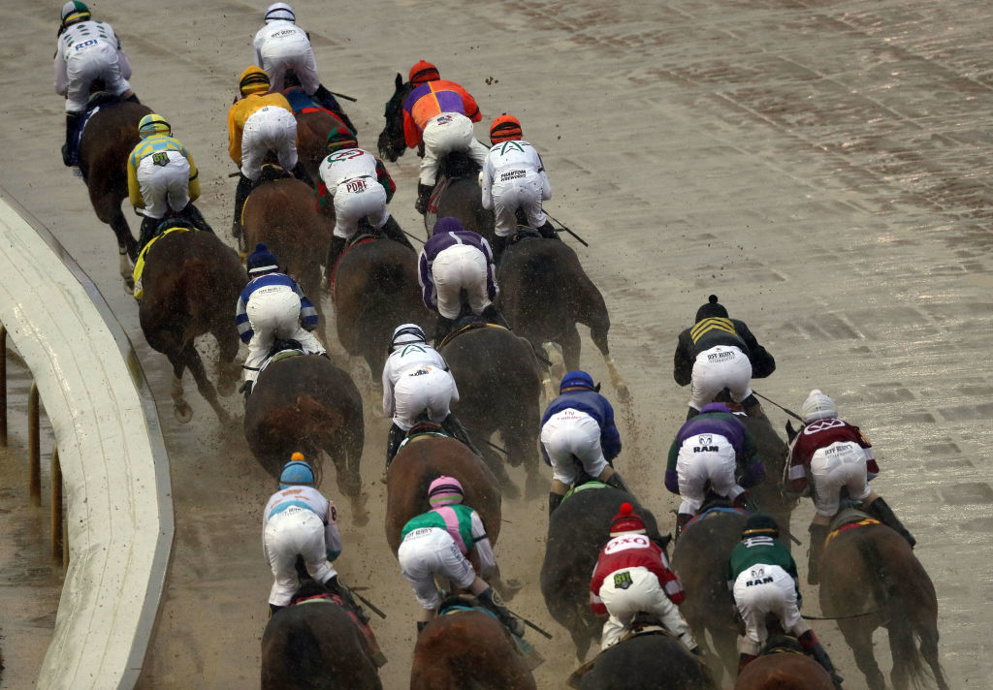 The winter home of Kentucky racing, Turfway Park has another eight races on tap on Thursday night

Most Likely Winner:  Nineeleventurbo (Race 3) - He may have regressed a bit on the Beyer Speed Figure scale, but this horse really took to the synthetic track at Turfway in his last start, nearly overcoming a glacial pace to prevail. He beat one of his main rivals today, Scale, by three lengths in that outing, and the pace in this spot figures to be much faster, though Nineeleventurbo is capable of showing more speed himself. If he merely repeats his last race he’s going to prove too good for these.

Best Value:  Exprompt (Race 7) - This horse is coming off a disastrous outing on the main track at Hawthorne, but that was only the second dirt start of his career and he’s obviously much better on turf and synth. His turf race two back is better than it looks and earlier in the year he was a dominant winner over the synthetic track at Arlington Park. If he gets back to that kind of effort he can upset this lackluster field at what should be a generous price.

Other Races of Interest:  Race 4 - It’s tough to have much conviction in anyone in this field of 12k filly and mare claimers as they all go in and out of form at the drop of a hat, which is why I’m giving Tempestuous Amy (#6) off the layoff. Unlike the others, this mare usually shows up and runs her race, and she has had some success over this track, including an easy win at this level last year. The time off is obviously a concern, but she’s going to be a big price and is capable of winning this race if she returns in similar form.

Race 6 - There are a few primary contenders in this high-priced optional claimer, but Luna Fortis (#1) stands out on the heels of an impressive local victory. I was skeptical of this mare in that spot after she failed to distinguish herself in three prior synth outings, however she won very convincingly and beat Kynance, who returned to win over this track in much-improved fashion. I think Luna Fortis’ last race is probably better than it looks, and I trust her far more than Quick Witted (#4), whose turf form looks imposing but has yet to set foot on synth.

Free Aqueduct Picks for Monday 18 January 2021 as HorseRacing.net looks at the races and give you their Free Horse…