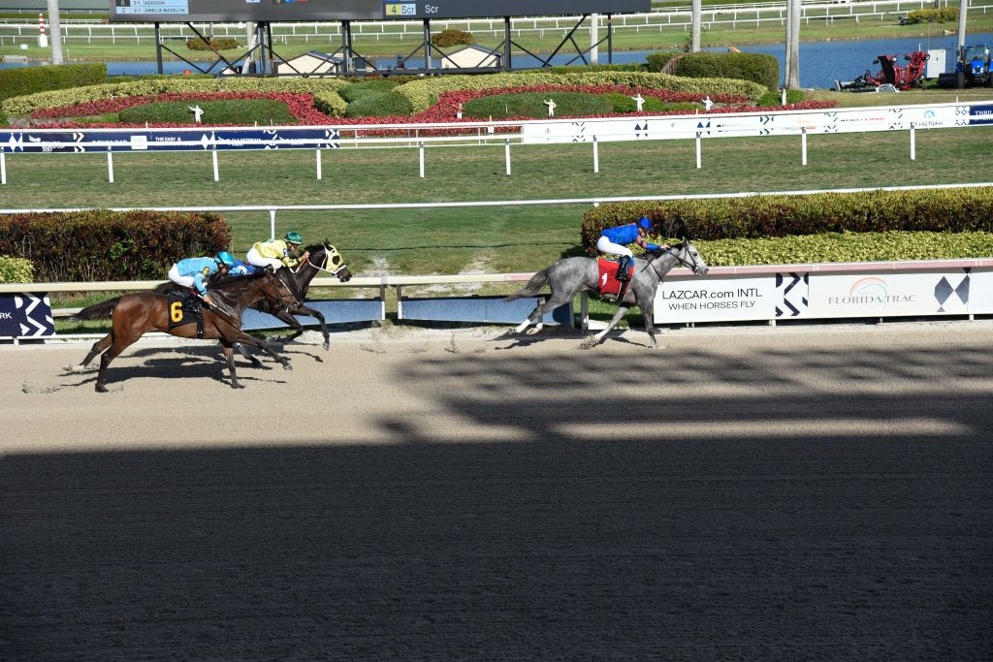 A relatively quiet Saturday at Gulfstream still features a dozen intriguing races and a turf sprint stakes that features 'Best Value' selection. Our in-house handicapper has the entire card covered with picks for every race, and has additionally provide select analysis of the program.

Most Likely Winner:  Funnybet (Race 10) - I was a little apprehensive of playing Funnybet in her last race, but she proved unequivocally that her strong races at Churchill Downs near the end of 2020 were no fluke. This filly took a pretty bad stumble at the start and closed well from the back of the pack to nearly reel in the Todd Pletcher-trained Black Magic Woman (and watching the race back I’m not sure how she lost the bob). If she runs back to that race she should easily be able to handle this mediocre first-level allowance group.

Best Value:  The Connector (Race 11) - The Silks Run came up unusually weak for a turf sprint stakes at Gulfstream, which is why I’m happy to give The Connector a try as he ships in from Tampa Bay Downs. His trainer Dennis Ward doesn’t run many horses here, but he has had a fair bit of success at Gulfstream and if this one is able to replicate his last race, a troubled third behind talented turf sprinters The Critical Way and Imprimis in the Turf Dash at Tampa, he should have a big chance at a square price. As a rapidly improving 4-year-old, I’m willing to bet he’ll be able to transfer that form to this track.

Other Races of Interest:  Race 8 - It doesn’t feature a big field, but this is a fascinating starter allowance turf marathon between some salty runners. I respect Soglio (#2) and Bourbon in May (#5), who duked it out last time in the pouring rain on February 6, however I’m siding with the lightly raced Yamato (#4) in this spot. The last time Yamato got to go this distance, two starts ago on December 17, he was fantastic, and he followed it up with a strong performance at a mile and a sixteenth. Both of those races are considerably better than anything he’s run previously, and I think turf marathoning is his true calling. He may fly under the radar a bit as bettors gravitate to the aforementioned two, but I think he’s every bit as good.

Race 9 - Fly Like An Eagle (#8) is probably going to end up favored by virtue of a third-place finish here in late January, but he got a good trip and only earned a 71 Beyer for the effort, which still leaves him well short of par for the level. He could certainly improve in his second start, however I prefer Hardison (#10), who makes his first start in South Florida for Hall of Famer Bill Mott. It’s no secret what a fantastic meet Mott has been having, and if Hardison improves at all in his 3-year-old debut as he adds Lasix he’s going to be a major player.

*If you're interested in seeing results for these races, you can find them on our Results page linked to below*