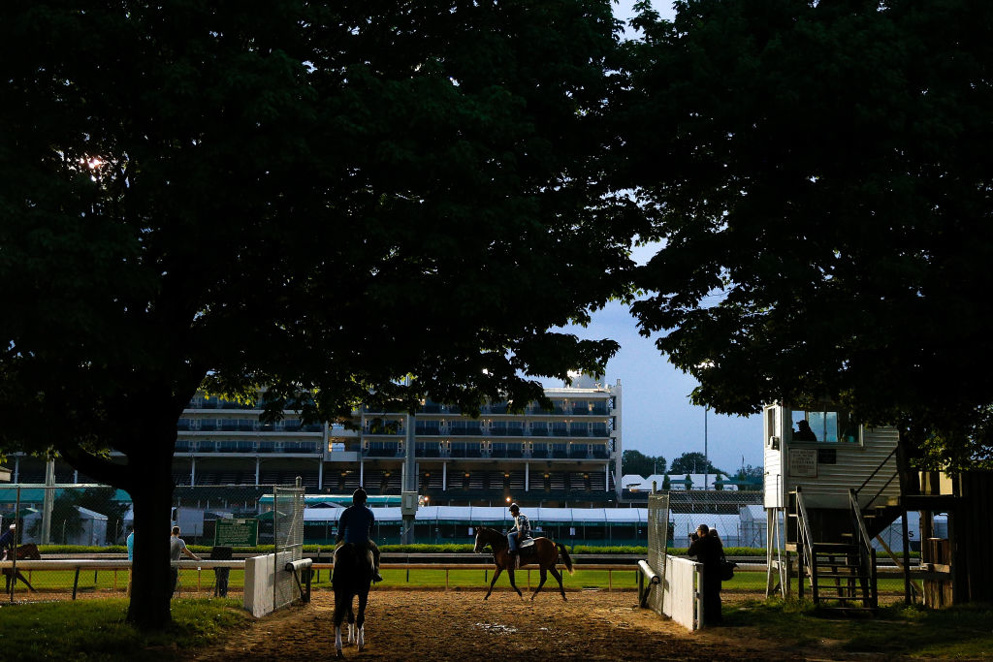 The John Battaglia Memorial Stakes this year has been upgraded to being part of the Road to the Kentucky Derby. Taking place over a mile-and-a-sixteenth, the $100,000 race for three-year-olds has attracted an interesting list of runners. This isn't the usual set of horses we've come to expect at this time of year to set foot on the Road but a victory here in the 10-4-2-1 qualifying race could give a handful of trainers and connections food for thought. Turfway Park is not a path much traveled towards the Run for the Roses but this race joins the Jeff Ruby Steaks on the calendar this year.

Breaking from the inside post will be Gretsky the Great. The son of Nyquist has already had success on turf following victory in the Grade I Summer Stakes up at Woodbine. He finished sixth in the Breeders' Cup Juvenile Dirt back in November and now returns to the synthetic surface to potentially look towards the Derby. The Marc Casse horse is undoubtedly the most well-known of the entries and was the first Graded Stakes winner for Nyquist when he took out the Soaring Free Stakes at Woodbine. Plenty of pedigree and potential.

William Morey's Pico d'Oro is another horse who will have already permeated into the general Horse Racing enthusiasts consciousness when he won the Ellis Park Juvenile back in August. He run in the Iroquois a month later only finishing sixth but has seen plenty of action early in his career having raced every month from June through to the end of 2020. He'll break from gate six.

Only one other horses entered has set foot on a track at Graded Stakes level and it did not go well. Notable Exception finished seventh and plumb last in the Grade I American Pharoah. Several horses who have some level of Kentucky Derby ambitions were in that race and Jack Sisterson's steed was completely outclassed that day. That however was in September last year and he hasn't raced since October. Clearly his connections think he has something about him to throw him into a Grade I so early in his career so maybe some value here. He is also considered probable for the Southwest Stakes so his appearance at Turfway Park on Friday night is not guaranteed.

The race is the fifth on the card and is slated to go at 8:16PM ET on Friday.

All the Entries & Post Positions are listed above and our turf-man will provide a horse-by-horse analysis early in the week with our in-house handicapper supplying his Picks and Race Preview later in the week...

NTRA Thoroughbred Poll Submissions for Week 4 as Horseracing.net's J.N. Campbell votes on the Top 3-yr-olds and…

The Great One Is Our Pick to Upset the Bafferts in the San Felipe (G2) @SA
By J.N. Campbell