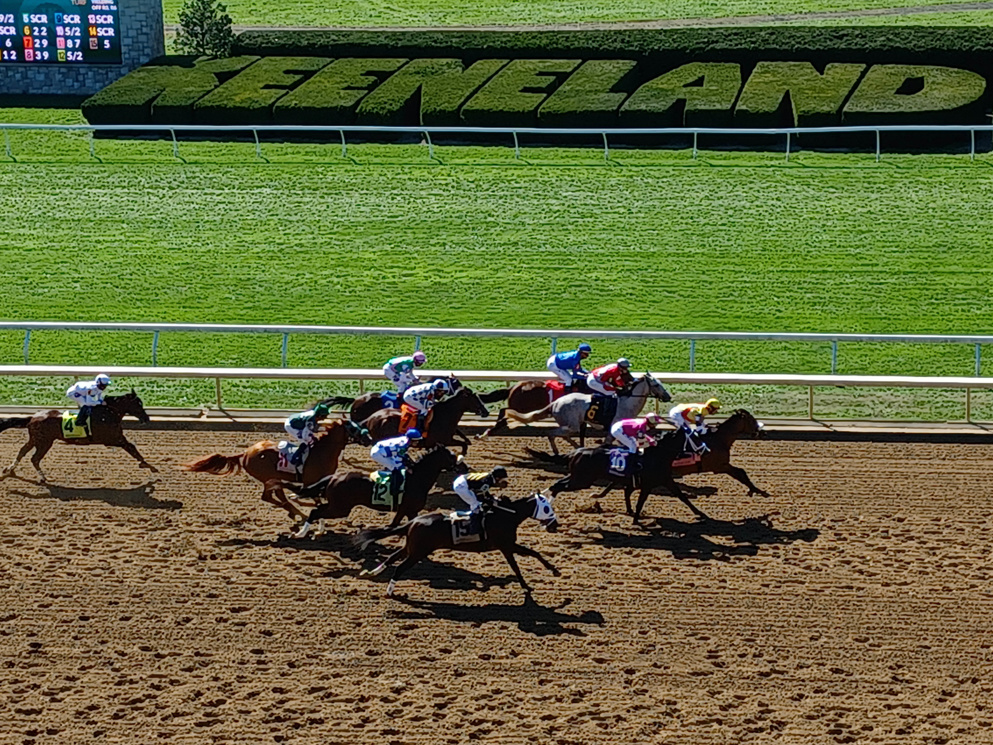 Another wonderful day at Keeneland approaches, and we have you covered with all of the day's selections!

The 3rd week at Keeneland moves into racing on this Thursday! With an 9-race card, it is sure to be a challenging one for even the most-seasoned handicappers.

It is time for another Late Pick 4 sequence, and we are after a large score this Thursday! If this one stays on the turf, we might have a chance to keep most of this 12-horse field intact. If that happens, then we could be well on our way to putting together a strong ticket. When it comes to a Top 3 in this race, I am more than just a little interested in George Weaver’s Girl Dad #1, Joe Sharp’s Fieldstone #7, and Wayne Catalano’s Hawk of War #8.

Even though Weaver’s charge has never competed at Keeneland, and has been off since late August, I would expect the gelding by Malibu Moon to run well in this spot. Earlier in the year, he was up against some tough OC Co. at Gulfstream Park, and he fared pretty well. Bred at Spendthrift, and with West Point Thoroughbreds backing him up, he could be a threat late in this turf event. Ricardo Santana is not riding as well as he did last year at Keeneland, but he can rectify that now.

As for the other 2 entries, I like Sharp’s play because though this gelding by Dialed In is not heavy with a pedigree for the grass, he at least tried the Haggin back in April. Adam Beschizza has 3 wins going for him during the Meet, and maybe this one’s ALLW Co. past will be an asset. Speaking of class, the “Catman’s” runner made the jump over the summer from the claiming ranks into this higher level. With Mitch Murrill at the controls, this son of Declaration of War (who has nice turf offspring to his credit) can get the job done … handily. I think this might be a “best bet” for me based on his latest attempts at Arlington, Ellis, and Kentucky Downs.

Out of these 7 that are entered in this 1-turn sprint, it looks like it could be an evenly matched group who will be racing out of the chute and down the backstretch on Keeneland’s MT. I could make a case for quite a few of these, and maybe that means that we should exercise the option to go with “All.” Still, I do like as my tip top selection, Brian Lynch’s Sounion #4. Here is a gelding by Liam’s Map who has been going well of late. If it continues, then he could make a significant impact in this contest. Lynch had him sprinting at Churchill last time in a ALLW127k race, and he just won by a head against Flags Up. I like a gritty score just as much as anyone, and fighting to the last can really be a great experience moving forward. Mitch Murrill’s presence is welcome once again, as he has guided this mount in both of his last attempts. Still, I am keen to go deep in this round, and do not have an issue including the rest of the field. If I can get a longer shot home, then it is all to the good …

One of the “key” races of the afternoon that will test the very marrow of our being, is this one, on the Haggin Turf Course. It is time to go sprinting, and you know what that means … anything can happen. I think I found a quality solution in this spot, though. I want to include both Wesley Ward’s Spicy Marg #8, and Steve Asmussen’s Madame Ready #9. Both have some quality experiences running short on the lawns at tracks like Saratoga, Ellis Park, and Kentucky Downs. What is for certain is that Ward’s entry will get over bet. He is just too popular, and honestly, too good at what he does. By Into Mischief, a sire that needs little in the way of an introduction, this filly is 4/6 when it comes to being “in the money.” With Tyler Gaffalione aboard for the 3rd time in-a-row, she could be sitting on a big race, even if her price is not terribly attractive. That should do it for us in this leg … a pair that will try to get home.

The MC ranks beckon, and we are going to finish with what is a humdinger of a race. With a full field of 12 going 1 mile on the MT, it doesn’t look like it is going to be an easy contest to “Single.” To complicate matters, these are unpredictable 2-yr-old fillies, which means that any one of them could end up in the Keeneland Winner’s Circle when it is all said and done.

For my money, I am pretty keen on a little longer M/L runner from the barn of Larry Jones. Swap Shop #9 has potential for several reasons, and the chief one is that she is a homebred of Brereton Jones. If you don’t know that name, you should, because he is the former governor of the state of Kentucky. Turning to breeding, instead of politics, he has continually, year after year, positioned himself as one of the leading ambassadors for the sport. Even though this entry by Creative Cause has not done a whole heck of a lot in 3 career races, that doesn’t mean she cannot take the great leap forward in here. Extending out to this distance might be just the trick, and she is going to get a wily jockey in Martin Garcia.

“Singling” Jones’ charge is not an option, even with the fine sentiments that I am feeling. I want a few backups that can pad the finale. An inviting choice that must be included is Brad Cox’s Purity #1. Always to be respected, this is a barn loaded with major talent. This filly has some upside not only because of where she has been training, but because Violence is a splendid sire. Even though she did not run too well in her debut at Indiana Grand, now that she has that one out of the way, she could very well bounce back for owner Louis Wright. Cox’s power to be “in the money” is superlative. A few others that should help us include … Matt Shirer’s Surf Spa #4, Anna Meah’s Vicarious Lady #6, and Iganacio Correas’ Paris Kentucky #11.

Each of these have more than a sliver of hope attached to them, especially if some of the top selections falter. That should make for a well-rounded LP4 ticket in the end.