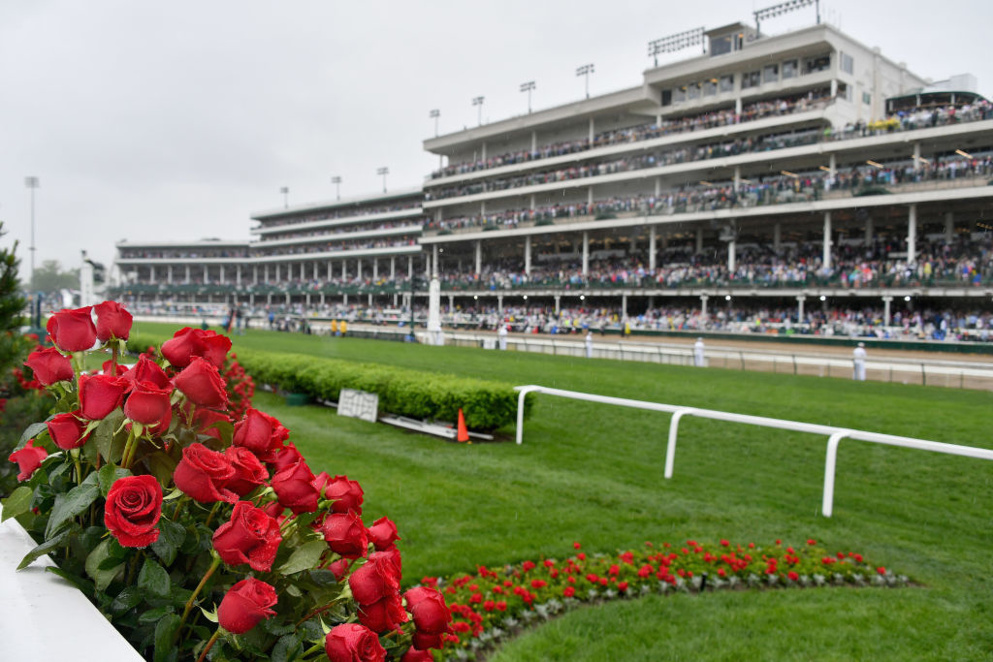 Today is Kentucky Derby Day and our team will be here throughout the day to give live updates on the action over at Churchill Downs. So settle in and keep refreshing this live blog for odds movements, thoughts from the team, results, payouts and any of our thoughts over the next six hours or so.

Remember you can bet on the races today with any of our betting partners. All of our sign-up links are on the right-hand side of the page (desktop) and underneath the copy (mobile)

The team in situ - all very much socially distanced as we are all working remotely today - are our editor (Neil), in-house handicapper (Sean), Turf-man, and recently promoted to a Full Race Writer in the National Turf Writers and Broadcasters (J.N) and our Operations Manager (Mick).

The latest comments will be at the top of the screen and we'll time stamp each update. All times will be Eastern. 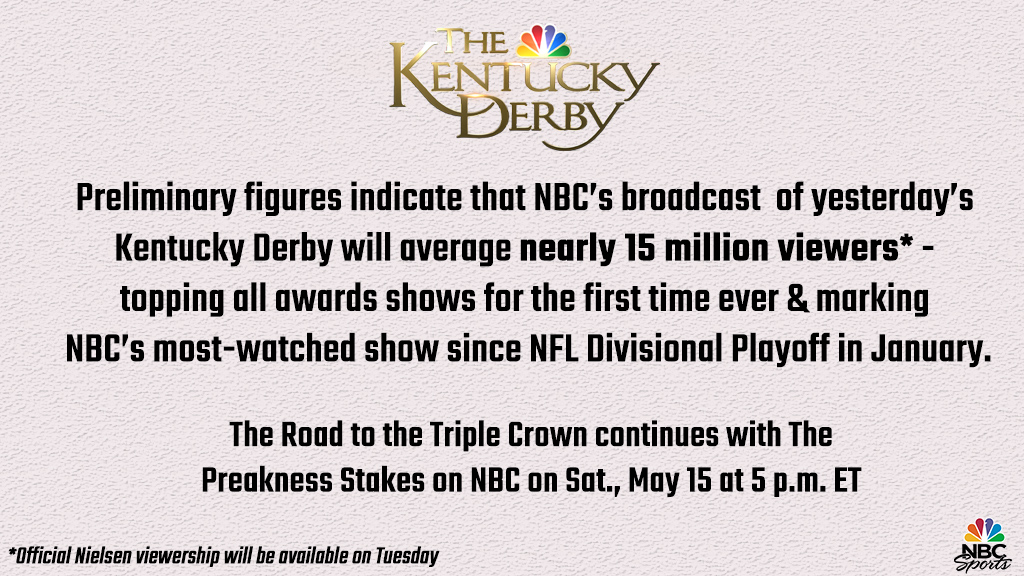 19:24PM: That is a wrap from us. Great night of racing. A dead heat. A $35k winner of the Kentucky Derby and Jackie's Warrior and Dream Shake giving us a Pat Day Mile to remember. Can't ask for too much more than that...

19:22PM: Delighted Medina Spirit won. I had her as my top contender after the Robert B. Lewis but cooled after the Santa Anita Derby. Such a game horse though who just refused to lose. Brilliant.

18:49PM: The Post Parade is ongoing as the horses are slowly making their way towards the Starting Gate...

18:27PM: NBC play a montage of members of the NBC family picking their winner. Lots of support for Hot Rod Charlie...

18:02PM: 'Watching the odds, "Mattress Mack" just put another deposit in the Bank of Churchill... still, odds at 5/2 are not terrible and to my earlier point, still is not an underlay in my opinion...' says our man J.N...

17:48PM: Jimmy Fallon's Puppy Derby declares Essential Quality as a winner. Is that an omen?

17:44PM: Now we see Tom Brady on the telecast. Wonder if he'll chat with Aaron Rodgers whilst at the Races about switching teams late in a Quarterbacks career? If Peyton Manning there too...?

17:42PM: Colonel Liam and Domestic Spending both get awarded the win in the Old Forester Bourbon Turf Classic.

17:36PM: After several minutes of waiting. We have a Dead Heat!

17:20PM: Eddie Olczyk on the NBC broadcast is with our Sean in liking the value offered by Ride a Comet.

17:15PM: Ivar and Ride a Comet are also part of our selections for the next one.

17:10PM: Excellent rendition of the national anthem there by Tori Kelly as we get ever closer to the Kentucky Derby. Just one undercard race left to go.

17:06PM: Colonel Liam is up next in the Turf Classic. J.N. is extremely high on him and his chances...

16:21PM: Next up the Churchill Downs Stakes. Tap It to Win is the selection of J.N and myself with Sean endorsing...Endorsed.

16:04PM: The voice of Mike Tirico makes you feel like it is a big event. Just under three hours until the Big One...

15:55PM: A Baffert horse getting it done on the turf. Not sure many saw that coming although Sean didn't pick him - he did like him, 'It’s not often you’ll see me tout a Bob Baffert runner on turf as they almost universally underperform, but Du Jour has run well in all three of his turf starts and is simply a good fit in this race.' he wrote pre-race.

15:39PM: For the record I too am on Winfromwithin with Sean also looking for a good price with Excellent Timing.

15:35PM: J.N. really likes Winfromwithin in the American Turf coming up, 'One of my best picks is the #2... American Turf... I think he comes out of a race at Tampa, the Columbia 75k, that has a history of producing solid turf form... You get L. Saez, and Pletcher's grass training is at a high I have not witnessed in some time...'

15:31PM: In non-racing news, I just went to the fridge to get a Can of Soda. Only to bring it back to find a nearly full one sitting on my desk. It has been a busy afternoon but plenty of action still to come!

15:12PM: Every time I watch that Pat Day Mile I come away even more impressed with both Jackie's Warrior and Dream Shake.

15:01PM: Some technical issues here but whilst I was trying to fix a laptop - the race of the weekend so far went down as Jackie's Warrior does indeed hold off Dream hake it a titanic battle down the stretch.

14:25PM: Pat Day Mile next. Can Jackie's Warrior return to her two-year-old form around one turn? Sean and myself say yes, J.N. likes the long shot Joe Frazier.

14:11PM: Our man J.N. on why you should bet on Essential Quality, 'This might look like a good wager on the presumptive favorite, but do not think of it from the perspective of odds . . . think about from the angle of the pools. They are going to be brimming. Accepting 4/5 seems passé, but on Derby Day, they are full as ticks. What if you could get $5.00 for a $2.00 win bet? You would not take it? Seems like changing one's perspective might assist. You cannot get those returns at a bank... California Chrome... anybody remember his odds? 2/1... paid? $7.00. I will take that all day long...'

14;07PM: 'Gamine may have won but she's going to be very vulnerable going forward. Had everything her own way on the front end. I don't think she's the same filly this year' says our in-house handicapper.

14:06PM: Gamine...wins but does not impress in the Derby City Distaff.

13:48PM: Derby City Distaff coming up. Our editor loves Gamine but she's a stupid short price. J.N. has Sconsin and Sean Bell's the One as they look to grab some value.

13:43PM: NBC team now talking about Rock Your World and how he needs to get to the front early. His win at the Grade I Santa Anita Derby was the most impressive run among runners who have made it here to Churchill Downs (Life is Good was even better in the San Felipe) on the Road to the Kentucky Derby but question marks remain. Soup and Sandwich is brought up as a runner who can challenge early. I like this. He's my long shot to hit the board.

13:31PM: On the NBCSports broadcast trainer of Blowout was asked about his horse in the Derby later - Highly Motivated. He knows stamina is a question and doesn't want to see him wide in both turns. An outside post might forced him wide early. Potential concern if you've backed him...like I have...

13:20PM: Our in-house handicapper and turf-man know their stuff. Blowout takes a big lead early and holds on from New York Girl and Zofelle to take out the Distaff Turf Mile.

13:04PM: The First Stakes Race of the day is the Distaff Turf Mile. Both J.N. and Sean like Blowout to take the victory with Neil on Zofelle.

In his preview Sean wrote the following:

To me, the Chad Brown-trained Blowout (#6) is a far likelier winner as this 5-year-old mare still appears to be on the upswing of her career. It took Blowout quite a while to ascend to these lofty heights, but she really moved forward in 2020, a year that culminated in a near miss in the G1 Matriarch at Del Mar in her 4-year-old finale. That race, in which she finished second between her stablemate Viadera and G1 winner Juliet Foxtrot after pressing an honest pace, is simply better than what Got Stormy has been doing lately, and you have to think that Brown is going to have her primed to run a similar effort off the bench. If she does run back to that career-best performance I think she makes a lot of sense around her morning-line odds of 7-2.

His-back up choice is Zofelle who our editor has as his top choice. We'll see who (if any of us start well as the big races kick into gear at Churchill Downs.

With ten minutes to Post Time - Blowout and Get Stormy are joint favorites at 2-1 with Zofelle a 3-1 shot.