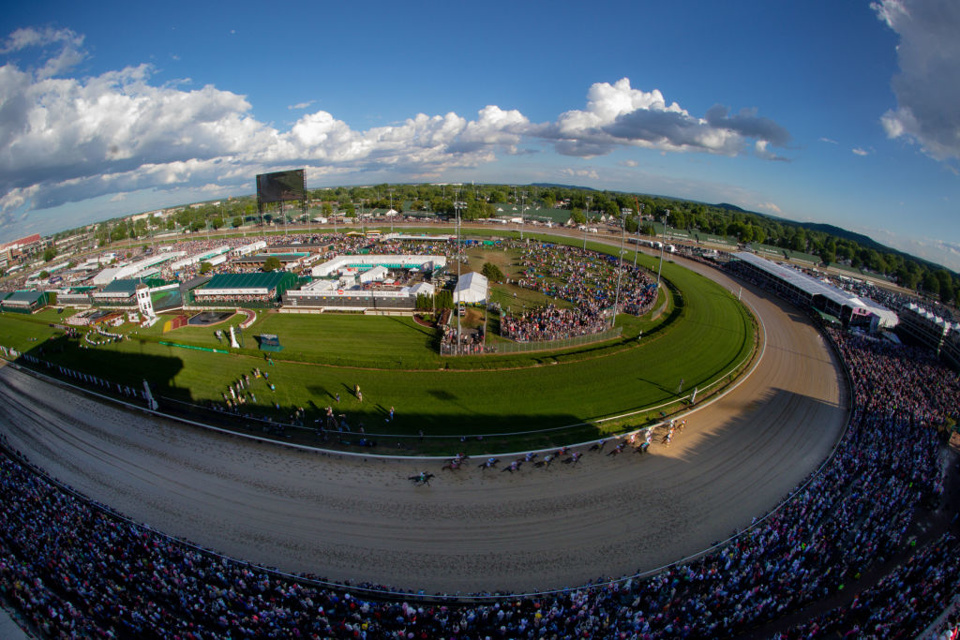 HOF trainer has what could be described as the “real deal” with Epicenter … a Kentucky Derby hopeful. He passed the eye test in the Louisiana Derby … see how in this race review!

The Grade 2 Louisiana Derby was always going to be a 2-horse race between Brad Cox’s lightly-raced upstart, Zozos #2, and Steve Asmussen’s Risen Star (G2) champ, Epicenter #6. At “stake” were a bevy of KYD148 “Points” to the tune of 100-40-20-10 (awarded 1st thru 4th) … not too shabby, to say the least. The match-up once again pitted the 2 conditioners against one another in what promised to be an intriguing contest. It would also be yet another sparring bout between jockeys Florent Geroux, and Joel Rosario.

The last time Geroux rode Cox’s colt, he won impressively at Oaklawn by 10-lengths. The only sizable questions would be the class hike, and whether the seasoned Geroux, would try to take the lead from the outset. Rosario’s task was to simply seize the lead, and go gate-to-wire like he did in the Risen Star, or to track the leader with dogged resolve … making a big run at the end. Asmussen’s Winchell-owned colt by Not This Time had not done that successfully in the Grade 3 Lecomte, so that could have planted the seed of doubt in many a bettor.

At the outset, with just a a glance at the tote board, it was clear that Asmussen had the prohibitive favorite at 3/5. Cox’s son of Munnings was 7/2 for most of his time in the saddling ring, and during the post parade, but he took some late money and by the time the race went off, was 5/2. The break saw Geroux seize the front end, as he shot like a dart out of the gate. It was a solo effort, with no other runner challenging him early, and for that matter, until the top of the lane. Other colts tried to mount a challenge, but it was to no avail.

Then Joel Rosario, who had been rating 3-4 off Geroux, gave his ride the cue. As Geroux tried to ask for more once the top of the lane arrived, his rival just kept coming. Gobbling up ground impressively, his late gears were on full display. In the end, it was apparent who the clear winner was by more than 2+ lengths, as Asmussen and Winchell were victorious. Cox’s entry, who gave a valiant effort, was 2nd … followed by Todd Pletcher’s Pioneer of Medina #7, and Kenny McPeek’s Rattle N Roll #9.

Not that Rosario’s go-to 3-yr-old needed the Derby “Points,” but the colt’s total now comes to a leading, 164. Clearly, Steve Asmussen has what for now, looks like the favorite going into Churchill. However, as most seasoned pros know, the Road to the Kentucky Derby is not over yet … not by a long shot.