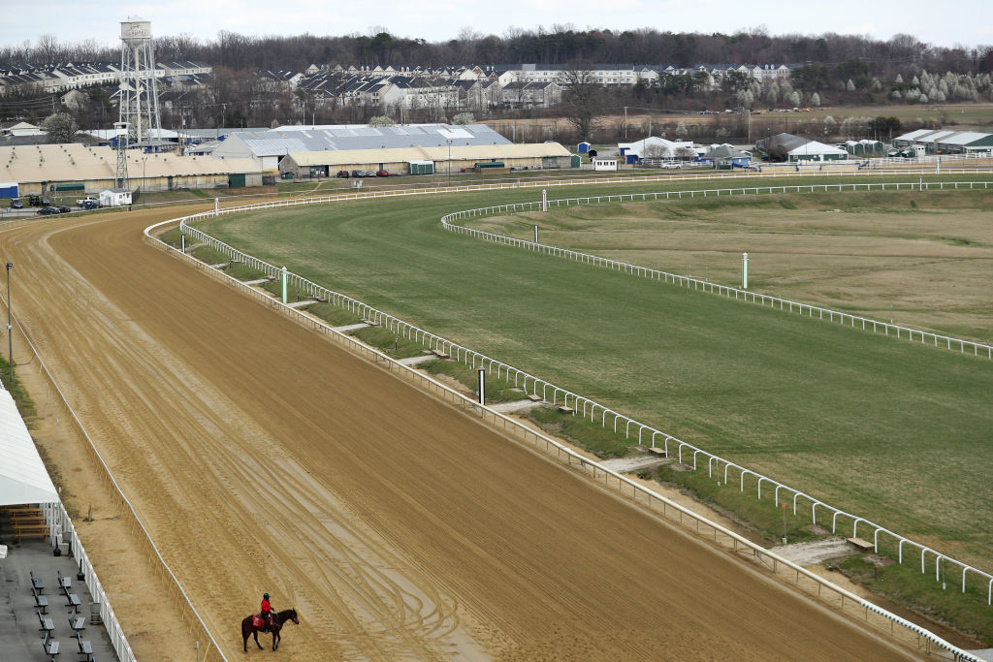 The Laurel Park Saturday card has a number of turf racing options, which could offer some major value. Check out these selections from our turf-man below ...

We cover Laurel Park this Saturday, and they are sure to have some nice prices in what amounts to a solid 10-race card that is full of "Non-G" contests on the turf.

Check out these selections and some targeted analysis from J.N. Campbell. If you're looking for picks elsewhere around the country this Saturday be sure to check out our free Horse Racing Picks via the gold button below.

When it comes to the power of Klaravich on the turf, no ownership group appears as hegemonic. They continue to invest in runners that can bring them riches. This filly out of Siempre Mia is bred to run on grass, and her sire is solid as well—More Than Ready. In a couple of tries on the turf at Saratoga she broke her maiden the second time around. Winning by 4+ lengths at a short price was impressive against a field of MSW100k runners. Now, she should be able to make the jump up in class against this group. Jockey Victor Carrasco is not the greatest turf rider on the Maryland Circuit, but maybe he doesn’t have to be. His task is to get Chad Brown’s entry into position when the top of the lane arrives. He does that … and she will handle the rest.

In a “dash” like this one, anything is possible when it comes to an open field. I want to take a shot with one that has a natural sprinting ability, and a turf pedigree to boot. The “X Man,” Xavier Perez is aboard this gelding from the barn of Rodney Jenkins. He has ability, and some form if you do a little digging. He tried the turf for the 1st time last out at Laurel, and most will conclude that it did not go well—5th, 5 back. That was a “good work,” in my estimation, and he followed it up with an actual workout that was .35 going 3F. On any stretch, that is considered fast, and I like the price here at 30/1. Don’t forget, this runner won the Ben’s Cat 75k back at Pimlico in mid-June. Though it was an off-track day, a win, is a win. Maybe he can do it again …

Going from a sprint to a deep route on the turf is going to stretch our imaginations. This format is all about “settling,” and those that can, should have enough in the tank to outlast them all. The top spot on the tote in the Japan Turf Cup will probably go to Mike Maker’s Tide of the Sea #1 at 6/5 on the M/L. The horse by English Channel did not do much running in the end at Kentucky Downs in the Turf Cup (G2). There he was outclassed by BC entry, Imperador, who showed us all just how good he is.

I am big fan of Three Diamonds, but maybe looking to a local runner with more Mid-Atlantic experience is the way to go? In that vein, I particularly like the look of Greg Sacco’s Oceans Map #5. Here is a gelding by Liam’s Map that won a “Non-G” 75k event at Delaware last time at this precise distance. If he can come to Laurel and replicate that effort, then he might have a chance. Mychel Sanchez is a solid rider on this circuit, and maybe he can get the job done …

One other that is intriguing is Feargal Lynch’s mount … the 6-yr-old gelding, Hierarchy #2. Like Maker’s entry, he missed last time out at Kentucky Downs in the TVG 400k, so stretching out to this distance from 1 Mile 70 yds might be a … yep … a stretch … how redundant. Joe Sharp though is a great judge of talent, and I would not count this barn out, ever. The choice of “Blinkers Off,” is always interpreted as a sign of confidence.

Enjoy some racing from the Stronach’s Laurel Park! Best of luck on what amounts to a heavy day on the turf!