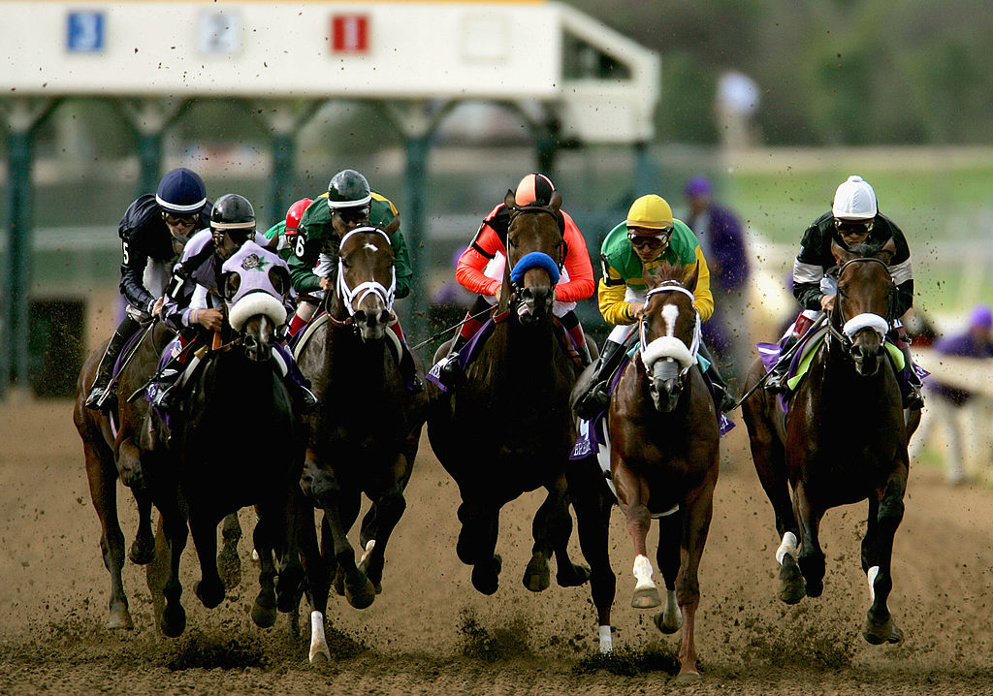 Lone Star Park hosts its "Million Day" on Memorial Day ... it should be a great day for wagering and watching! Our turfman has you covered with free picks, and some targeted analysis. The Grade 3 Steve Sexton Mile anchors the card ...

Lone Star Park hosts its biggest day of the Thoroughbred Meet on Monday ... it's not called Lone Star Million Day for nothing! Anchored by the Steve Sexton Mile, a Grade 3 event on the dirt, the 12-race card has major options when it comes to wagering. You will not want to miss this!

SoCal-based conditioner John Sadler is shipping east a few runners that will be braving the hot “hair dryer” of North Texas. Make no mistake, they will be ready to run. Here is a filly that is well-bred by Quality Road. The folks at Hronis Racing invested in her, and she has a strong record on the “Left Coast.” Only 1 of her 10 races though was on the turf, but it was a win against a group of OC80kn2k. If Victor Espinoza can get her clear of the gate, and wrestle for one of those “easy leads,” then this race could well be over. Cutting back to this 1-mile distance should not be an issue.

The $300k Texas Derby is an example of the expansion of the purse structure in the Lone Star State. This year’s edition brings together a strong group of colts, and I am looking forward to betting John Sadler’s son of Arrogate. This 3-yr-old broke his maiden last time out at Santa Anita against maiden 67k Co., and that number he posted was a career best. Victor Espinoza got the call that afternoon, and made the most of it. Partially-owned by West Point Thoroughbreds, the colt was $750k at the OBS Sale in 2021. The offspring of Arrogate (who passed last year) are running off-the-charts … much promise for this one, who is another one emanating from the Sadler Barn!

The good folks in the Lone Star Racing Office were able to bring together a strong group of competitors for this edition of the Steve Sexton Mile. John Sadler’s Elector #5 will be a scratch, after his trainer decided to keep him home for the G2 Triple Bend S. When it comes to a race time favorite, I am sure that Sean McCarthy’s new charge, Shaaz #8, is going to get quite a bit of attention on the tote, and rightly so … This colt by Uncle Mo is lightly-raced, having only made 3 career starts. Those all came under Bob Baffert’s tutelage … hence, why he is highly-regarded. McCarthy did not compete all that well, over the course of Preakness Week, so I am hesitant to back this runner. I know Florent Geroux can handle any situation, and he is aboard one of those classic Baffert-style frontend burners. Looking for better value, I am going in another direction. I know this sounds a bit off … but … what … about … Sonny Leon’s mount? Yep, the Kentucky Derby-winning jockey is aboard OJ Jauregei’s colt by Anchor Down. Tesoro #2 was bred by Gainesway, and rolls into DFW with some sharp looking works to his credit. Most of his races have come on the Tapeta at Golden Gate Fields, but his form against OC62.5kn2x Co. is wholly sound. He is getting a creative rider, to say the least. I know he is going to take money, just because of Leon, but regardless of who is piloting him, this 4-yr-old looks promising. Using him in a variety of horizontal bets could be quite sensible. Others worth a look include Rated R Superstar #1 (ridden by Rey Gutierrez), Saffie Joseph’s Mish #6, and Steve Asmussen’s Silver Prospector #10. Here is the bet, and what a way to end the Memorial Day Weekend! Much respect and remembrance to our veterans!

Enjoy the racing from Deep in the Heart of Texas! Best of luck on another run at their Spring/Summer Meet at Lone Star Park!