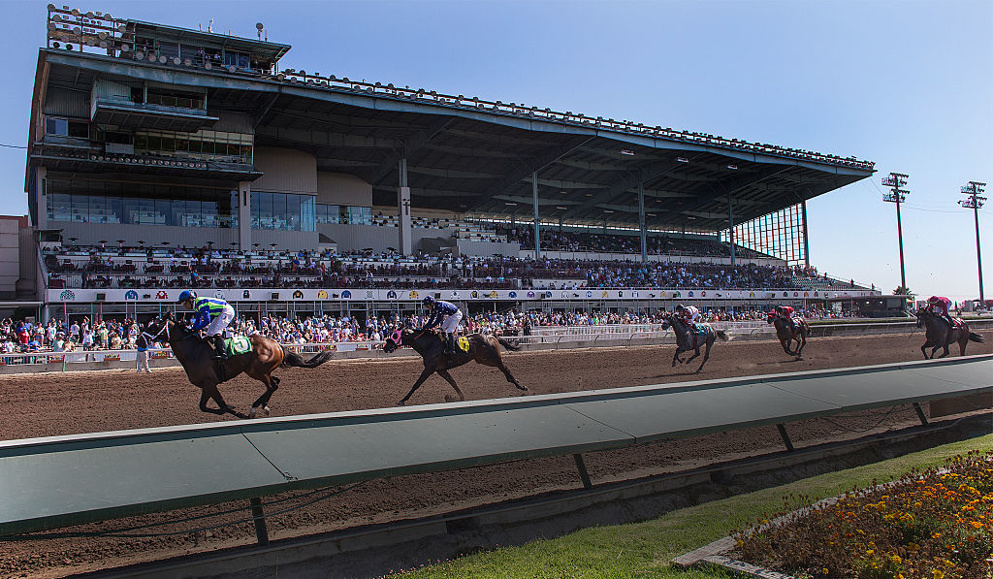 Los Alamitos is hosting their Futurity this Saturday ... The Grade 2 race offers the winner 10 points towards KYD148! The Post Position Draw is complete ...

Even though the Los Alamitos Futurity lost its Grade I status back in 2019, it still has major importance when it comes to the Kentucky Derby Trail. The $300,000 race hands out KYD148 Points to the tune of 10-4-2-1 ... for those that end up 1st through 4th. There is a rich history here that dates back to the days when racing and fairs went hand-in-hand.

Going 1 1/16th on the dirt, this year's edition drew a handful of entries, and once again, trainer Bob Baffert holds a pair of likely favorites when the M/L odds are released. Even though he cannot take part at this stage when it comes tp garnering Derby Points, he is still after that substantial purse money. Facing a two-year ban by Churchill Downs, and the pending decision by the Kentucky Horseracing Commission concerning Medina Spirit (now deceased), the developing situation has brought increased scrutiny to the HOF conditioner.

Baffert responds by sending the accomplished Messier (sire Empire Maker), who will break from the 3 post, and Barossa (sire Into Mischief), right next door in the 4 hole, to the gate as part of an uncoupled entry. Both are owned by the excellent group of SF Racing, Starlight Racing, and Madaket LLC., and they will be ridden by Flavien Prat (Messier) and Juan Hernandez (Barossa), two of the leading jockeys in SoCal.

Rounding out the field is Luis Mendez's Olympic Legend #1 (sire Street Boss; jockey Jose Valdivia), and it appears that Doug O'Neill has his own pair ready to go, in an effort to check Baffert, with Durante #2 (sire Distorted Humor) and Slow Down Andy #5 (sire Nyquist). The O'Neill uncoupled colts will be piloted by Umberto Rispoli and Mario Gutierrez, respectively. They will all try and stand in the way of Baffert, who is looking to win 13th Futurity, which stretches back even to the days when the race was held at the famed Hollywood Park (Los Al took over this race in 2014).

That is the rundown of the Post Positions for the 2021 Los Alamitos Futurity (G2) ... Stay tuned for my preview of the race, including "grades" for each of the runners. Editor Neil will be along Saturday with his picks for the big race, and the rest of the "Los Al" card ...