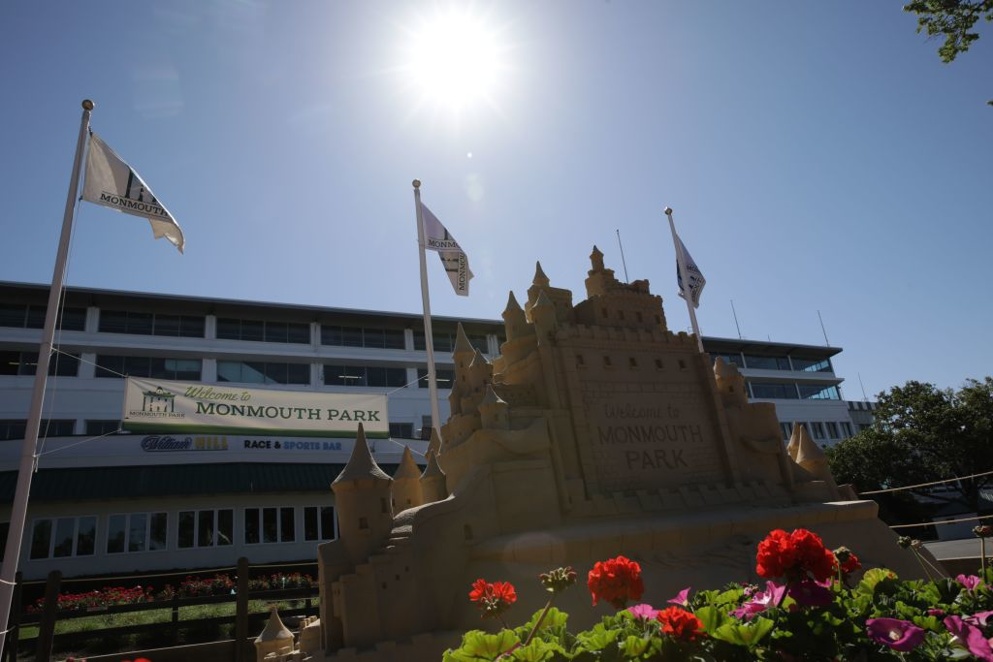 Monmouth Park will once again host the Grade I Haskell Invitational Stakes. The card boasts a strong group of races ... see what our turf-man thinks of it all.

Once again, Monmouth Park will host one of the most celebrated events on the Thoroughbred North American calendar, the Grade I Haskell Invitational Stakes.

HorseRacing.net/us will be with you every step of the way, as we offer a full slate of selections for the Monmouth card, and put forth some specific analysis on a select set of races. After the "Featured" race, we will also have an in-depth view of the results and post-race reactions. After all, there are Breeders' Cup Classic implications on the line, as an all-expense-paid trip to Del Mar in November is up for grabs. Who will win? Stay tuned ...

This turf event has the makings for a showdown between Todd Pletcher, Brad Cox, and 4 runners from the barn of Chad Brown. There are only 7 drawn in here, so the odds appear to be in the New York-based trainer’s corner. His charges include Great Island #2, Counterparty Risk #3, Nay Lady Nay #6, and Kalifornia Queen #7. In the opinion of this ‘capper, none of them look particularly inviting. It looks as though the conditioner is flooding the gates, in hopes that one will stick his head forward first. If I was forced to choose 1 of them, my vote would go to the #7, since the filly is out of Lope De Vega (IRE) and gets Flavien Prat aboard. After a short break in May, Brown brought this one back for a tune-up in an OC80k, and she won with a commanding late turn-of-foot. If she can build on that, it could be a rout.

Standing in Brown’s way is once again a turf route specialist from the barn of Brad Cox. These 2 trainers continue to see each other down the lane in grass bouts, and Juliet Foxtrot #5 is a powerful adversary. Cox watched as she missed last time out at Churchill Downs in a G3. Not making the lead was evidently a death knell for success. Thus, the pace scenario did not play into her hooves. Tyler Gaffalione is going to have to get a solid break aboard the Juddmonte homebred, and that might bode well when it comes to her chances. This mare still has what it takes to bring the heat up front.

As for Pletcher’s entry, this 5-yr-old mare out of Awesome Again, Always Shopping #1, appears poised for a comeback race. Repole Stable and this soon-to-be HOF conditioner, team-up quite a bit, and they are looking to get this one to the winner’s circle after a disappointing 7th in the Just A Game S. (G1). She will enjoy the added distance, the jock change to Florent Geroux. She is a bet as far as I am concerned, denying Brown the glory.

Older males will contest this route on the MT, and it should be a slugfest. NY Traffic #4 will be the likely favorite, but it should be mentioned upfront that he did fail to slam the door in the Salvator Mile (G3) last time at Monmouth. Perhaps going longer is what he would rather do, and trainer Saffie Joseph probably has that fixed in this horse’s program. The rider switch to Tyler Gaffalione might assist, but I am not at all interested in backing him here. Looking for a price that makes sense will be the order of the day. The same could be said for the “second choice,” Dr Post #5 from Elias Stable. Todd Pletcher sent him into the Met Mile (G1), and it was going to be difficult company having to face Silver State and By My Standards. The result was an off-the-board finish. I know he can get this distance here, and the class is perfect, but 5/2 … no thank you.

For my money, I want to take a long look at Greg Sacco’s Bal Harbour #1. This gelding might not tickle your fancy, but he has some major upside with some hidden class that looks inviting. Don't be so myopic ... Though he wasn’t a factor last time in the Salvator Mile (G3), he was coming off-the-bench, and had little chance to do much running. After some keen works, I think Sacco has him going in the proper direction. The best news of all … Flavien Prat gets aboard, and right now, he is as hot as ever when it comes to handling dirt routes. I like the price of 10/1 (may well be higher come race time), so it looks like a nice bet!

Named for one of the heroines of the American Revolution, this Grade III race will test older females as they contest the 1 1/16th distance. Last time, in the Fleur de Lis Stakes (G2) at Churchill Downs, Brad Cox’s Vault #3 was easily outmatched by the power of Letruska. Finishing 6th, the mare just could not capitalize on her previous win in the Ruffian (G2) at Belmont. The daughter of Jump Start is looking to get back on track with Tyler Gaffalione riding.

I like her, but would much rather back Shug McGaughey’s entry … the sneaky Mrs. Danvers #2. This filly out of Tapit has all the skills to win this Grade III. Even though she missed in the DuPont (G3) back at Pimlico, she still has much to like. Towards the end of last year, she really hit her stride with a couple of wins at Belmont and Aqueduct. If she can return to that kind of running under Paco Lopez, I think she deserves to hover around odds of 3/1.

One other that merits consideration is the 4-yr-old out of Rudy Rodriguez’s midst called Water White #7. I’ve liked this one since last year, and though she was out of her league in the Phipps (G1) last time, she is talented enough to make an impact here. I would not underestimate her ability, and maybe that 5/1 M/L will drift up a bit---helping our cause.

The ultimate distance turf “feature” of the Monmouth Meet continues to be this race—the U.N. Once again, it brings together a nice group of routers who are hankering to notch a Grade I win. Almost all of these runners in here will be looking to combat the heavy favoritism ascribed to the Chad Brown’s Tribhuvan #10 and Brad Cox’s Arklow #1. Each runner has major upside, and their turf experience is utterly impressive.

The former nearly stole the Manhattan (G1) at Belmont from Brown’s ace, Domestic Spending. Flavien Prat will have the chance to see what it is like to ride this son of Toronado (IRE), and he could be earning a win for Madaket et.al. As for Cox’s venerable 7-yr-old, he comes in off a win in the Louisville (G3) at Churchill. I am not sure that race was as tough as this one will be, but this horse’s professionalism continues to shine through. He is such a prize, and Cox has watched this one of his old school charges earn over $2.7M. That is a tidy sum …

As for my pick, I am shying away from these 2 short-priced runners because I know for a fact that they are going to be over bet. Instead, I want to back Mike Maker’s entry, Glynn County #9. At 20/1, this colt is a class climber looking to capitalize on a win last time out at Churchill Downs in an OC62.5 affair at 1½. On the cutback, this son of Kitten’s Joy could be sneaky from the back of the pack, and I am looking for Tyler Gaffalione to work out a brilliant trip. Three Diamonds Farm has some superb stock, and this one is ready for his Grade III close-up.

This Super Saturday in Thoroughbred racing would not be complete without a “heavyweight bout” … and we have got one in the 54th running of the Haskell Stakes. This race is going to come down to 3 entries … Brad Cox’s Mandaloun #3, Doug O’Neill’s Hot Rod Charlie #4, and Steve Asmussen’s Midnight Bourbon #6. A rematch from the Louisiana Derby, which “Hot Rod” won on the frontend, it should make for a fabulous contest going 1 1/8th on the MT. One question I have tried to answer is … who is most fit to make the trip to The Shore and win?

My sense is that Cox has the inside track among bettors, since his runner ships well, and he made the decision to enter the Juddmonte homebred in the local prep—Pegasus150k. The Into Mischief son won only by a neck, but it still did not seem surprising. Florent Geroux gets the call, as he is the only jock to ever ride this talented 3-yr-old. In the Kentucky Derby, he bested O’Neill’s entry, finishing 2nd behind Medina Spirit (for now …). As for Hot Rod Charlie #4, a colt out of Oxbow, I have to wonder if he is ready to take to the Monmouth track? He doesn’t have the benefit of a prep, and though he did well in the Belmont Stakes (G1), ending up second to Essential Quality, I am not so sure he is going to be sharp.

As for Asmussen’s entry, Midnight Bourbon #6, he was continually overlooked throughout the Triple Crown Season … he could be the one to upset the others. The more I think on it, I am impressed with this high-priced colt out of Tiznow. I especially like the choice of Paco Lopez to ride. He can make a major difference when it comes to getting this one home. Winchell sure puts together a great team trackside, and maybe this is the opportunity for Asmussen’s runner to punch his ticket to Del Mar. A trip to the BC Classic is on the line!

Enjoy some action by The Shore! The tradition of Haskell Day at Monmouth Park continues …