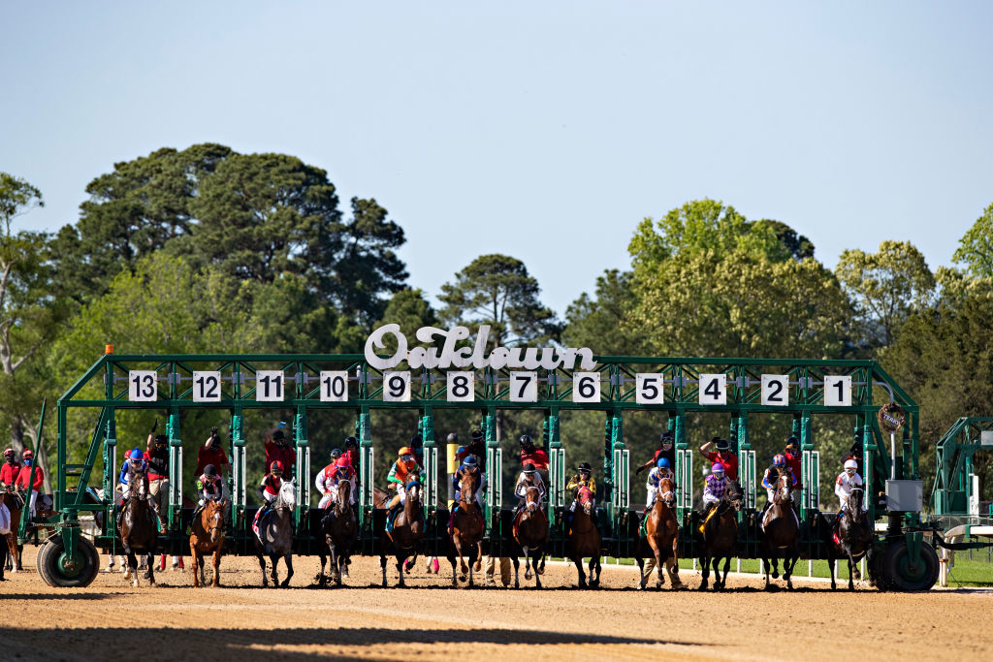 It's time for another week of wonderful racing at Oaklawn Park! We have you covered with analysis and all of our full free selections!

Celebrated Oaklawn Park reminds me of a college town ... a college town of horse racing. Everything in Hot Springs is geared towards the Meet, and everyone in-town knows it. Now, we return to 3 days of glorious racing. It should be an absolute blast!

There are all kinds of trainers out there in the world. Some stay firmly planted on the ground, while others are absolutely content to be in the saddle. Larry Jones is a horseman, through and through … He had a bad head injury from falling off a horse while his runners were working out. Resolute, he recovered and continues to have a small, but effective stable. I like this entry because this Curlin filly has already made it to the track, and gotten her debut out of the way. That was a 3rd place finish in a MSW contest at Churchill Downs back in mid-November. The excellent Siena and Foxhill folks own this one, and she is incredibly fit. Jockey Ricardo Santana gets the call, and he is going to be up against a tough field of 11 others … he is up for it!

It might seem a bit of a “cheat” picking this Jason Barkley runner as the “off-the-pace play of the day,” but there is purpose in this pitch. Here is an Arkansas bred MSW race that is wide-open as far as I am concerned. What I am hoping is that bettors will see her lack of experience, and simply write her off. That would be a gift. A survey of this one’s works looks to be the establishment of some really nice levels of fitness for such a young runner as this one. Some horses just take to the track, and this one could be one of those with Francisco Arrieta in the irons. Let’s hope the daughter of Street Strategy is ready to fire for a really solid barn.

One of the highlight races on this Friday card at Oaklawn is this race … an AOC80k. All eyes will be on Nashville #1 for HOF trainer Steve Asmussen. We have not seen this colt by Speightstown since last December in the Malibu (G1) at Santa Anita. He was a really short price that day, but did not live up to it, as Baffert’s Charlatan won the day. Now, the central question is can he come back off such a long break, and be sharp on a track that he has never competed on? I am against him, and frankly want to try and beat him. In the name of irony, I will be loading up on Hollis #7 from the barn of John Ortiz. He is a conditioner that is red-hot out of the gate @OP. While his charge has not fared well in several key races, I think that there are some excuses to be made. Either he didn’t have his best fastball, or the conditions were just not to his liking. Clearly, the last time he came to Hot Springs (in an OC80k), he was on his game, winning by a head. Here is where the irony comes in … the jockey that takes this mount for the 1st time is none other than Ricardo Santana. That is significant because he was Nashville’s #1 regular rider, and for a longtime paired with Asmussen. Their falling out was heard across simulcast centers, as horseplayers debated the ramifications. It would be pretty sweet if Santana could get one over on his old boss (he has ridden a few Asmussen mounts, but primarily is off most of them). I want to take that kind of action, and play an ice-cold Exacta. Let’s roll … Hollis #7 wins for Ortiz with Santana aboard …