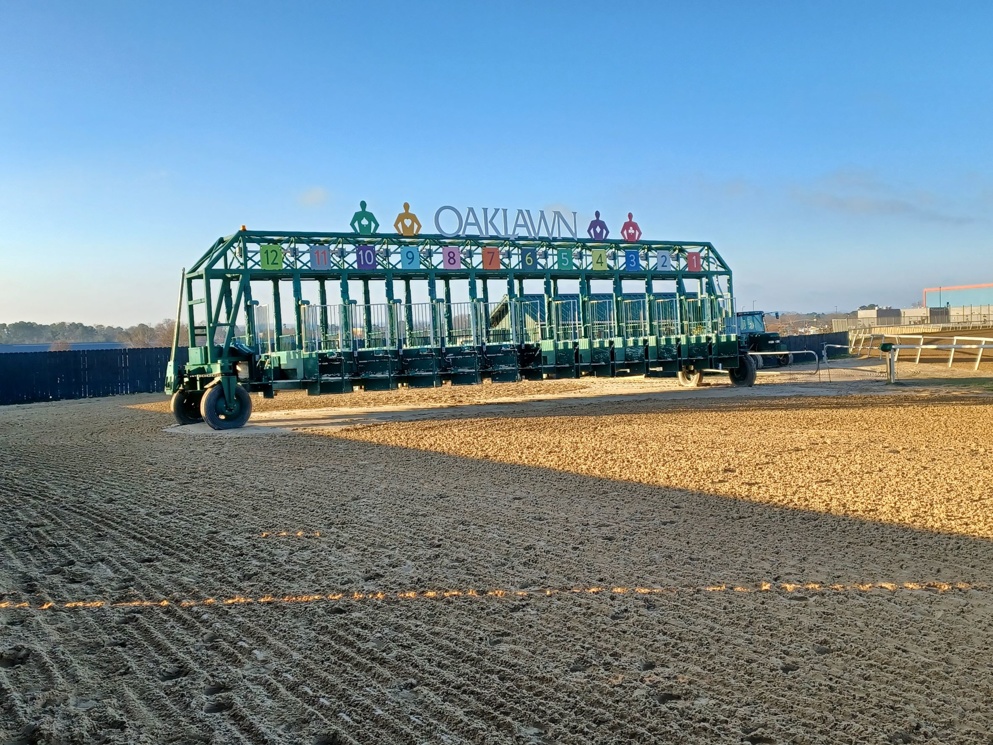 Oaklawn Park is back in action on Saturday! Check out these selections and analysis for their 9-race card below ...

Celebrated Oaklawn Park is like a college town ... a college town of horse racing, that is ... Hot Springs is celebrating some glorious racing. With a cancelled card due to the extreme cold on Friday, they are back in action on Saturday! Bring a coat ...

Trainer Brad Cox seems poised to collect another Eclipse Award, and his work at Oaklawn continues apace. He is shuttling between his winter base at the Fair Grounds, and coming up to Hot Springs when the racing heats up. With the Lecomte S. Day in New Orleans, he will probably be down south. But his able-bodied assistant, Jorge will have things well-in-hand. Last year’s Smarty Jones 150k winner is back, and the Shortlead homebred was DQ-ed in his return to racing back in December. I did not think he was going to be so strong on the comeback trail, but this is Cox we are talking about. That race was unusual because this colt looked very green throughout. He was weaving all over the track, but there is no question that his late kick was powerful. Even though Florent Geroux is out-of-town because he will be riding Mandaloun (among others) @FG, Fran Arrieta gets the call—solid jock. The son of Hard Spun should get to visit the winner’s circle, if all goes to plan.

Last week, trainer Ingrid Mason brought a runner from Hawthorne to Hot Springs, and she almost pulled off a major upset. If it had not been for a 1st time starter, her filly would have won the day last weekend. She gets another chance with this daughter of Tonalist. With a couple of attempts over the OP course, she has been up against some stiff company. Breaking her maiden in her 3rd career race at Hawthorne was in a MSW22k event. So, think about it … jumping into an OC80k was quite a leap. I think this filly is starting to find her feet, and the energy she exhibited in the latter half of that OC50k last out was positive. If she can extend herself, and get this distance, then it could be a score for Ms. Mason.

After a day off on Friday due to the cold, it is good to be back at the track racing. The “feature” on this Saturday is a challenging race for older females. There are 9 drawn in here, but I have a suspicion that Ron Moquett will scratch Sarah Harper #6. If that happens, we still should have a good group. Like a number of bettors, I am pretty interested to see Tom Amoss’ Li’l Tootsie #1 and Steve Asmussen’s Abrogate #5 go at it once again. They were up against one another last time out at Oaklawn in a high-level ALLW Co. contest, and the former won the day. Prominent Arkansas racing magnate Alex Lieblong owns the Asmussen runner by Outwork, and I am sure he would like to visit the winner’s circle. I want to use both of these entries, but neither of them will be at the top of my ticket. They are good … great in fact, but I am much more interested in Asmussen’s other half of the uncoupled entry. Joy’s Rocket #2 is one that has visited Hot Springs before, and even though she had no answer last out against Wildwood’s Beauty #8, Perfect Happiness #4, and Candura #7, that doesn’t mean she is without ability. Her class is strong, her price will hover around 5/1, and I think she could be sitting on a big comeback race. She surprised folks in the Raven Run (G2) back at Keeneland in October, and she could be more than game. I like the riding ability of Tiago Pereira, who is being handled now by HOF jockey Gary Stevens. What a guy to have in your corner … Pereira wins!