Oaklawn Park Picks: The return of Jackie's Warrior in the Count Fleet S. on April 16 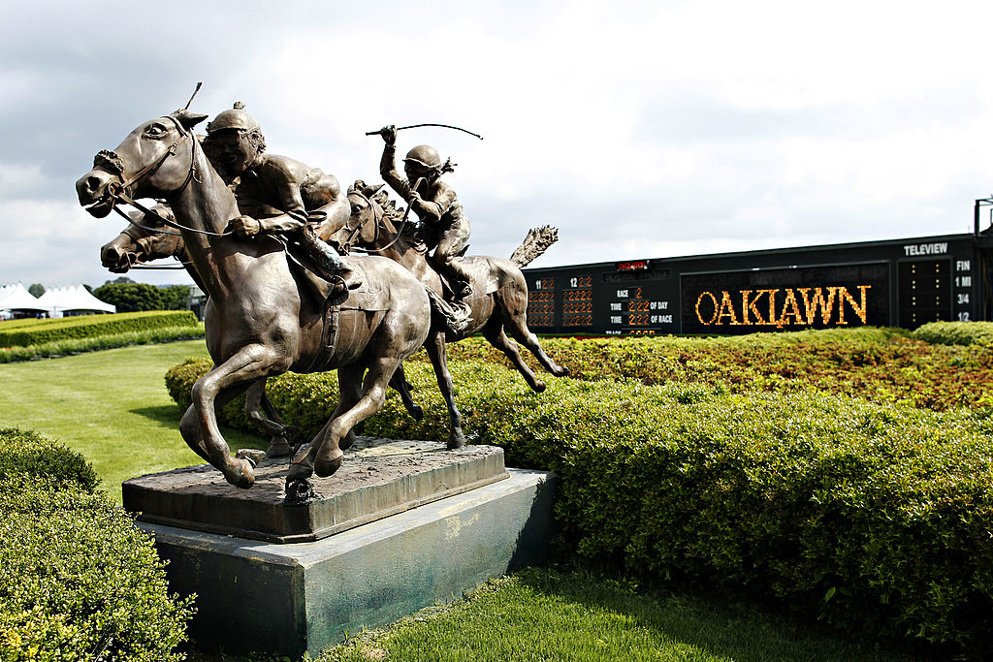 Oaklawn Park takes the stage on Saturday, and we have the return of Jackie's Warrior in the Grade 3 Count Fleet Sprint! Check out that "spotlight," plus all of J.N. Campbell's selections ...

This celebrated home of Thoroughbred culture is playing host to an extended festival! Betting options are the best in the country! The Meet is not over yet! Today, we have a loaded 12-race card, which includes the Grade 3 Count Fleet Sprint!

At Horseracing.net/us we have the sport blanketed, including all of the action! It is a good time for some of the best that North American racing has to offer. Stay tuned! If you're looking for picks elsewhere around the country this Saturday be sure to check out our free Horse Racing Picks via the gold button below. Don't forget to follow us on Twitter ... Horseracing_USA !!!

There might not be much value in backing this Runhappy colt trained by HOF-er Bill Mott, but if he runs to his ability … then he wins. The last time we saw this Frank Fletcher-owned router it was against Classic Causeway in the Tampa Bay Derby (G2). With Jose Ortiz aboard, I honestly though he would run better than 9th. The trip was just too difficult, and it will be interesting to see how he competes in this OC100kn1x event. Ricardo Santana takes the mount, and he continues to have a solid Meet. With strong tactical speed at his disposal, I think he can get the job done against a smaller field like this one. His Payson Park works look strong too …

We are finally going to get the opportunity to see just how good this Arkansas bred sprint champion is, when she takes on open company on Saturday. A fan favorite, the 4-yr-old filly is a talent, and trainer Randy Morse has brought her along very nicely. I doubt seriously that she will be 6/1 come post time, but one can hope. Her local backers are numerous, but maybe some will shy away because this will not be an easy score. She was up against the wall last time at Oaklawn in a “Non-G” stakes race, but held when it mattered the most. Jon Court climbs aboard, and he knows what he needs to do … secure the lead and controls the fractions …

The “stakes” action in Hot Springs is on the wane, but that doesn’t mean what we have left is paltry by any means. When it comes to older horses sprinting, this G3 is one of the highlights during the Meet. We have a major celebrity drawn-in that will have to carry more weight … literally … it’s a handicap, after all … Last year, as a 3-yr-old, Steve Asmussen’s Jackie’s Warrior #5 made the switch from the Derby Trail to the sprinting against older company. Had he not developed an injury in the BC Sprint (G1), most believed he would have won. The odds were certainly in his favor. Coming back to the track after a winter layoff, he is ready to begin anew, as a 4-yr-old. With regular jockey, Joel Rosario in the saddle, he is going to be tough to beat. I was never a “Jackie” fan, but I am willing to concede that Asmussen’s decision to cut him back to sprinting was a brilliant maneuver. In this spot however, he is going to have to carry 123 lbs., and that might be easier said than done. He is going to face a strong local runner in Larry Jones’ Bob’s Edge #6. This is a late-running gelding by Competitive Edge that won both the King Cotton $150k, and the inaugural Whitmore S. (G3). If Luis Quinonez can get a lane open with a furlong left, his mount can roll. In what amounts to a match race, I am leaning towards the Jones entry. In fact, from a wagering standpoint, I am going to predict that Asmussen and Rosario need a race … “Jackie’s” ends up 3rd. Let me take the rest of the field underneath in an Exacta, with “Bob’s” on top. Might be the way to make some cash! Let’s sprint …

Enjoy another fab Saturday trackside! Best of luck on another run at Oaklawn Park! Don’t forget to follow us on Twitter … Horseracing_USA !!!

Opt-in for the ROTW Bet Back offer, only required once for all eligible races. Get your bet back if your horse runs second in selected international races, max refund of $10 per race. T&Cs apply. ALL RACES at the following tracks: Friday - Randwick (AUS), Saturday -  Sha Tin (HK).