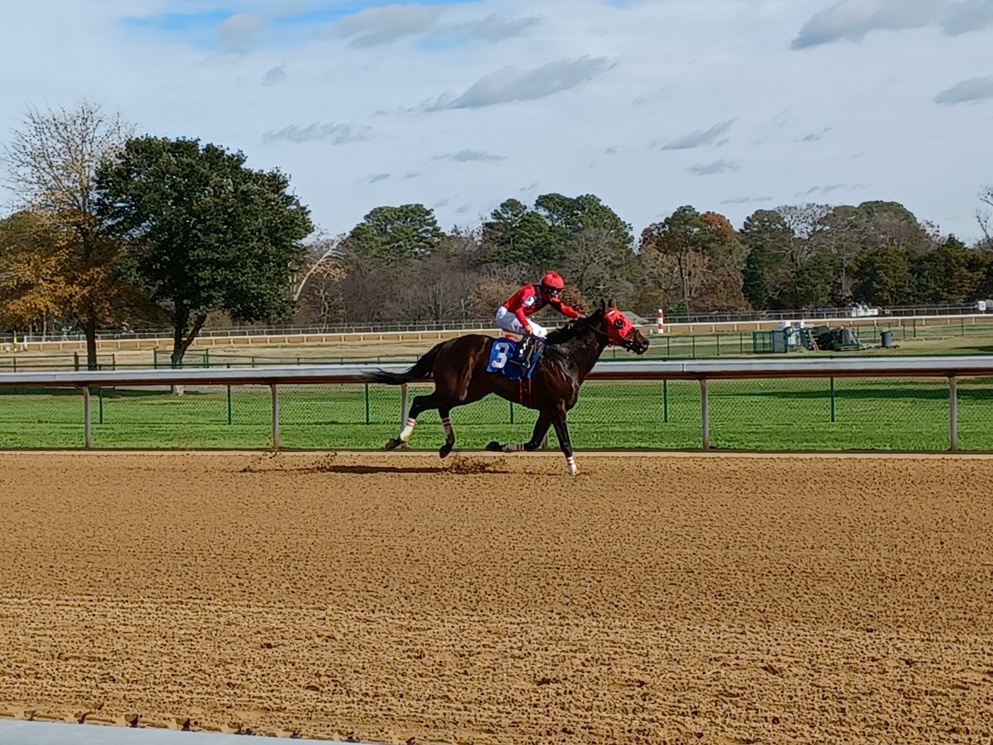 Oaklawn Park on New Year's Day? Nothing better ... Enjoy the featured Smarty Jones S., a full race analysis can be found below!

Celebrated Oaklawn Park is like a college town ... a college town of horse racing, that is ... Hot Springs is not only celebrating the New Year, but also some glorious racing. It should be an absolute blast! Today, the KYD148 Points race, the Smarty Jones S. takes center stage. 10-4-2-1 ... that is what is on the line! Check out our race analysis below ...

Norm Casse is a trainer who continues to establish himself as an “up-and-coming” conditioner. He is distinctly his own man, despite having a famous HOF father in Mark. His stock is always prepared, and I think this entry is easily a “best bet.” If you could get 3/1 on this gelding by Twirling Candy, I would consider it a gift. A former Gulfstream Derby Trail participant back in 2020, this one was stout last time we saw him … Churchill 12 Nov in an AOC62.5k. He bested some horses with better odds, enroute to a strong score. He has travelled to Oaklawn before, which to me is a plus … This colt is a solid bet, even with the extra weight (124).

If you are after a “price” on this Saturday, then look no further than this 4-yr-old colt by Into Mischief. He didn’t look like much in his 1st start for Norm Cash, but like another guy named “Norm” said in one of my favorite sports movies, “Let’s see what kind of hand I’ve been dealt” (Hoosiers). I would like to think that Cash had the same thought in mind when he decided to send his new charge headlong into an ALLW Co. test at one of the toughest tracks in America. Although that jump started well (1st @1C), he ended up going backwards with Reylu Gutierrez in the saddle. This time around he gets Alex Canchari, and maybe the switch will help. What is more likely is that he is much more used to the track. The price is going to be right, and we cannot go wrong with the offspring of Into Mischief!

The focal point in Hot Springs over the weekend is this New Year’s Day Special … at stake? KYD Points, 10-4-2-1 … Talk about a large field … we have 14 entered for Smarty’s Saturday special. When it comes to a top selection, I am particularly interested in Dallas Stewart’s Ben Diesel #14. Breaking from that outside post will not be ideal, but if anyone can handle the chore, it is Jon Court. The wily conditioner is so adept at spotting, that when it comes to the Derby Trail, he deserves the ultimate respect. This colt by Will Take Charge was 4th last out in the KY Jockey Club (G2) at Churchill, but I would not consider that to be a poor performance ... being just out of the money. Willis Horton has some powerhouse homebreds, and I think this one will be a good price in such a big field. As for a couple of others to consider, do not sleep on Brad Cox’s Home Brew #3. Owned by Gary and Mary West, their hot pink colors could be spinning around the top of the lane with Florent Geroux sporting the look. He scored on-track @OP last time in an OC80k event, and let’s face it, Street Sense is still a viable sire. I am sure Cox will have him fine tuned for this event. As for one more that piques my interest, I would also like to point out the exploits of Chris Hartman’s Kavod #4. This colt by Lea was 1st out for the barn in the Advent S. 150k @OP back on 3 Dec. He was game that afternoon, and really produced a fine outing coming from off the pace. The speed fig was a career best, and I liked the energy that was displayed. Jockey Francisco Arrieta is as good as they come, and he might not be a household name, yet, but that doesn’t mean he is not imminently capable. These 3 all look promising for different reasons, and that should make for an affordable ticket!