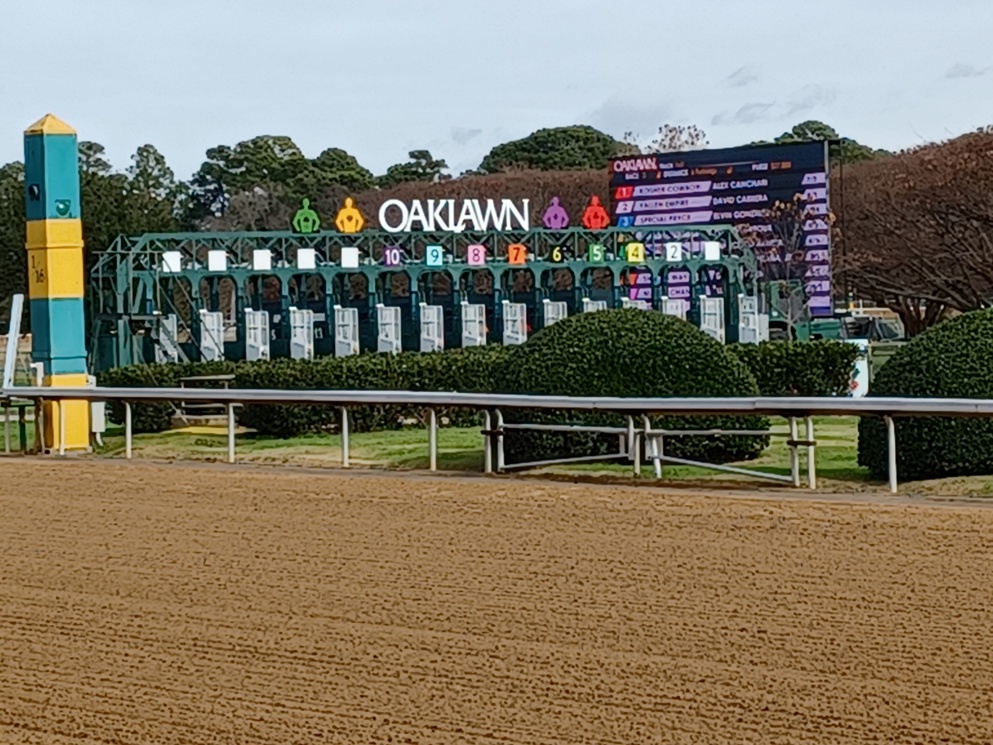 Time to get the Starting Gate at Oaklawn prepped and ready for some Thursday racing! We have all the free selections and write-ups at the ready ...

The southern hamlet of Hot Springs is playing host to an extended festival with some superb racing. Betting options are the best in the country! The celebrated home of Arkansas Thoroughbred culture is switching gears and moving to 4 days of racing in-a-row to make-up for lost time due to cancellations last month. What a treat!

As we move ahead towards Arkansas Derby Day in early April, a Kentucky Derby "Points" race, let us be your guide. At Horseracing.net/us we have you covered, including all of the action! It is a good time for some of the best that North American racing has to offer. Stay tuned!

Here is a layoff horse that some bettors might be concerned about backing because, they say, you just never know what level of fitness they possess when this race goes off. Ingrid Mason knows runners, after a career as a jockey herself. She gets her charges ready to go, and this seasoned gelding of 8 years knows how to be a professional. Edwin Gonzalez can get a win or 2 when it counts, and I like how this one competed last year at Hawthorne. I would take 2/1 on this entry … that is the right price against this group.

It was just a matter of time before this gelding resurfaced … If you go back and watch the replay from his last race on 20 Feb. you will find nothing but trouble from the outset. A 4-yr-old by Will Take Charge, Jimmy DiVito had this one headed in the proper direction back in December. John Cox claimed him after that 20 Feb. contest ... now, this should be a very interesting comeback race to see how he handles the class hike. A runner with ability, this level is not out of the realm of possibility. After 3 races in Hot Springs, he has already faced several of these foes that have been drawn in here. I like that Geo Franco gets the call once again.

I know it might seem odd to focus on this particular contest because the race after it is an ALLW Co. fight. That race is 1½, which is not a regular distance over the dirt, unless you are running at Belmont in early June. They do have these distance tests at Oaklawn, just not that often. Lest we forget, “Claiming Game” races like this one we are spotlighting here are hotly-contested, and at many other tracks would be considered like ALLW Co. anyway … When it comes to a top selection in this route, going 1 1/16th on Thursday afternoon, I am pretty interested in taking on the presumptive favorite, Ekati’s Verve #3. I know Chris Hartman has turned supernova these past few weeks, and when he gets together with Francisco Arrieta, they are downright difficult to beat. However, I think their entry just looks too obvious as he ships in from the Fair Grounds. Just because he ran well at this level down there, does not mean it will translate up here. Instead, I am going to turn to Tom Van Berg and his gelding by Graydar, Make Noise #8. This is a pretty classy runner that can handle the turns, the class, and knows this track after 10 career starts. Van Berg has had some competitive attempts of late at Oaklawn, and that should continue. Rookie rider John Hiraldo, who schooled up in Maryland, is a solid rail rider as a bug. When he gets hot … look out! As far as 1 other pick, I quite like the look of Karl Broberg’s newly acquired, Major Attraction #4. He claimed this horse by Distorted Humor off of Robertino Diodoro, and this is a Broberg specialty … run 1st-off at a higher level. If this one can effectively stretch out to 1 1/16th, then he could be a major player. Here is the bet I particularly like … what a fun race!

Enjoy a Thursday trackside in Hot Springs! Best of luck on another run at Oaklawn Park! Don’t forget to follow us on Twitter … Horseracing_USA !!!