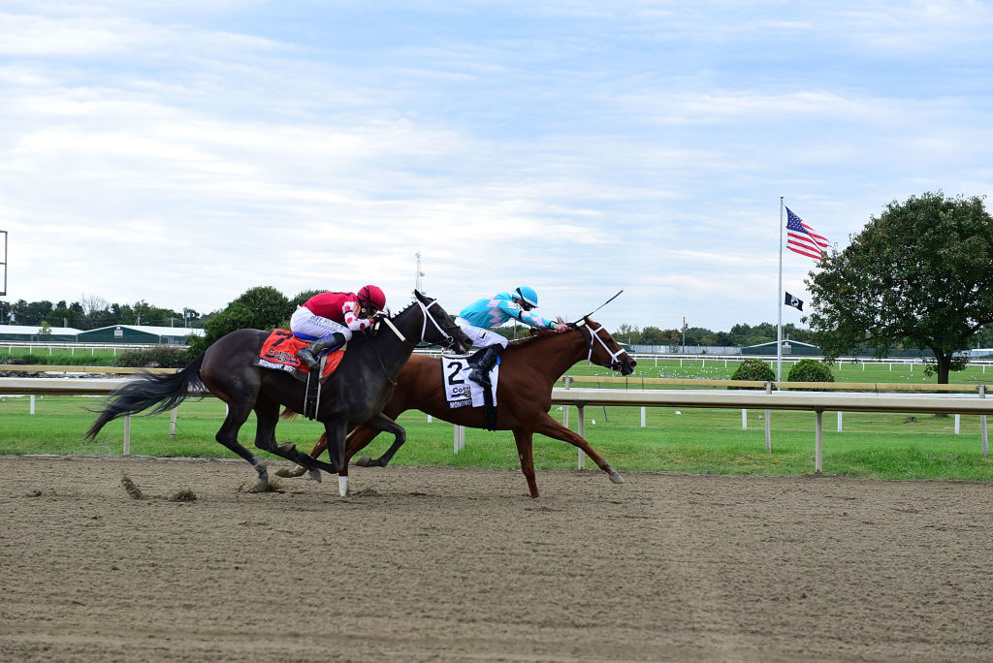 Parx Racing is the site for this weekend's monster card, which features a bevy of fabulous graded stakes contests. Hold on tight as you check out these selections and analysis ...

Pennsylvania Derby Day in all of its glory has arrived this Saturday at Parx. Nestled just on the outskirts of historic Philadelphia, it is the site for some major "graded" events that are sure to make up your plays.

Here at Horseracing.net/us, we have you covered when it comes to handicapping selections, and targeted analysis of all the big races. It should be a great day that includes a total of 5 "signature" races across both dirt and turf ... sprint and route distances. Looking forward to this one? You should be ...

A true distance test, this race is going to be an interesting contest as we have a single 3-yr-old taking on older males … what a mix. At first glance, it would seem that the classiest runner entered in this MT marathon would be Todd Pletcher’s venerable Moretti #3. This 5-yr-old has been through the wars, and he has Medaglia d’Oro in his blood to back him up. That line might not lend itself to going “long,” but let’s remember that Pletcher’s pal has run against the likes of Gufo, Lone Rock, Max Player, Mystic Guide, and Tizmagician. Even though he has not won a race in over a year, he is still going to be dangerous with Luis Saez in-town to ride for Repole and Eclipse T-Breds.

I do not care much for the price on this one, so I am going to seek value elsewhere … I much prefer Michelle Giangiulio’s Sea Foam #8. Funny enough, a half-brother to the #3, it will be intriguing to see how this horse adapts to going 1½. I am not worried because he led all the way last time at 1 1/8th @The SPA. That was a “Non-G” 100k event, and with Joel Rosario aboard, he should be able to take advantage of the pace scenario once again. The folks at Ten Strike Racing are sharp when it comes to backing winners, and I like the price of this one on the M/L at 8/1. Do not sleep on this “wise guy” who used to be in the keep of Christophe Clement. What a pick!

If I had to pick the greatest “name” for a turf race in all of North America, it would be this one … The Turf Monster! The annual event is a good one to wager on because it brings together a diverse group of speedsters … frankly, this is turf racing … so, you never know what is going to happen. I am inclined to throw all my support behind Brian Lynch’s Carotari #4. Out of the superb grass sire Artie Schiller, I think this one has major upside after a miss in the Troy (G3) back Saratoga on 6 August. He outran his odds that day—24/1—and I would expect him to continue to improve this time around. Having to run against Fast Boat and Gear Jockey was no small feat, as both of those lawn mowers are always very tough. The latter won a BC Challenge race at Kentucky Downs that is sending him to Del Mar in November. His early speed can be a significant weapon, and I am hoping that Luis Saez can get him out of the gate promptly.

As for a couple of other options, you could also turn to Ron Moquett’s Firecrow #5, who also likes to get out quickly. If he does, the son of Maclean’s Music can be pretty devastating. The layoff, having not run since May, could be a positive, as he is fresh off the shelf. This conditioner does not run a ton of turf horses, being based at Oaklawn, so it will be interesting to see how he fares. The other entry of some note is Graham Motion’s Caravel #8. The lone filly, she will be taking on the boys. She will be trying to build on what was a budding career while under Liz Merryman, who bred her with celebrity chef, Bobby Flay. Switching to Herringswell and Motion, she went up to Woodbine for a Grade 1, but never seemed to get comfortable. Loose up front, maybe Irad Ortiz took her out too quickly … his brother, Jose, will try to not make the same mistake. Let’s use her in some exotic tickets, but I am not sure she is a “Single” or one to trust with a “win” bet.

This G2 sprint will test the very fiber of every handicapper on this Saturday, and it is going to be a barnburner for sure. The real question is … do you just take the stellar Jackie’s Warrior #7 from the barn of Steve Asmussen and be done with it, or do you try and find one out of the other 6 that oppose her? It is not too clear. I will say this, if the colt out of Maclean’s Music is sharp, then no one is going to best him. He is just too good, too dominating, and too well-conditioned. The only way to attack him is get loose up front, slow things down, and hope you have enough left in the end to get to the wire first. Nothing easy about that proposition. If I had to pick a winner that is not “Jackie’s,” then it would be Beren #6 from the Reid Barn. The colt looks quick, and his style is to go early. If veteran Frankie Pennington, who knows the Parx course like the back of his hand, can catch a break … at the break … then we might have ourselves a horse race. Otherwise, it is going to be Asmussen’s fine runner, who is looking to make it all the way to the Breeders’ Cup.

Earlier in the week, when I previewed this race, I thought that Mike Maker’s Army Wife #5 was pretty highly-rated. She has great connections, a fine jockey, and of course, a superb conditioner. Her signature win back in May in the Grade 2 Black-Eyed Susan was pretty impressive. Trying to beat her in this spot, which of course is a G1 contest, will not be easy based on her class. Joel Rosario can easily take over this race, if given the opportunity.

Having made all these glowing remarks, I am backing another runner all-together. Chad Brown has a winner in Always Carina #8, and she will be an excellent overlay come post time. You are getting veteran rider John Velazquez in this spot, and though she is lightly-raced, that could be her greatest asset. Her class, built on after the Mother Goose (G2) and the Test S. (G1), makes her a player against this group. With Bob Baffert’s Private Mission #7 a scratch, I think Brown has a mighty fine chance to notch a victory at Parx in this spot.

The “feature” of all these “graded” features is the $1 million Pennsylvania Derby. We all know by now that the highlight horse of the race, Medina Spirit #9, will not be making the trip to Parx. Zedan Racing’s colt was drawn too far to the outside, and that did not suit Baffert … so the story reads. Whatever the reasons for this defection, we are still moving on with 9 other hearty souls. Of those, it looks like Doug O’Neill’s Hot Rod Charlie #7 will be installed as the race time favorite at odds of 5/2 on the M/L. That is “deserved,” especially considering his run to the Derby and through the Triple Crown. The story of these connections has garnered some nice attention. As many a turfwriter has mentioned, it is hard to believe that this son of Oxbow was 94/1 in the BC Juvenile! Flavien Prat knows this one through and through, and I am sure he can get this one home, whatever the pace scenario.

Looking for other options in this spot, I am pretty stoked to see Todd Pletcher’s Americanrevolution #10 run in such a marquee event. Of all the runners that are drawn in here, this colt out of Constitution is making the most interesting jump in class. Last out at Saratoga, he dispatched the rest of the field enroute to a 5-length victory. The speed fig. posted (101) was pretty impressive for what ended up being a hand ride by jockey Luis Saez. Even though this colt is not as experienced as Steve Asmussen’s Midnight Bourbon #8 or the Jerkens Barn's Weyburn #4 he still has a HOF trainer in his corner. Do not short his ability to rate, and power away when it is necessary. Others drawn in here will take money, but none have the “promise” that this entry does. If his odds end up at 15/1, or even higher (which probably will not happen), this one is a superb value wager.