Pimlico Picks & Analysis for May 22: An Utterly Enchanting selection in Race 2 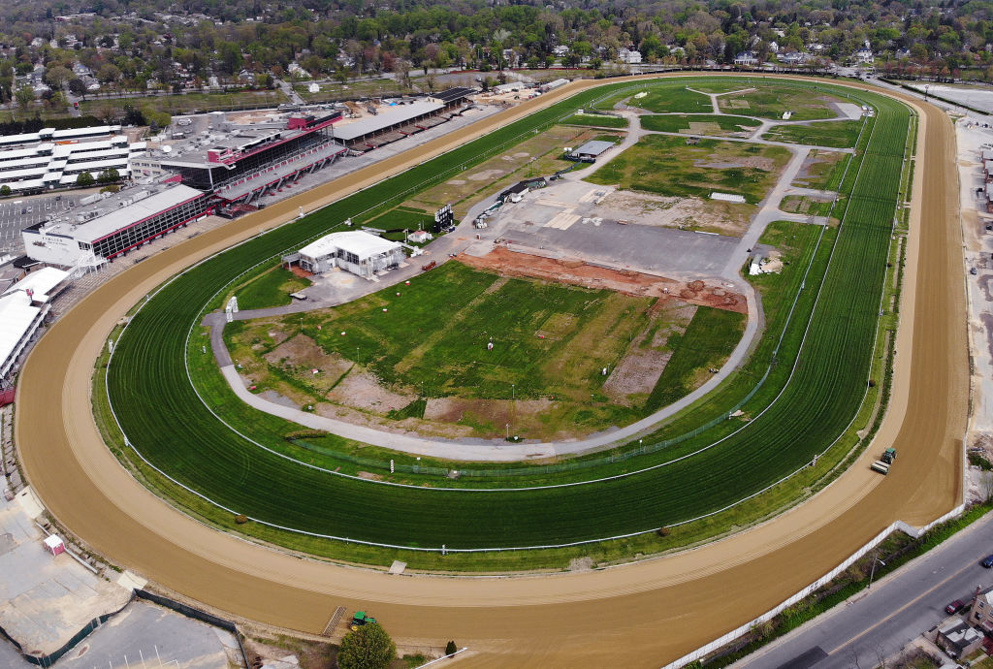 Preakness Weekend is a week done! But Pimlico Racetrack is still the place for some action . . . Test you skills with this great card. All of our analysis and selections can be found below.

Pimlico Racecourse has solid nine-race card on this Saturday! What a week it was in Thoroughbred racing, as we are back in Baltimore. As usual, our turf-man has you covered with selections for the whole card and additional analysis of his strongest opinions throughout the day.

Drawn to the outside, there is no reason to think that trainer Horacio DePaz does not have an easy winner in this ALLW Co. outing at Pimlico. Who doesn’t like the offspring of Uncle Mo? To go with a nice pedigree, Whispering Pines #7 is a filly that has some excellent efforts under her belt. Starting last year at Churchill Downs, her speed figs have always looked swift, and last month at Belmont Park, she was 2nd to a short-priced favorite named Aunt Kat. She will not be 12/1 like she was then. Still, I think she will score against a bunch that is hovering somewhere around lackluster.

I am fully cognizant that Sam and Sy #4 is a heavy favorite owned by Madaket Stables. Over the years, they have joined some powerful consortiums, which have notched some major wins. Much respect … However, today is not the one to be performing the kowtow. Sure, this one sold for a moderate price at the OBS April Sale in 2020, but in 3 races last year, the gelding did not exactly “Wow” the betting public. The layoff is a concern, since he has not competed since the end of last year. There is no way that accepting a short price like 1/1 makes any sense. Looking elsewhere is clearly the name of the game. With a small field like this one it is good to have opinions, so in that vein, I want to back Our Hoisted Mast #5 from the capable training outfit of Tony Pecoraro. This son of Mizzen Mast has a pretty nice level of fitness after some fairly disappointing tries this past spring down at Gulfstream Park. He was shipped up to Pimlico, and sharpened his sword at the claiming level. That win he scored was not an easy one, going 6-wide before the top of the lane. At 10/1, it was a solid win, and definitely one to build on. I think he should be up for another one, as Carol Cedeno climbs back aboard.

Switching from a dirt distance contest, to a turf sprinting one may not make sense. But this is what Utterly Enchanting #5 wants to do. Last time, the mare’s race was moved off the grass, and that created an untenable situation. Now, getting back to something shorter is a good plan to execute for trainer Aimee Hall. I like the price, and it is a positive that she already has reached a nice level of fitness. I would expect her to drift towards 20/1 by post time. Even if she does not win, I think the below wager could bring you a ticket cashed. Jockey Cortez just needs to do his job … maybe he can channel some of that namesake of his (Alcibades) … the general of Athens always did go for the jugular. Just ask the Sicilians, 415 BCE …

The “Spotlight” sack race of the day casts a nice bolt of sunshine on this group of fillies. I say “fillies” because everyone drawn in here is either 3 or 4-yrs-old. No mares are present, despite the conditions. This is a good field of 9, so the directions are plentiful.

Claudio Gonzalez continues to put forward some strong runners who always seem to vie for favoritism. He has a pair of them entered here, and I would not be surprised if either of them won. Lade Clau #2 is getting Lasix for the 1st time, and that always draws the eye of the bettor who likes that particular angle. Last out at Laurel she was in a “Black Type” contest, and though she finished 5th, it was some good experience. With some rest under her, she should be ready to come off-the-bench with some pizzaz. When you see a Brereton Jones bred, the former Gov. of Kentucky, that is compelling enough for me.

As for the “other” Gonzalez brand, Guns Blazing #5, her 8/1 price seems warranted, considering she was pretty disparate against some “Claimers” last time. Going into this race, she is going to need to raise her game. I will use her underneath because, hey … it’s Gonzalez.

As for some of the other ones drawn in here, I like the look of 2 others. Do not sleep on Dale Capuano’s Targe #3 since this filly has already run over the course as recently as late April. That was a 3rd place finish, and I bet she can improve on that showing, markedly. With Jockey Ruiz up, she might be best up on the engine, in order to try and wire the field. Just a gameplan play, to be sure … I also like it when the Russell’s form a bond as trainer-rider, and that is the case with Marvella Nasty #4. Here is a MD bred that could put to use some of that back class, after running in AOC events for her kind. Now switching to Pimlico for the first time after only running at Laurel Park, maybe she will take to it like a duck to water.

Roll ‘em all in for a nice score in the dime Superfecta!