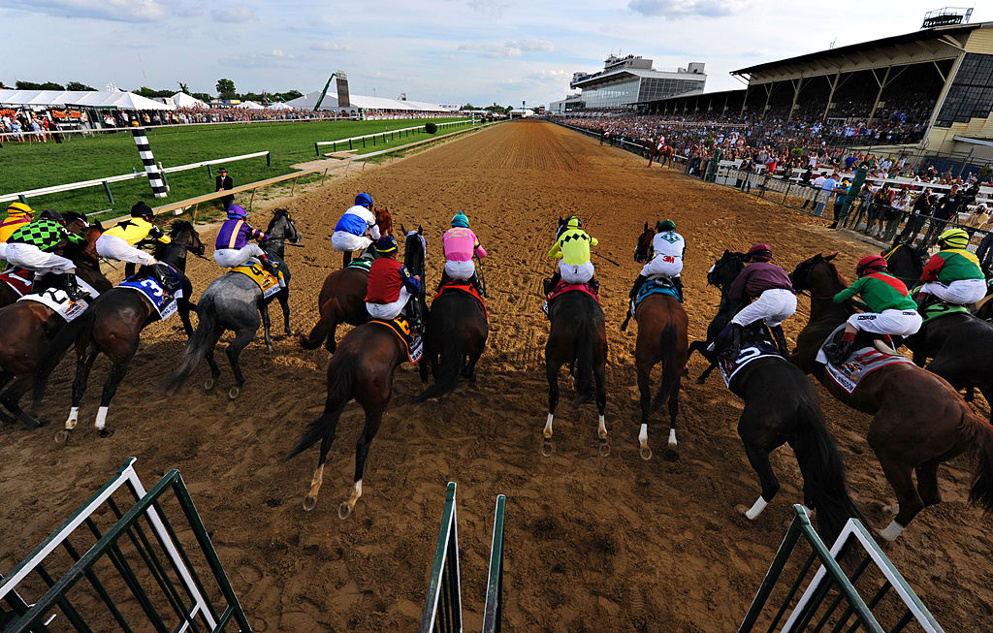 Pimlico Racecourse's Meet continues, as it fills in for Laurel Park ... See who J.N. Campbell likes on this Saturday ... Some stakes races are on tap!

Pimlico Racecourse is rounding out its Meet, as it continues to fill-in for Laurel Park. That Stronach-owned track had to undergo an emergency renovation, and Old Hilltop stepped in. This Saturday, there are some interesting stakes races on tap, that should make for some excellent betting opportunities. Stay tuned ...

The word is out, and pretty much everyone knows that the offspring of Golden Lad like to go fast whether it be dirt or turf when it comes to sprinting. They are looking sharp out there, and that means they are going to get bet down. This Maryland bred is already accomplished and she comes into this “Non-G” event in style. In 15 starts, she has over $400k to her name, which is an impressive figure. In this spot, she should get home nicely for Brittany Russell, who has her husband, Sheldon, in the irons for Madket Stables. To put it another way, this is her race to lose.

Harpers First Ride #6 is going to take significant money in this spot, and maybe that will overshadow Ian Wilkes’ gelding who is owned by Bourbon Lane Stable. That outfit has had some nice runners over the years, and they work with Wilkes often. This seasoned 5-yr-old has some back class, and though he has not won in a bit, let’s remember that he was up against some tough competition at Churchill Downs. When you are running in the Grade 1 Clark S., that is no easy lot. I would expect Wilkes to have him primed in here, and he might be able to take advantage of a favorable pace scenario. His price will be in the double-digit range, which is more than just a little inviting.

Here we have a short field, but one that is long on quality. Of course, it looks as though Brittany Russell’s Whereshetoldmetogo #5 has the inside track to be the presumptive favorite. After a score over a Delaware Park in a “Non-G” the gelding out of El Padrino is coming back to Pimlico to try and put together a better run than last time. Back in April, he tried to get going in the Whiteley S., and clipping heels with another entrant ended his day—9th. Thankfully, no one was injured. Madaket has a good one here.

If you are looking for a worthy alternative to the Russell entry, then what about a speedster like Laki #4 out of the barn of Damon Dilodovico? This 8-yr-old gelding is proving continually that age does not matter. He is a tried-and-true MD Bred with over $825k in earnings to his name, so I wouldn’t overlook his sprinting prowess. He is fit as can be, as he attempts his 4th straight try on the Pimlico MT.

One other that I would consider seriously using in any horizontal wager comes from the stable of John Ortiz. Mucho #2 is already a veteran in his own right, with 24 starts to his credit. Last out, he was up against some stiff comp in the Kelly’s Landing S. @CD back in late June (2nd). Coming back to Maryland might be just the ticket. His 2021 has included trips to Oaklawn and Keeneland, which were by no means easy places to ship into. Reylu Gutierrez has the call, and his riding on the dirt can be inspired.

Enjoy some storied racing in Baltimore! Best of luck on another beautiful day at Pimlico!

Free Saratoga Picks for Thursday, August 4, 2022 as HorseRacing.net provide Handicapping and Selection for the…