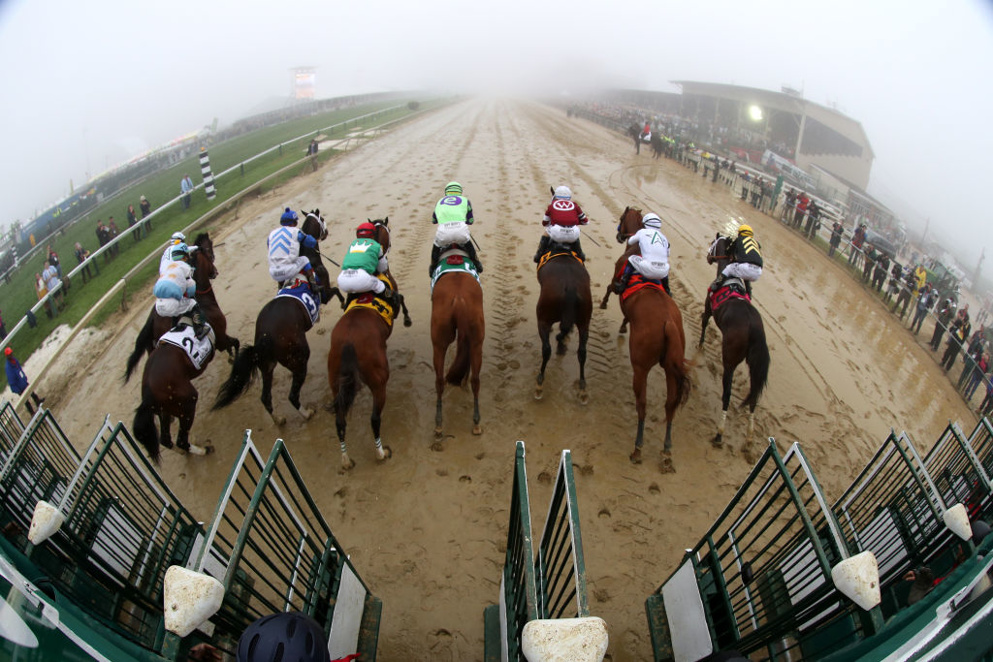 Swiss Skydiver took out the Preakness in impressive fashion

Yes, he did. Last week, I authored a commentary piece called “Did Kenny McPeek Just Lose the Preakness?” In it, I suggested that McPeek’s hesitancy to enter his talented filly, Swiss Skydiver, in the Preakness might cost him dearly.

Without a decision from his trainer, the stakes-talented Tyler Gaffalione chose to turn down the part, remaining in Kentucky to ride in the juicy weekend races at Keeneland. McPeek scrambled like a golfer in the deep rough. With less than a week to go, mothballed veteran rider Robby Alvarado became the solution. Pundits frowned, including me.

Could Alvarado be detrimental to the outcome? After all, the aged relative had never ridden this filly. Yes, Thoroughbreds are Thoroughbreds, and they run and they run and they… But, what about tendencies and quirks? How would you know what to do at any given point in a race if you had never taken them out? Race car drivers rarely just hop into cars without a test drive or spurn the opportunity for time trials.

This situation looked like a disaster waiting to unfold. Even though riders do just their jobs well into their 50s, Alvarado (age 47) had had his day. What was that quote about a dog? At any rate… Yes, he won the Preakness in a thrilling finish aboard Curlin back in 2007. That horse took down the Derby Champ, Street Sense, and there were hundreds of thousands of torn up tickets that day (raising my hand)). Could this jockey do it again? It did not seem likely.

What many of us forgot is that Kenny McPeek does not just make a decision based on an impulse. He has experience and attacks problems with assurance. This is a Central Kentucky gentleman with a strong morale compass with years of trial and error under his belt. Though he has only one win in a Triple Crown race, it was a doozy in the Belmont at 70-1, a number of years ago.

Still, he understands that you play the man across from you, taking the cards you are given and assessing the situation. McPeek was cagy throughout the run-up to filing for the Preakness because he wanted to see if Tis the Law was going to enter. Sackatoga and Barclay Tagg stayed home, so that gave McPeek the chance to put a plan into action. I do not think he believed that Gaffalione would back out, but that’s racing in 2020. Starting a horse anywhere is part logistics, part diplomacy, part hair-brained scheme, and has to be mindful of COVID.

But Preakness 145 was not all McPeek. He knows he cannot train and simultaneously ride the horse. That does not happen at elite levels, so he put Swiss Skydiver in the hands of a guy who has what he has, experience. Sure, it was a risk, but going for a win in the last leg of the Triple Crown series takes guts.

After he named Alvarado as his jockey, he spent time with him. They conversed, went to every meal once they arrived in culinary Baltimore. Those chats became essential.

Before the Preakness went off, most pundits were expecting a speed duel up front. The hot pick for most handicappers was Art Collector because his running style on the front end was much more aggressive than the Derby champ, Authentic.

Art Collector had done this type of running in both his Graded Stakes wins back in Kentucky, so it was plausible that once again he would go to that playbook. Tactically, Skydiver was similar. Mind you, the filly dueled up front with Art Collector in the Blue Grass (G2) and lost. So, here was her chance for payback.

Have you ever watched a horse race and thought to yourself, “OK, so here they go, ok, that is what they are supposed to do…” The minute you start that flawed thinking… Larry Collmus’ call, once the race went off, was nothing like we thought. As they went past the Grandstand at Pimlico no one wanted the lead. You can see Robby Alvarado glance over at Authentic, not wanting to commit to taking him on. Art Collector? Not up front…and by the backstretch, unusually placed from where he likes to be.

The same could be said for Swiss Skydiver. For about half the race, Authentic was in firm control. He reached 10,000 feet with no turbulence. It looked like it was going to be a beautiful ride, and it seemed a foregone conclusion that the Preakness was his. Then, something happened.

Robby Alvarado, the jockey who had not been in this position for some time, saw an opening. Not far back from the leader, he pushed his horse’s button, the time arrived. He took it! Knowing that Authentic liked to stay off the rail, Alvarado cruised her up alongside the left of John Velasquez, and the match race was on. That move on the back, that decision, maybe would not have been made by Tyler Gaffalione. We will not ever know. Speculation does not matter. The result by less than head at the wire came and went.

Moving forward, McPeek and Swiss Skydiver’s connections have another set of conundrums before them. Where should she go next? Both the Breeders’ Cup Classic and the Distaff beckon.

Should the Kentucky card shark go for the gusto and take on the boys again? Or challenge a field of fillies and mares for the crown of best in gender? And what about Robby A.? Does he retain the mount? My vote, if I could, would be to head to the Classic. What a gift it would be to see their horse in that race! As for who rides, Alvarado earned his stripes. Retain him, since it seems a match. Will see...

For now, what this last out performance tells us is something very reflective about the duality of sport and life. We cannot predict the future. Nothing is for sure in a horse race.

We simply do not have the prescience to know how it will go. What we do come to understand, as students of this great game, is just when your confidence brims, that is when the cup runs over. In the same right, interpreting the lessons of Preakness 145 reminds us that taking chances can payoff. Remaining behind one’s castle walls, or in this case back in the stable, stunts ideas about what is beyond. Coda: We cannot be afraid to try.

Free Charles Town Picks for Thursday January 21, 2021 as HorseRacing.net looks at the races and give you their…

Free Turf Paradise Picks for Thursday January 21, 2021 as HorseRacing.net looks at the races and give you their…

Free Delta Downs Picks for Thursday January 21, 2021 as HorseRacing.net looks at the races and give you their…

Free Fair Grounds Picks & Analysis for Thursday 21 January 2021 as HorseRacing.net looks at the races and give…

Free Aqueduct Picks for Thursday January 21, 2021 as HorseRacing.net looks at the races and give you their Free…