Preakness Stakes 2022: Epicenter vs. Secret Oath, along with 7 others 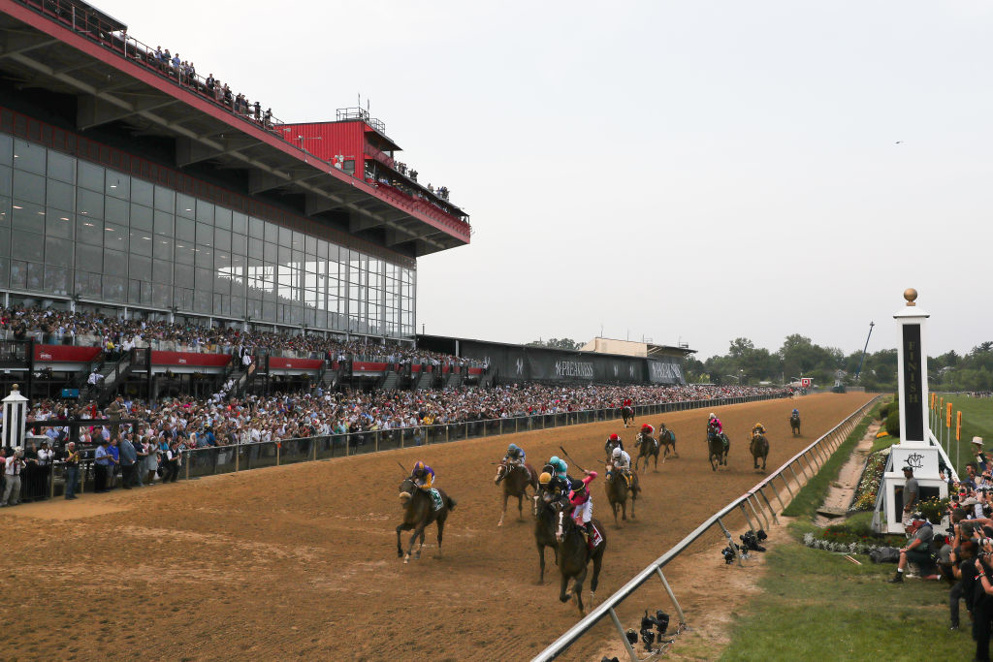 It is Preakness Preview time ... as the 147th Edition of the race takes center stage on Saturday from Pimlico Race Course. Turfwriter J.N. Campbell offers his thoughts on who has drawn-in!

The 147th running of the Preakness Stakes is upon us, and with the field set, it is time to rundown who made it in. The 2nd Leg of the famed Triple Crown has a unique distance for a dirt race in North America—1 3/16ths. A “Classic Distance,” it presses those that enter to balance speed and stamina. Historically, it was a foregone conclusion that the winner of the Kentucky Derby would arrive at Pimlico Race Course ready for action … this year is different. The connections that own Rich Strike have decided to by-pass Baltimore, and point towards the Belmont Stakes in roughly three weeks. In the meantime, the 3-yr-olds that have assembled will be trying to win at “Old Hilltop,” securing the opportunity to hoist the historic Woodlawn Vase that was crafted by Louis Comfort Tiffany. The group of conditioners that has assembled here includes a bunch that knows what that feeling is like. It includes, D. Wayne Lukas, Steve Asmussen, Doug O’Neill, Chad Brown, and most recently in 2020 with Swiss Skydiver, Kenny McPeek. Will they have the chance to repeat on Saturday, or will there be a new face that comes calling? We shall see …

The 4th place finisher in the Kentucky Derby, Antonio Sano’s colt by Not This Time (a half to Epicenter #8) is hoping to improve after just 2 short weeks. That is the way it goes … the Triple Test. Sano is forced to make a rider change, with Jose Ortiz moving over to pilot Early Voting #5. Getting John Velazquez is not too shabby a pick up. There is no question that this entry is super-talented for part-owner Tami Bobo, but he is going to have to keep pace with the leaders. He had something to “run-into” at Churchill, we will see if that comes his way at Pimlico. I will be using this one underneath, but not on top.

Last time out, Kenny McPeek’s colt by Creative Cause got the perfect trip, and had enough pace to run into … going 1 1/16th on the MT at Churchill. It was the Derby Day undercard, and while the speed fig was strong, I am not sure this is the horse to be backing in a spot like this one. These are seasoned pros, and although the Keeneland Sale Grad has “Classic” potential, I think this is one to chalk-up to “wait and see.” Brian Hernandez deserves a spot among the elite jockeys of North America, and it is great to see him part of the Trail. Others deserve a hard look … this isn’t one of them.

A former member of Steve Asmussen’s outfit, this colt has a celebrated sire in his bloodline … Curlin … a former Preakness Champion. It is going to take all he can channel to win this Grade 1, and even though he has early speed, it will probably not be enough. Kevin McKathan isn’t a trainer most are familiar with, and that certainly doesn’t mean he cannot spring an upset. Let’s not forget though that this 3-yr-old was last in the Blue Grass Stakes (G2) in early April. It is hard to back a runner that was 36-lengths behind Zandon. I think this is simply too much to ask of this horse, even with expert rider Florent Geroux in the irons.

Let the lady pass … HOF legend D.W. Lukas is once again back in the Preakness with an entry … it is race he has had the most success. His filly will not be asking for permission on Saturday, she will probably be trying to take the wire by storm. By now-deceased sire, Arrogate, the 3-yr-old has already attempted to take on males in the Arkansas Derby (G1) back in April. I still think that the “middle move” she made in that race is the highlight of the year so far, when it comes to exhibiting sheer power. Even though she didn’t win, her resounding victory in the KYOaks (G1) solidified her big race ability. Doubt her at your peril … is a comment that comes to mind. Jockey Luis Saez, who took over for Luis Contreras, when Lukas made the switch, said as much. A homebred for Briland Farm, she has a bright future, even if she doesn’t win this particular race.

I realize that Chad Brown’s colt by Gun Runner is going to be a popular pick by many ‘cappers on Saturday. My thinking is … against … Sure, he is talented, and we all know that Seth Klarman invests in solid runners. He paid $200k for this one at the Keeneland September Sale in 2020. Most will remember how the Baltimore native brought Cloud Computing to Pimlico, winning with Javier Castellano in the saddle. Jose Ortiz is having another strong year, but I am wondering just how sharp this one is going to be compared to some of his more experienced rivals? He might be able to wrestle the lead away from some of the early speedsters, but can he hold it? More questions abound with this one … Another … Are we looking at a repeat of the Wood Memorial (G2), when Mo Donegal caught him late in the game?

A couple of Preakness runs for trainer Doug O’Neill stick out in my mind. The first was the powerful performance by victor, I’ll Have Another … and the other was the loss by Nyquist in a speed duel with Exaggerator. Both were instructive about patience and pace. Here is son of Oxbow, a sire that won this race with Gary Stevens aboard in 2013. The trainer … the “Coach,” D.W. Lukas … O’Neill has tried hard with this Calumet Farm homebred, but it just does not seem to be in the cards. He is going to be a big price come Saturday. Maybe they should have dealt this runner, instead of Rich Strike? That’s a bit cheeky, isn’t it? What we do know is that Tyler Gaffalione is going to work hard … he sure did with War of Will in 2019. Never underestimate the heart of a champion, I suppose.

This is a Preakness without Bob Baffert … or is it? Tim Yakteen, who took over the bulk of the HOF trainer’s stable, is coming to Baltimore with this colt by Quality Road. We last saw this runner at Santa Anita, starting back in December, when he made 5 successive starts. The SA Derby (G1) was a miss, but he did rebound against 5 others on the Sunday after the Derby in SoCal. That was all on the frontend that afternoon in an OC100kn1x event. Yakteen is handing Irad Ortiz the keys, and I am sure SF Racing/Starlight/Madaket are looking forward to seeing what he can do. I will be using him underneath in several types of bets, but I think this water is a bit too deep near the Chesapeake. Wager on top at your own risk.

The winner of the Preakness is … well, it could be this colt by Not This Time, couldn’t it? HOF trainer Steve Asmussen has managed this one for Ron Winchell, and I liked him when he ran impressively in the Gun Runner Stakes $100k at the Fair Grounds on the day after Christmas. I tried to beat him a couple of times during the Louisiana Series, but it did not workout. I think if he is anywhere near 8/5 on Saturday, then that is a pretty worthy price. He has solid form, good works under him, a Derby performance that was excellent, and let’s not forget, an Eclipse Award-winning jockey in Joel Rosario. Winchell was 2nd last year with Midnight Bourbon (who sadly passed away this past month), but they will probably have the best chance of visiting the winner’s circle … having that weather vane painted in maroon and white.

If there is a long shot pick that is really worth backing, then it is this son of Exaggerator for Saffie Joseph. We know that sire sprung the upset against Nyquist back in 2016, and his son is going to try and do the same in 2022. This conditioner’s year has just gone splendidly, and it would be quite an accolade to add a Triple Crown win to his resume. His colt is not without “graded” attempts. In the Wood Memorial (G2), he ran 3rd behind Mo Donegal, and rival, Early Voting #5. Clearly, extending out in distance will suit because if you can go 1 1/8th (which he did in the Gulfstream Park race before, OC75kn1x), then you can “get” a distance like this one. Junior Alvarado is going to get a shot piloting this one, and he already has been aboard on 3 other occasions. His late speed figs will come in handy, if he can get something to run into. I will be using this one in all sorts of wagers.

Join us Saturday for all of our Preakness Day selections! Should be a great set of races from Pimlico Race Course! Don’t forget to follow us on Twitter … Horseracing_USA !!!