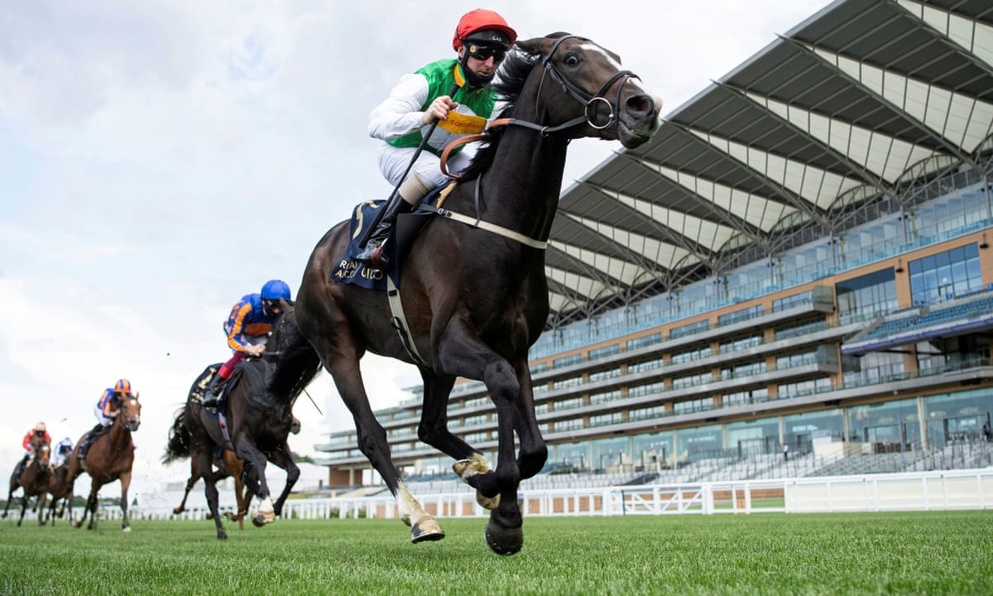 The Royal Meeting begins on Tuesday and runs through Saturday next week! Turfwriter J.N. Campbell covers the U.S. runners that will ship ... assessing their chances! Have a read ...

Top hats ... tails… the pageantry and élan is back once again … it's Royal Ascot!

This time of year always reflects what we can expect from Thoroughbred racing on the international stage in mid-June. Everyone who follows racing understands this means that Wesley Ward and a bevy of other North American trainers will be headed to the "Royal Meeting." The presence of Her Majesty the Queen is in-question, especially since her Jubilee Celebration just ended last week.

The historic 5-day event, which begins on Tuesday June 14th and races through Saturday June 18th, is a must-watch on the global Thoroughbred calendar. The powerful and the graceful represent a wide-range of flat runners who will vie for the honor and glory that is some of the greatest contests on the planet.

As part of the festivities, Americans continue to play a major role in several key races, which all take place on the turf. Traditionally, some “give” in the ground is welcome, as entrants come from not only Europe, but other locales from Japan to the Middle East. The United States is present, and has had its share of victories.

Ward, a former jockey turned conditioner, figured out long ago that he could take raw 2-yr-olds, and train them up in the warm of environment of Florida and the cold of Northern Kentucky. Readying them at such a rapid pace, with gate-training and “baby races” at Keeneland, allowed him to enter some strong sprinters at Royal Ascot. Strike the Tiger, Lady Aurelia, etc. … His success includes the likes of Graham Motion, Mark Casse, and many, many, others.

This year, 9 have shipped in … ready to take on the best and the brightest the world has to offer. Here is a short list of 4, that are ones to catch, as they try to get home, reaching for Royal Ascot glory …

THE FOUR TOPS AT “ROYAL A”

Celebrity Chef Bobby Flay actually looked shocked that his homebred won the Breeders’ Cup Juvenile Turf (G1) at Del Mar last November. He had to know that he had a buddy star on his hands. Christophe Clement drew-up a plan over the winter, as Flay’s filly went from 2 to 3-yrs-old. With the Royal Meeting as a possible target, they used Aqueduct’s Memories of Silver S., and then the Hilltop S. at Pimlico as “preps.” New rider Joel Rosario is hopping a flight, and he is going to be up against a very tough field of fillies, that includes Graham Motion’s Spendarella. However, the Europeans are powerhouses, and I would underestimate them at all. You know Dermot Weld’s Homeless Springs, and also John and Thady Gosden’s Inspiral will be bringing their best. What a race this is going to be! WATCH: Coronation Stakes (G1), 1 Mile, Friday, 17 June

Trainer Graham Motion has made a number of trips to England, and he knows the drill. Stabling his charges in Newmarket makes for a great staging plan. Even though he is originally from the UK, he moved to the U.S. as a teenager. He has learned much from the experience of Wesley Ward, who is a master of logistics. There is much to like about this 3-yr-old, who happens to be a New York bred for Gainesway Stable. With 3 starts to her credit, she accelerated her routing ability with victories in the Herecomesthebride S. (G3) at Gulfstream Park, and in Keeneland’s Appalachian S. (G2). Motion then sent her to his base at Fair Hill in Maryland, and she has worked hard going from 5-furlong breezes to 7. Building a strong fitness before she flies over was clearly a priority. Regular rider Jose Ortiz is making the trip, and his riding can be well-timed when it is necessary. Could this filly deliver Motion his 1st Ascot win? We shall see … WATCH: Coronation Stakes (G1), 1 Mile, Friday, 17 June

We expect Wesley Ward to come with a strong hand when it comes to shipping to Ascot. Here is a 2-yr-old filly with a big chance. She is well-bred by US Navy Flag, who you might remember was a successful speedster for Aidan O’Brien. That sire was by War Front, so there is turf up and down the bloodline. Ward always develops his 2-yr-olds by giving them an early boost in the “baby races” at Keeneland. Normally, the go 4½F and turn-and-burn down the backstretch. Their conditioner teaches his charges to break as quickly as possible, and this all adds up to an edge. Ward’s system has been copied by others, but he still is the American original. Super jockey Irad Ortiz gets the call on this young one, and based on her debut at Keeneland, she looks incredibly quick. She is going to need it … this is one of those giant 30-horse fields. She is a standout though, and I would not be surprised if she ends up in the winner’s enclosure. Top hat and tails … at the ready Mr. Ward! WATCH: Queen Mary Stakes (G1), 5F, Wednesday, 15 June

This could be one of Ward’s most talented individual runners of all-time! That is high praise indeed, especially considering who this Kentucky-based trainer has had in his midst. What we know about this son of Uncle Mo is that this is a colt that possesses breakaway speed. He blazes out of the blocks, and uses that quickness to his advantage. Ward is bringing Irad Ortiz to England, and he knows this one’s tendencies backwards and forwards. The straight, flat racing in Europe is much different than the “turn-based” turf racing that is found in America. Ortiz is going to have to work hard to keep his mount focused, and hope that he can make a sustained run. In “Pal’s” 2 prior attempts … at Ascot in the Norfolk S. (G2), and in York at the Nunthorpe S. (G1) … a “win” was not to be found. However, he is more mature, and ready to pounce. This race should be his for some celebrated connections. WATCH: King’s Stand Stakes (G1) 5F, Tuesday, 14 June

Enjoy Royal Ascot this week! It is sure to be another celebrated 5 days of running on the turf … Be sure to follow us on Twitter … Horseracing_USA !!!