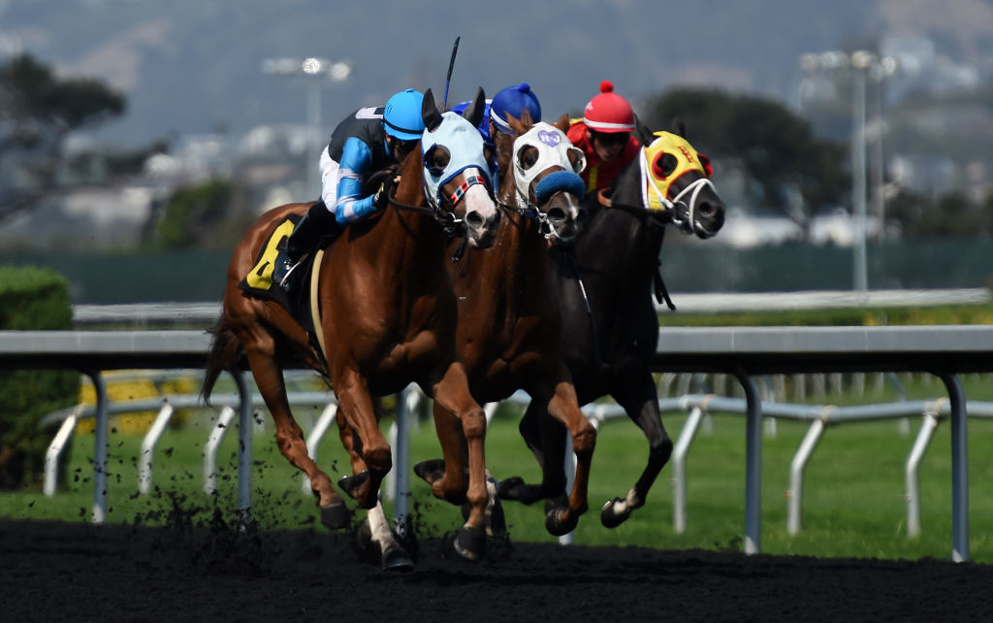 Both our in-house handicapper take a look at all the horses in the Kentucky Derby.

All their results over the past 12 months are listed below along with their Morning Line Odds and the full field of runners for the 147th running of the Kentucky Derby.

This piece is all about the runner-up in the Jeff Ruby - Sainthood. Tough to think he's anything but a back-runner but our turf-man isn't completely ruling him out. He has the five-post...

If I have no use for the G3 Jeff Ruby Steaks winner, then it’s probably a safe bet I’m not interested in the runner-up. While that is mostly true, there’s no doubt Sainthood was best that day as he was stymied at a critical point of the race and was gaining on Like the King at the finish. I actually think this horse could have a future, however this is only his fourth career start and he’d need to run the race of his life just to get a small piece of this. He’s another hard pass for me, but I’ll be keeping tabs on this one.

The route through Northern Kentucky and Turfway Park sounds inviting since it happens to be in the same state as Churchill Downs. However, the racetracks are fundamentally different in the way that they align. Running on the All-Weather surface has difficulty translating to the good old-fashioned dirt of the Twin Spires.

Churchill Downs Inc. owns both, but that is about where the similarities end. History is really not on the side of the Jeff Ruby Steaks (G3) runners. The final Pletcher entry (and yes, there are 4 of them), is a colt out of Mshawish. If you don’t remember that sire as a router, then you should go look at this form. Some of his state-side notoriety came on the grass, competing in some of the signature events for trainer Pletcher. I wouldn’t say his progeny are in high-demand, but so far, this 3-yr-old by him is easily the best when it comes to earnings.

The Jeff Ruby 2nd place score was toothsome, as he just missed catching Welsey Ward’s Like The King. Posting a speed number like 93 makes one take notice, but it is going to be hard to swallow that this one can hit the board in KYD147. It is probably better to think that this one might end up being a quality turf horse later in the season. Winstar Farm might not want to hear that, but the bloodlines are there to back up such an assertion.

You can bet on the 147th Kentucky Derby with any of our betting partners via the Race Card below. Just click on the odds of the horse you'd like to back and then select which operator/sign-up bonus you'd like to use. You'll then be taken to their site to complete the sign-up process so you can place your bet on this year's Kentucky Derby...

Brad Cox finally has a Derby horse (two actually) but he rolls into Churchill Downs with the favorite. Undefeated and oozes class. 2-1 is short for me but our turf-man has him as his selection.

A very very impressive winner of the Santa Anita Derby. Installed as the 5-1 second-favorite. Has only run once on dirt and blew away a good field. Not entirely sure if he's the real deal but I know he's got a real chance.

Tricky inside Post Position. Arguably the most effected by the PP draw. 6-1 on the Morning Line should drift. Not heavily fancied by the HR.net team

A California invader who impressively took out the Louisiana Derby. He may well provide the early speed. Win contender.

Plenty of buzz surrounding this Into Mischief colt. Went stride for stride with Essential Quality at the Blue Grass. He will be our editor's pick.

If you are looking at a value play from the middle of the odds then Mandaloun may well be it. That clunker at the Louisiana Derby has people worried but if was just one of those days - 15-1 could be long.

Bob Baffert's only Derby horse. Was at #1 with our in-house handicapper for the final few weeks of the Prep season. Our editor likes him too. Real game horse who won't let anybody down. 15-1 screams value.

If Dynamic One is in the mix for the Derby then it'll be quite the surprise. Runner-up to stablemate Bourbonic in the Wood Memorial. Real long-shot.

Kenny McPeek is a darn good trainer. This horse is getting better with every race. Can he get in and among the front-runners coming down the stretch? I'm dubious but you can't just rule him out.

Plenty of tactical speed for a nice horse who seems a step below the top contenders. Could win if everything - and I mean everything - falls his way. Most likely to be in the mix for the exotics if anything however.

A fast-finisher - O Besos has a chance to hit the board on Saturday. Has plenty of late speed and a 96 Beyer in his third-place at the Louisiana Derby was better than expected.

Winner of the Grade I Arkansas Derby last time out. Has seen rapid improvement in recent months. One to use in your exotics. Post #18 has won this race two years running.

A 72-1 winner at the Wood Memorial got him into this race. If he can repeat he'll be a hero. Not sure he has the class to be in the top five let alone top three.

Our editor likes this one. Finished second in the Grade I Florida Derby. Inexperienced but a big strong horse. Tough to see a winner but he isn't a bad shot in your exotics.

A 50-1 play who doesn't even interest. Has sniffed the tail end of qualifying points in some lackluster preps to get in. Hope his connections enjoy the day!

An undefeated three-year-old with a major prep win under his belt is a 50-1 shot? That says everything. Lack of speed figures plus a lack of experience means it'll be a tough ask. At 50-1 though on the M/L might be worth a couple of bucks.

Has come through the synthetic track route at Turfway Park. Really poor in both his dirt starts. Even 50-1 seems short .

Final horse to get into the field. Only score on the Prep Trail was a win at the Remsen before Christmas. Pass.

At one point he seemed like a real contender. The problem is every time he races, he looks like a complete pretender. Another 50-1 long shot.

A runner-up in the Jeff Ruby to earn 40 points does not make a Kentucky Derby contender. It just doesn't.