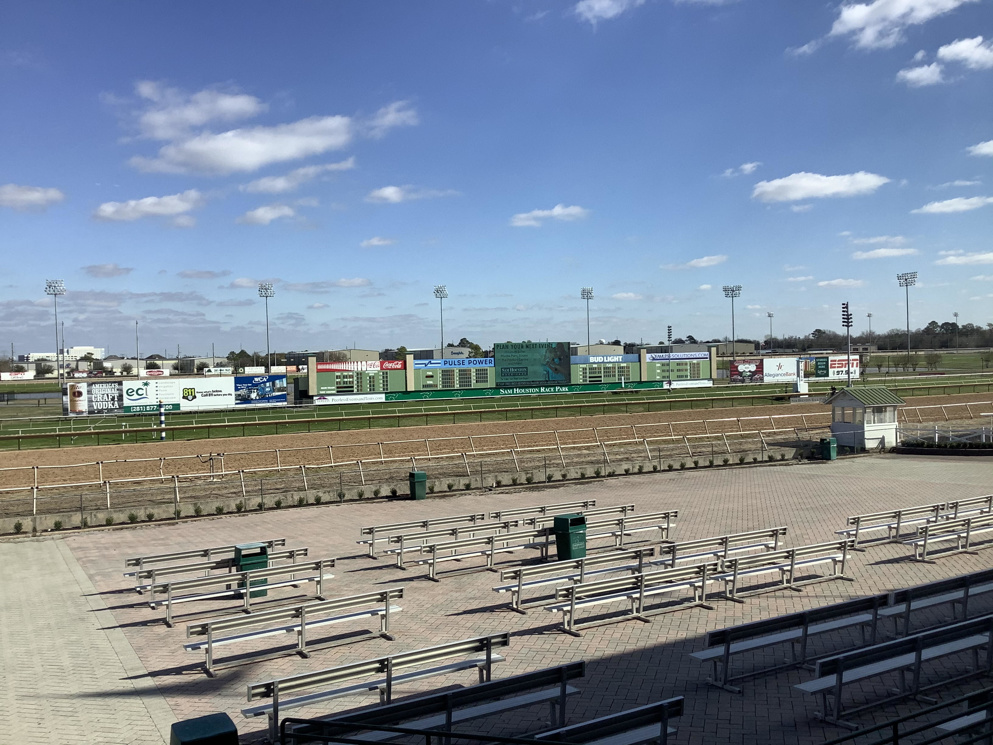 Sam Houston Race Park has another great Thursday card ready to go! Check out these selections, plus as an added bonus, our expert analysis! Tote on ...

Playing SHRP is a must ... With low takeouts at 12% for wagers like the Daily Double and Pick 3s, 4s, 5, and the Space City 6, there is absolutely no reason to not be. The well-tended John B. Connally Turf Course, in addition to great fields and a solid purse structure, is now running 4 days a week until early April. The team in H-Town is trotting out another excellent Meet.

At Horseracing.net/us we have you covered, including all of the action from SHRP! It's a good time for some of the best racing in North America has to offer. If you're looking for picks elsewhere around the country this Thursday be sure to check out our free Horse Racing Picks via the gold button below. Do not forget to follow us on Twitter ... @Horseracing_USA ...

It continues to be well-documented that when Ronnie Cravens and Ernesto Valdez-Jiminez pair, they can win some races. They are 13% in the win category in 54 starts together. In those last 2 contests, going roughly this distance and at this precise level, the team just did not have enough in the end. It is time for a breakthrough … As fit as can be, the gelding by Secret Circle will be breaking from a solid post, and should get the trip he needs to win. If there is a hotter pace this time around, that should be of huge assistance to his cause. I know odds of 5/2 are pretty short, but this is a “most likely” play, after all …

In this MSW Sprint on the Sam MT, we have a group of geldings, save 1. Breeder and trainer C.R. Trout is a bit of an anomaly in this business because it is rare when you can do both. He has amassed over $11 million in earnings over his career, and isn’t about to stop now. One of his greatest winners of all-time was Shotgun Kowboy. That runner’s dam was Shotgun Jane, who is also the brood mare of Shotgun Up #4. Last fall, this gelding got down to business and started running at Remington. In 5 career races he missed breaking his maiden against MSW Co. Despite this, his efforts were sound, and he gradually improved each time. Now, coming off a break, Trout has him ready to fire in his ’22 debut. His price has the potential to be double-digits. Looks like a bet to me, as Trout and Weston Hamilton hook up again.

Amid the showers and the wet MT, we have a solid group of sprinters that are assembled for this ALLW Co. contest. This is a mainstay on the Sam card throughout the Meet, and it can bring some major value, if you can find that diamond in the rough. Of course, you will have to be willing to take on Steve Asmussen’s Flash Magic #6. That might not be as daunting as you might think, especially since this Stonestreet homebred failed as the favorite last time in a similar. Stewart Elliott had the call that day, and gets it again … Despite this one’s back class, and the stellar connections, I am willing to look elsewhere. My top pick is from the Trout Barn. Fast N Fine Worker #8 had a good 2021 campaign, even though she did not visit the winner’s circle. Running at Oaklawn, Lone Star, and at Remington, she comes to Houston well-versed when it comes to running against ALLW-types. As with the prior entry I mentioned, Trout bred, owns, and also conditions this 4-yr-old by Outwork, so if there is anyone that knows what she can do, it’s him. With the services of Richard Eramia, she should be ready to fire, breaking from that outside post. One other entry that I want to use in a Trifecta Box, is Ry Eikleberry’s mount, Markup #1 from the establishment of Robertino Diodoro. This filly by Mark Valenski is also coming off-the-bench, and she is a true sprinter. Not only does she get the leading rider at SHRP, but she also trains in a barn that knows how to get horses ready when it comes to the aftermath of a layoff. Her maturity, and connections (the excellent Highlander Training Center) should shine through. Let’s use all 3 of these dirt sprinters because they are going to barrel ahead … looking for that wire!